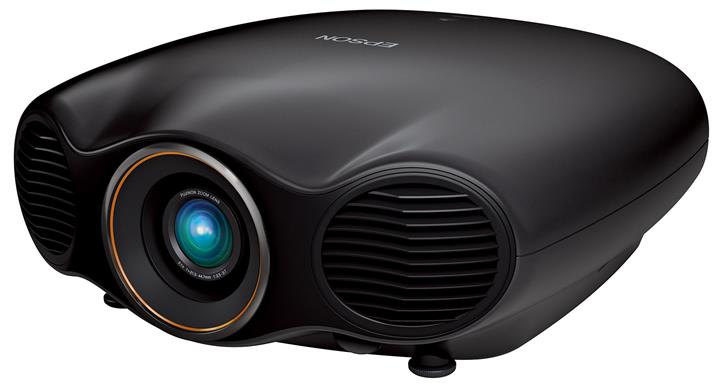 If you’re in the market for a home theater projector, you’ve probably fantasized at least a little about a true 4K projector. However, at about $12,000.00 for an “entry level” model, few of us can afford such luxury. Fortunately, there are more reasonably priced alternatives. Both Epson and JVC manufacture “pseudo 4K” projectors that simulate 4K images despite their use of 1080p chips. You’re no doubt thinking that true 4K has got to be better than simulated 4K right? That’s likely true, but a well implemented 4K simulation is nonetheless head and shoulders above 1080p and considerably less expensive.

Epson’s entry into the pseudo 4K world is the LS10000. At $8,499, it isn’t exactly cheap but it’s a good bit less than $12K. The LS10000 represents a significant departure from Epson’s prior product lineup. This projector is squarely aimed at the higher-end and custom installation markets.

Epson uses a technique called pixel shifting to produce its 4K enhancement. The projector’s DSP system analyzes the incoming video signal and generates two new frames for every frame it receives. Each of the two new images contains “half” of the original information. The system then offsets the second frame diagonally by 0.5 pixels thus simulating a 4K image. This is a similar technique to JVC’s “e-shift” technology.

However, 4K enhancement is only one of the LS10000’s secret weapons. The other big one is lasers.  Instead of using a conventional high pressure lamp as a light source, the LS10000 has diode laser arrays – two, to be precise. One to produce blue light and the other to produce the red and green light needed for a full colour RGB image. In fact, the “LS” from the model name actually stands for “Laser Series”. There are only two models in this series, the other is the LS9600e. The most notable difference is that the LS9600 doesn’t include the 4K enhancement feature but adds WirelessHD.

Why lasers? There are some significant advantages, the biggest of which is longevity. Typical high pressure lamps used in projectors last for about 2 to 4 thousand hours at full power or 4 to 6 thousand hours in Eco mode. In contrast, the LS10000’s lasers have a life expectancy of about 17 thousand hours at full power and 30 thousand hours in Eco mode. If you didn’t want to do the math yourself, at 2 hours of use per day, that’s more than 23 years of viewing at full power. Not too shabby! With the LS10000, you can expect many years of trouble-free life and no bulbs to change. This also leads to a lower cost of ownership over the projector’s lifespan. With some bulbs costing as much as $600 each, replacing one every 2,000 hours over the same 23 year span would cost you $5,100.

Another significant advantage is long-term stability. Conventional lamps not only deteriorate quickly in brightness, but their colour spectra also changes with age. That means that a projector calibrated with a fresh bulb should, in theory at least, be professionally recalibrated periodically as the lamp ages. Ouch. That cost of ownership just keeps rising! On the other hand, the LS10000’s lasers will very gradually lose power over time but the colour spectrum should remain fairly constant. Once the unit is properly calibrated, it should remain that way for a very long time. For the sake of comparison, a conventional lamp will lose about 25% of its output over the first 500 hours of use. The LS10000’s lasers will lose about 1.5% over the same time span.
Finally, certain performance advantages can be gained from lasers. The LS10000 has a broad, 10 bit colour gamut that even complies with the DCI-P3 standards used in commercial movie theaters. This enables the projector to display over one billion colours. This may seem irrelevant but UHD Blu-rays can take advantage of this expanded colour palette. Lasers also help make spectacular contrast ratios possible. Epson’s reflective 3 chip Liquid Crystal on Quartz (LCoQ) technology is capable of producing great contrast ratios to begin with. When paired with lasers, things get even better. The lasers’ power output is continuously variable. This allows the projector to use its lasers as a dynamic iris that further enhances its contrast ratio. The improvement is quite dramatic. There is yet another advantage to this arrangement. Unlike their mechanical counterparts, laser-based irises react very quickly. This very much reduces the auto iris lag time problem found in many conventional designs.

The LS10000’s lasers can even be turned off entirely, producing a true 0 lumen output. Epson calls this “absolute black”. This would be unthinkable with a conventional bulb since the warm up and decay times are way too long. Lasers on the other hand, can turn on and off in an instant. The LS10000’s “infinite” contrast ratio stems from this ability. If you divide the maximum 1500 lumen output by 0, you get an infinite contrast ratio. Although true on paper, in reality the practical contrast ratio is determined by dividing the 1500 lumen maximum by its lowest output with the laser light source actually on. This yields a contrast ratio of about 100,000:1. There’s a gap separating the projector’s best black with its lasers on versus off. But no projector that I know of can produce a true black with its light source on. The LS series projectors are merely unusual in that they can turn theirs off.

When viewed from the front, projector status lights can be found on the top left hand side of the LS10000’s chassis. There’s also a small pop out control panel on the side just beneath the status lights. In addition to the unit’s input and control ports, the rear panel also houses the projector’s air filter. The system includes two HDMI ports one of which is a partial implementation of version 2.0 and supports HDCP 2.2. The other is version 1.4. The first HDMI port can support 4K input signals up to 10 bit 4:2:2 at 60fps. There’s also one composite video, one component video and one VGA input. Two trigger outputs, one Ethernet and one RS-232C port round out the control options.

In addition to the motorised shutter mentioned earlier, the LS10000’s zoom, focus and lens shift functions are also motorized. Did I mention this was a high-end projector? The unit’s zoom ratio is 1.0 to 2.1 and its lens shifting capabilities are up to 90% vertically and 40% horizontally. These are phenomenal lens shifting specs. This allows a great deal of flexibility when positioning the projector. The LS10000 can be used with front or rear projection screens and can easily be ceiling mounted. In fact, the unit even includes a ceiling mount, ceiling plate and 1.5” NPT column. That’s a really nice bonus. Speaking of which, the box also contains two pairs of 3D glasses.

The LS10000 is rated at 1500 lumens which is plenty for environments with reasonable light control. It would work well in a media room, but couldn’t compete against direct sunlight. In a dedicated home theater, this projector would truly shine even with a 150” screen. The system is also endowed with no less than 10 lens memory settings. This makes it easy to transition between different aspect ratios like 2.35:1 or 1.78:1. Although the LS10000 does support anamorphic lenses, this feature pretty much eliminates the need for one.

The projector is also equipped with a frame interpolation system for motion smoothing. However, it can only perform motion smoothing and 4K enhancement simultaneously if the input signal doesn’t exceed 1080p/24. With higher bandwidth video signals, only one of the two functions can be used at a time. Considering that movies are usually shot at 24fps, the 1080p/24 video streaming from Blu-ray players is probably the best HD signal likely to be sent to an LS10000 anyway, so this works out very well.

The LS10000 boasts both the Image Science Foundation’s suite of calibration tools and THX certification. The ISF tool allows the projector to be professionally calibrated to maximize image quality and colour accuracy. THX certification, on the other hand, ensures that the unit meets or exceeds Lucas Films’ strict quality control standards. The projector even offers two THX picture modes, one for 3D video and the other for 2D material. The unit has eleven picture modes in all. Some of the remaining nine include a Digital Cinema, Adobe RGB, Dynamic and Normal mode. The aspect ratio can also be adjusted with options including anamorphic wide or horizontal squeeze modes.