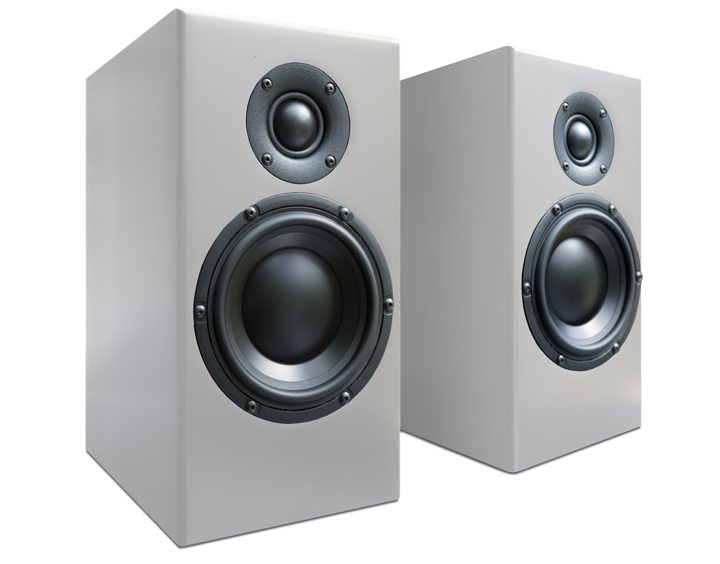 The SKY’s were designed by Totem specifically for easy room placement. Even being rear ported, they can be placed close to the front wall without becoming boomy sounding. In fact, I found the SKY’s one of the easier speakers to get placement right. They are not fussy like the Model-1’s were. I almost drove myself to distraction trying to get my Model-1’s to image properly, moving them millimeters at a time to get a perfect balance. They SKY’s are basically plug and play, place them in any reasonable equilateral triangle from your listening position, and you are rewarded with an open, wide presentation with well balanced stereo image and a convincing soundstage.

I found the SKY’s generally much easier to drive than the Model-1’s. Placement of the SKY was very simple. In fact, I put them on my custom made stands where my Model-1’s previously were at home, and was immediately rewarded with a wide-open soundstage and perfect left/right balance. There was no need to adjust them. Tweeter height sat just above ear level from the sweet spot. In my room they actually seemed to dig much, much deeper than the rated 48 Hz that Totem states. In fact, during the audition period I ran my system with my subs off.

Drums were snappy, tight and dynamic. Cymbal crashes exhibited the perfect level of attack of decay. In fact, drums are one of the strengths of these speakers, especially cymbals. Perhaps it has something to do with the dome tweeter’s extension smoothing things out. Cymbals were never brash or harsh but instead bloomed in a natural, organic way.

Thanks to the advanced soft dome tweeter the sound signature of the SKY reminded me more of the Totem Sttafs than the Model-1’s, but a fair bit less warm and laid-back sounding than the Sttafs.
They are very balanced sounding speakers as there seemed to be no emphasis on a particular frequency. Tonal balance was excellent, the integration between the woofer and the dome tweeter seemed flawless. Treble, midrange and bass were perfectly integrated.

Joe Strummer & The Mescaleros “Global A Go Go” is a good album to get a different sampling of musical instruments and sounds. Acoustic guitar, piano, flute, bongos and plenty of vocal harmonies are present on the album. Joe’s voice was raw and raspy as usual, without being scratchy or distorted. Sound effects were wide and spacious. The vocal harmonies on the track “Global A Go-Go” were absolutely astounding. Piano on “At The Border, Guy” was clear and percussive, as it should be. The flute on “Bhindi Bhagee”, which is not normally one of my favourite instruments, was airy, engaging and pleasant. Bongos panned nicely left to right and seemed to extend out past the outside barriers of the speakers in “At The Border, Guy”. Acoustic guitar was smooth but still plucky, strums were liquid, and string picks had enough attack to feel each note. Bass was tight, tactile and articulate. I could easily discern each individual note in the bass line instead of the bass being lost in a single note drone.

To switch gears a little bit, the next album up was Iron Maiden’s “Powerslave” album. This is one of my all time favourite albums, and is very well produced (before the days of heavy dynamic compression). This album features not only excellent guitar tone, but one of the best bass players in the business. “Aces High” was  brisk and snappy, the SKY’s never let the music get ahead of them. The dual guitar tone in “2 Minutes to Midnight” was smooth, spacious, wide and richly harmonic. Evident on this album was one of the previously mentioned strengths of the SKY’s; the accurate reproduction of drums. The opening sequence of “Flash of the Blade” features a drum introduction where the drums were again, tight and snappy. Bruce Dickinson’s voice had a natural openness to it, and the SKY’s were able to reproduce his falsetto notes with no strain whatsoever. The reverb that followed Bruce’s voice was spacious, expansive and natural sounding. The guitars in “Powerslave” were meaty and chunky. It’s almost impossible to mention Iron Maiden without thinking of Steve Harris (as mentioned). His bass playing is relentlessly precise and articulate. The SKY’s were able to reproduce his lightning fast bass lines accurately.

Just for fun I decided to really switch things up and put on some Glenn Miller Orchestra. My dad was a huge Glenn Miller fan. He loved swing. In fact, I grew up listening to Swing music on an old McIntosh tube based console system that took up an entire wall. I wanted to hear how the SKY’s would handle horns. “In the Mood” the brass was open and clear, without being bright. Saxophone was breathy and soulful without sounding raw or honky. In “Pennsylvania 6-5000” the clarinet was smooth, woody and reedy sounding. “Moonlight Serenade” was as sweet as I remember listening to Glenn Miller with my dad when I was a kid.

The SKY’s are definitely adept at handling any sort of genre you want to throw at them.

I used to think that that Sttafs were the sweet spot in the entire Totem line-up. They were well built, affordable, and eminently listenable. I believe that the SKY’s have superseded the Sttafs as the sweet spot in the line-up. They feature all the attributes of the Sttafs (besides the obvious difference of one being a column, and one being a monitor speaker), but are an improvement on so many levels. The SKY’s take the Sttaf’s laid back nature and add a dose of kinetic energy that makes listening to music engaging and fun.

For less than 2k the SKY’s offer tonal balance, a warm presentation while still being punchy and dynamic, and are of exceptional build quality. If the attributes you are looking for in a speaker are easy placement, long term listening sessions and the usual exceptional Totem build quality, look no further than the SKY’s. They really should be on your audition and want list. 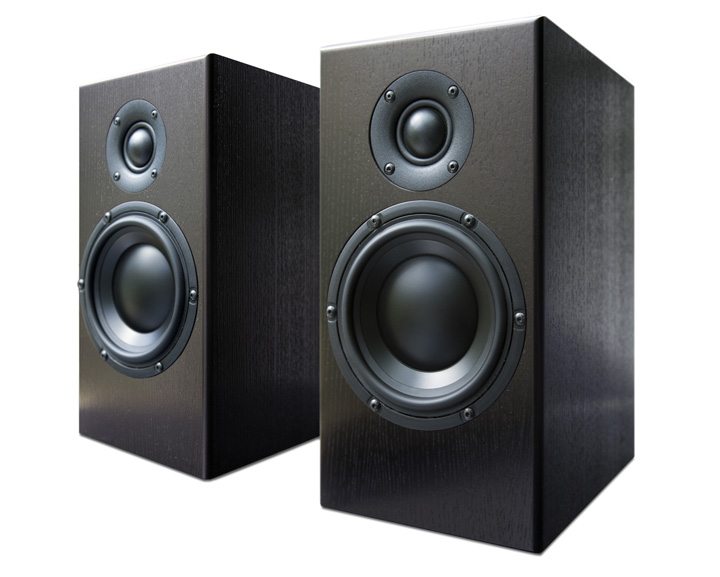