Rotel has built a strong reputation for long term listening satisfaction over their 60+ year history, consistently earning high recommendation from critics and veteran audiophiles alike. They offer a broad product catalogue to satisfy the needs of high value seekers, and satiate the dreams of state of the art devotees, with successive pricing and performance lines of integrated, separates, CD players, and home theatre fare, topping out at their no compromise MICHI components.

The award winning integrated A14, released only a few years back, sits proudly at the top of their midline tier, but evolving consumer demand and knowledge derived from other in-house design work, made ripe an opportunity to improve the breed. After many hours at the proverbial drawing board, and much R&D, the updated A14 MkII has emerged.

Product Description
The MSRP increases to $1799 (CAD), and the weight to 19.7 lbs, but to outward appearances, all looks familiar. The MkII keeps the svelte, low profile of the original, folded sheet metal top and sides, with a 5mm solid aluminum front plate, in choice of brushed silver or black. The top cover is well ventilated for good heat dissipation. On the front panel there’s a power switch for on/off/standby with status confirmation via colour LED, a USB 1.0 input for iOS devices, a 3.5 mm headphone jack, A/B speaker selector (or deselect for dedicated headphone use) and 9 individual source buttons. Additionally there’s a 3 button menu selection array, which allows you to step through source functions and setup via the front panel display, and of course, a volume knob. 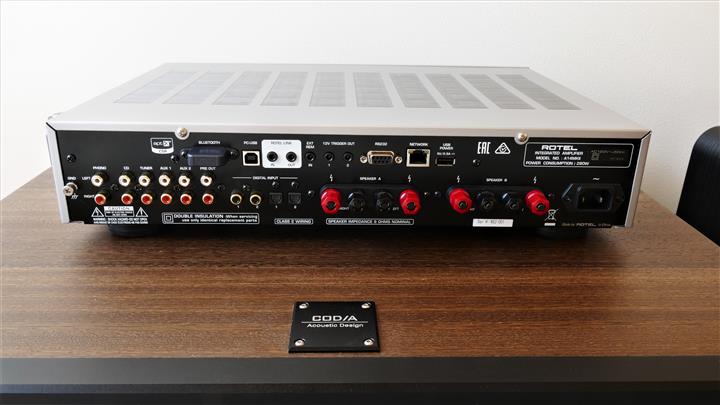 The rear panel is loaded to the max. There’s generous RCA connectivity with 5 analog inputs, including a MM phono stage, as well as overabundance on the digital side with 2 coax and 2 optical, plus a PC-USB input to handle the higher resolution capabilities of USB 2.0. The PC-USB input offers Roon Tested certification which is great news for anyone wishing to use the Roon platform for digital music playback. Preamp outs are provided for those seeking higher power amplification. Streaming is accommodated via aptX and AAC Bluetooth and there’s even a USB charging output provided. Two sets of gold plated binding posts service 2 pairs of speakers. RS232, Ethernet, external infrared receiver input, and trigger connections, round out the field. Rotel link connectivity is provided, but not utilized. Included in the box are a quality remote, batteries, Ethernet and USB cables, and a USB stick with drivers and a manual.

The changes of the Rotel A14 MkII are mostly beneath the skin. The internal circuitry has been revised and sees part upgrades intended to give the A14 a significant boost in sonic quality. The power supply gets a redesign, leveraged from their Tribute project, and there are component changes at the DAC output filters, as well as numerous others throughout. There’s also a significant substitution at the A14’s digital heart. The MkII trades the former AKM DAC for a newer Texas Instruments chip, retaining the upper limit 32/384 spec on the PCM front, but dropping DSD capability in order to bring MQA and MQA Studio into the picture. While this may disappoint those with a library of DSD material, it will open up a vast high resolution catalogue for the streaming community. 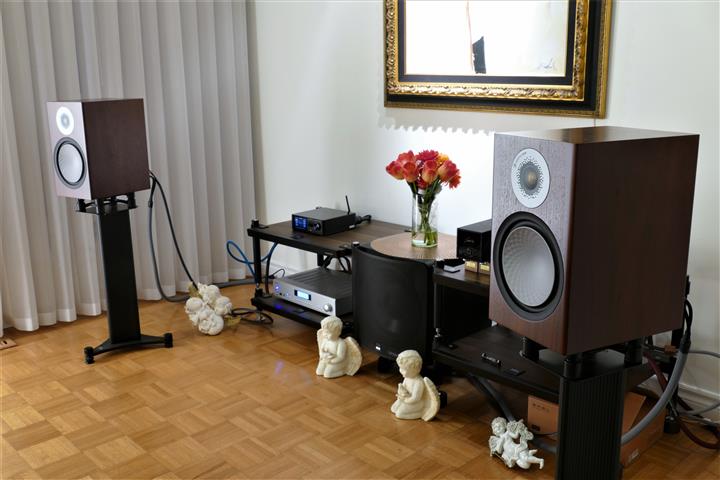 Listening Tests
While arranging this review, my reputation for possessing challenging speakers preceded me, so distributor Kevro International kindly included a pair of award winning, Monitor Audio Silver 100 speakers, to provide an alternate reference. As it turned out, the Rotel matched my current benchmark, the Mark and Daniel Maximus Monitor MkII speakers, to near perfection, but since opportunity allowed, the Monitor Audio combo also saw service. Three pairs of headphones were tested for compatibility, plus different cabling scenarios, including bi-wire, were explored to see what improvements could be gleaned. Although the tone controls were effective and unobtrusive, the review was conducted in bypass mode for cleanest sound. Musical selections came from either a music server, or Tidal streaming for MQA titles. All digital inputs saw duty, with PC-USB proving most versatile, although Coax and Optical options also gave good results, the former offering mellower presentation, the latter superiority in attack. Bluetooth provided acceptable results for casual listening but was an obvious step down from the alternatives. Phono went untested since my vinyl days are only a pleasant memory. On to the A14 MkII’s basic personality…

Rotel has built this integrated amplifier for long term listenability, and the tonal character reflects that thinking. Overall balance was what audiophiles term as “good solid state“, extended and controlled in the bottom, clean in the mids and top, but leaning just the smallest touch towards warmth. This balance yields a more lifelike presentation and has the added benefit of making lesser recordings more palatable. Fundamental disposition described. Forward to the headphone observations. 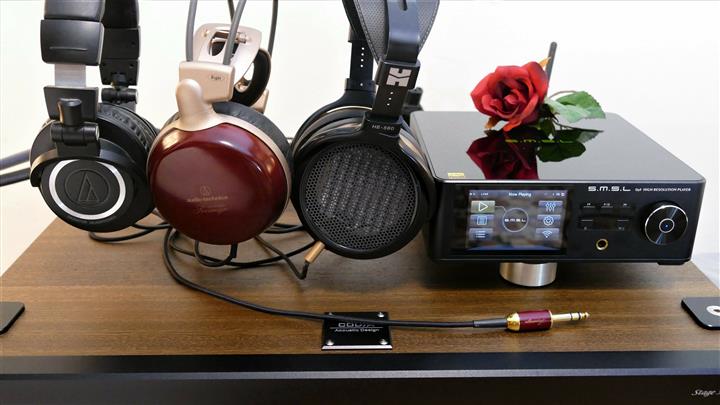 The A14 MkII had moderate output capability that worked splendidly with the Audio Technica ATH-M50, making it a top match. It showed good dynamic bounce, strong, controlled bass and a good level of refined detail in the upper end, as well as a clean, well delineated spatial and image presentation. The planar HiFiman HE-560 proved to be the weakest pairing, but this was not unanticipated, since this exotic headphone normally demands dedicated, muscular amplification. A less challenging planar like the stablemate HE-400i should afford a more suitable match. Personal listening covered. Time to let the speakers have the floor. The listening notes are an amalgam of Mark and Daniel and Monitor Audio speakers, and yes, better cabling scenarios netted improvements in all parameters. While by no means snobbish, the A14 MkII was discerning.

The Rotel engaged me from the opening lines of Jacintha’s rendition of “Boulevard of Broken Dreams” from the CD Lush Live. This is soft, sultry material with the emphasis on soft. Get the tonal balance or the micro dynamic structure wrong, and lush turns to mush. The A14 MkII, weaved an articulate and seductive presentation, the orchestral accompaniment a carefully measured dynamic blend, punctuating without overpowering. Individual instrument lines were clearly separated and easily followed. The Rotel also showed higher tier refinement in the upper octaves, where it demonstrated impeccable responsiveness and control over the Mark and Daniel’s AMT drivers. On the soundstage and imaging front, the integrated did exceptionally well presenting a large sense of space, with good width and depth, and fair projection. Image focus and localization, while slightly diminished compared to absolute reference grade, were exemplary for this price level.

For dynamic and transient torture tests, I confronted our stalwart Rotel with Reference Recordings’ Big Band Bassie, as well as Winston Ma’s remastering of “Zapateado” on This is K2 HD Sound, one a wide open swing jazz recording, the other a blistering flamenco assault of rapid fire footwork. These pushed the integrated’s hefty 80 watt/channel power rating to its limits feeding the insatiable M&Ds. Yet, the A14 MkII held composure with finesse, capturing the speed and intensity of the hardwood barrage, and keeping orchestral layering clean, only applying gentle compression when severely taxed rather than exhibiting overt signs of distress. Switching to the Monitor Audio Silver 100’s on the same material afforded more ease and greater fervor. Deduction? The Rotel will show exuberance if allowed but grace under pressure.

Conclusion
So that’s the Rotel A14 MkII in a nutshell. It delivers huge performance, versatility, and high value. Properly matched, there’s abundant sonic quality to anchor an upscale audio system with distinction. At its hallmarks of tonal balance and dynamic gradation, it’s an upstart that can challenge higher tier, and in its handling of space it’s accomplished enough to give strong hints of what’s further up the Rotel line. It may not be a MICHI but it’s certainly a blood relative.

The old laurel leaves are getting dusty. Time to cut some fresh ones for the A14 MkII. Easy recommendation.