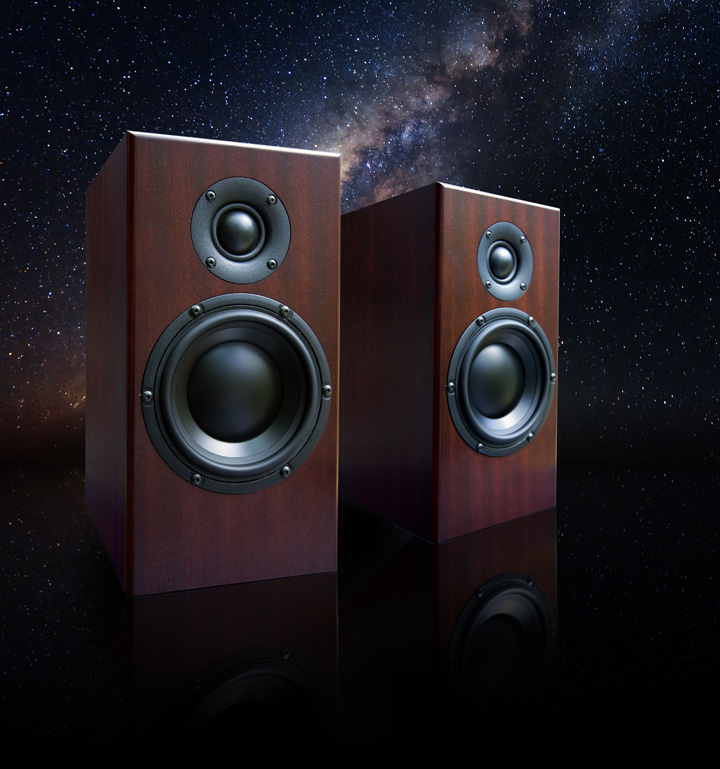 Totem began speaker building in 1987 in Montreal Canada, starting off with just one model, the now legendary Model-1 monitor, which eventually was upgraded to the Signature version. Founded by Vince Bruzzese, a retired high-school math and physics teacher, and now Totem’s chief designer.  All Totem products are manufactured in Canada, except for KIN units and some architectural speaker models.  The cabinets are constructed at another manufacturing site in Quebec, and the machine shop where all metal and ancillary components are made is also located in Montreal. Since the Model-1, Totem has expanded into at least forty plus various bookshelf, floorstanding speakers (what Totem cleverly calls “columns”), on wall speakers, center channels, architectural (“in wall”) and subwoofers. The Totem vision is to give the listener music, and nothing but the music. According to Totem, building speakers goes beyond math and engineering, it is instead an intuitive and instinctive science.

Within the line-up of the Totem bookshelfs the SKY is positioned between the Rainmaker, and the much more expensive Element speakers, specifically the Element Ember. The SKY’s retail for $1,850/pair (USD).

It may appear at first glance that the SKY speaker is positioned to replace the now discontinued Model-1, however I don’t believe that is the case. The sonic signatures of the two speakers are vastly different. The Model-1’s feature a metal dome tweeter that can run a little “hot” sometimes, whereas the Sky has a large, soft dome tweeter (more below). The two speakers are remarkably similar in appearance, though they both exhibit almost the same dimensions. The SKY’s measure in at 6.35” wide, 12” high, and 9” deep. The SKY is available in three different finishes. A white satin finish, as well as black ash and mahogany veneers. The review sample provided to me was mahogany and was quite striking. The Totem cabinetry was, of course, up to its usual high-quality standards. Joints were practically invisible, and the knuckle rap test indicated the product is incredibly inert. The SKY features a 5” woofer, with a 3” voice coil, and interestingly enough, a 1.3” soft dome tweeter, which actually appears to be a unique to Totem, Wavcor neodymium unit. This is a departure from the metal dome tweeter that was featured in the Model-1. The oversized 3” voice coil allows the SKY to be driven to astoundingly high levels, with the peak power level topping out at 500 watts.

The SKY’s have an impedance rating of 8 ohms, as opposed to the harder 4 ohm load of the Model-1’s, and are rated at 87 db/w/m efficiency. The SKY’s are rated to go down to 48 Hz, but “real world” in room frequency response can be in the low 30’s and linear up to 29,500 Hz. Pretty amazing for such a small speaker. They played at a much louder volume than my Model-1’s did, I would have to turn my McIntosh amp significantly louder with the Model-1’s to achieve the same level of volume as the SKY’s. I would only have to have to turn the volume on my McIntosh MA66600 to 24 with the SKY’s to achieve the same level of volume with the Model-1’s. According to the meters on my McIntosh, I was using between 0.2 and 2.0 watts in both cases. Granted, the Model-1’s were wired to the 4 ohm taps on the McIntosh, and the Model-1’s were wired to the 8 ohm taps, so that could have accounted for some of the volume discrepancy. There is little doubt, however, that the SKY’s are relatively easy speakers to drive.

As with all Totem speakers, the inner cabinets are dampened with borosilicate to control energy, but yet still allow the musicality of the fine cabinetry to shine through. As a departure from the usual Totem philosophy, the SKY speakers come included with magnetic grills.

If you are used to the Model-1, there are also some other cosmetic and functional differences between the two speakers. The Model-1 had dual WBT binding posts that were flush mounted on the back of the cabinet, and were of obviously high quality. The binding posts on the SKY speakers are ABS plastic plate mounted, much like the binding post arrangement on the Sttafs. The SKY’s are bi-wireable and the binding posts are gold plated. The edges and corners of the SKY’s seem a little more rounded than did the ones on the Model-1. Aesthetically, they are beautiful speakers. Similar to the Model-1’s, the SKY’s have a small port near the top at the back of the speaker.