Digital Music Player Shopping Guide: Everything You Need To Know To Find a Player Within Your Budget

admin2015-10-09T13:03:16+00:00October 9th, 2015|Audio, Audio Components, Buyer Guides, Features|Comments Off on Digital Music Player Shopping Guide: Everything You Need To Know To Find a Player Within Your Budget 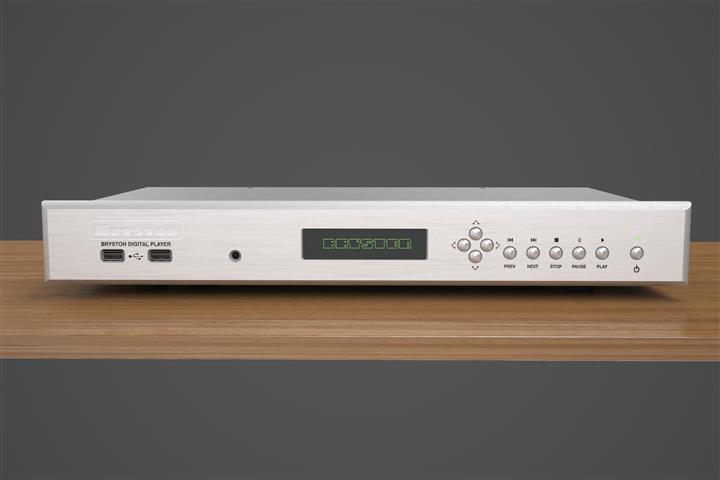 Audiophile Grade
Like any other audiophile-grade products, build quality and component selection matters. Higher end products distinguish themselves by using top-shelf DACs operating in differential mode. Re-clocking is used to reduce jitter and discrete components replace op-amps. And you won’t find any cheap caps here! Audiophile grade capacitors and precision metal-film resistors are used. Have a balanced preamp with XLR connectors? No problem, XLR outputs are easy to find in this group. To top it all off, beefy shielded power supplies and fan free designs are typical for this grade of product.  The Canadian-made Bryston BDP-2 is a perfect example of an audiophile grade DMP.

Big Perks and Little Perks
McIntosh Laboratory calls their MB100 player a “media bridge”. This unit offers two zone capabilities. This is achieved by using the digital or analogue outputs with one zone and the USB output with the other. There is however a catch. This will only work with other USB capable McIntosh products.

Some models offer nice little perks. They’re not game changers by any stretch but they certainly are convenient. The Marantz NA6005 for example offers “Standby Recharging”. This feature allows you to recharge a portable device such as an iPod or smartphone even when the NA6005 is in standby mode. And once the charging cycle is complete, it puts itself into an even lower power consumption standby mode that uses less than half a watt.

Some units offer variable analogue outputs that allow you to connect them directly to an amplifier. Some offer gapless playback although not always for every file format. For example, the Marantz NA6005 offers gapless playback but only for WAV, FLAC, ALAC, AIFF and DSD files. Headphone amplifiers are found in some models as well. Sony’s HAP-Z1ES offers a Digital Sound Enhancement Engine (DSEE) to enhance low resolution music files. 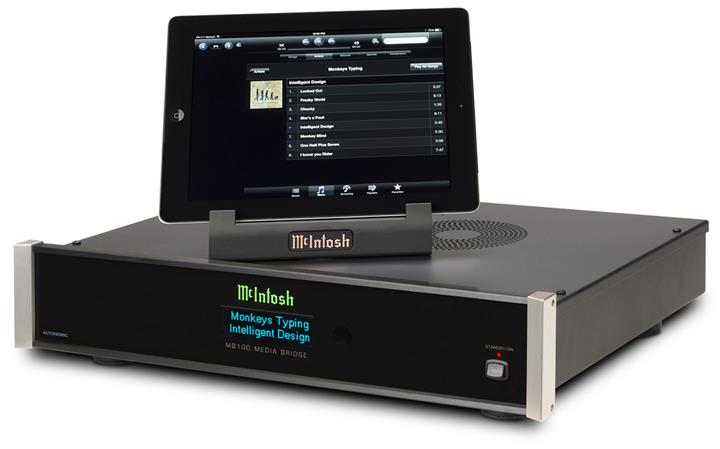 Controls
DMPs are similar to modern receivers in that a plethora of control options are available to you. In addition to the tried and true handheld remote, remote control input and output ports as well as IR flashers are available on some models. Manufacturers also frequently provide control apps for iOS and Android smart phones and tablets.  Some can be controlled through a webpage or by a home automation system like Crestron via an RS-232 port. 12 volt trigger inputs and outputs also allow them to turn on, or be turned on by other components.

Before buying a particular unit, download its control app and head to your dealer to give it a spin. Not all apps are created equal. Some have better, more user-friendly interfaces than others. Certain apps may control only basic functions while others provide a broader range of possibilities. Some make great use of metadata like album cover art while others ignore it. Sometimes they can broaden your musical palette by suggesting similar tracks or artists. It’s important to remember that these apps are software and just like any other piece of software, sometimes they suffer from bugs. Connectivity problems have been reported on occasion so it’s very important to try it out. On the bright side, it’s software so it can always be rewritten, tweaked or debugged. It might be useful to ask the manufacturer how often they release software updates for their apps.

Computer Based Solutions
Your computer itself can serve as a DMP. In fact, it’s quite a common solution. Software media players like VLC can play a broad range of file formats. And who could forget iTunes! A staple for many, iTunes allows access to Apple’s vast library of titles. Winamp and MediaMonkey are also popular players. A quick Google search can reveal plenty of other options for managing and playing your music.

In order to get the music from your computer to your stereo you can use your sound card’s analogue output but you really don’t want to. A USB DAC will be required to maximize your sound quality. Remember that your USB DAC will be the biggest contributor to your DMP’s sound quality so don’t skimp out here. As pointed out earlier, you should look for a DAC that supports the Asynchronous USB Audio Class 2 standard and can decode all the file formats you’re interested in using, even DSD.

Unfortunately, using your computer as a DMP can be somewhat awkward. You need to be sitting in front of it and using your keyboard and mouse to control it. I, for one, would much prefer the comfort of my listening chair than an office chair at a desk. Furthermore, some computers can be noisy. Not something you want in a critical listening environment. Laptops are decidedly smaller and more manageable than desktops but are still large and clunky compared to smartphones or tablets. Consequently, I would opt for the smartphone or tablet option. This way you can easily sit in your favorite recliner right in the sweet spot.

Hard Drives and Backups
Regardless of whether you choose a computer-based solution or dedicated hardware, I would urge you to be diligent with your music file backups. Nobody wants to lose a collection with thousands or even tens of thousands of titles. Although modern hard drives are far more reliable than early generations, they still can, and do, fail. Automated solutions are great since you don’t need to remember to perform a manual backup all the time. NAD’s RAID 5 scheme comes from the computer world and can even be implemented in desktop computers although you need a minimum of three hard drives. Mirroring or RAID 1 is a simpler method where two drives are exactly duplicated or mirrored in real time. If one drive fails, an intact copy of its content exists on the other drive. These techniques can work very well if properly implemented, but for most of us a simple external hard drive will work just fine.

If you’re serious about making highly reliable backups of your music collection, you should be aware that there are different types and grades of hard drives available. With traditional mechanical hard drives, you can buy typical desktop grade units which are designed for light duty use. There are also enterprise class drives which are designed for use in servers and data centers. These are constructed with higher quality parts and are built to be pounded on 24 hours a day. The end result is a far more reliable drive. One manufacturer specifies a 1.2 million hour Mean Time Between Failure (MTBF) rate for theses drives compared to an unspecified MTBF rate for desktop drives. Note that the external USB hard drives offered by many manufacturers almost always use desktop grade hard drives. You can use an enterprise class hard drive as an external USB drive, but you’ll have to purchase the drive, and an external enclosure separately and assemble it yourself. Be careful to properly ground yourself before handling the bare drive. This will protect it from damaging electrostatic discharges.

Solid State Drives (SSDs) are also an option. These store information in non-volatile memory chips rather than magnetic platters. The fact that these units do not have any moving parts gives them a speed and reliability advantage over their mechanical counterparts. However, they’re not infallible either. One manufacturer specs its SSDs as having a 1.5 million hour MTBF rate. According to this number, it’s a little more reliable still than the enterprise class mechanical drives. However, it should be noted that manufactures don’t always rate MTBF the same way, so these numbers can’t necessarily be compared. In the speed category, SSDs win hands down as they frequently boast read speeds in excess of 500 MB/s and writing speeds that aren’t too far behind. As for storage capacity, the tried and true mechanical drives have the undeniable advantage as they can store about 6 times more data than SSDs.

Conclusion
By now, you should have gained a clearer picture of what’s going on in the world of Digital Music Players. It’s a bit of a mess but don’t let that discourage you. With a little bit of thought and consideration, you can build yourself a very capable system that will likely meet your needs for some time to come. Start by identifying exactly what it is you want to do and how you want to do it. Knowing this will go a very long way to making the right purchase. Do some research and make sure the models you’re looking at can play the file types you’re interested in, have or don’t have a DAC, and can store your files safely and securely. Also make sure that the connectivity and control options you seek are supported. In the end, your new purchase will be well worth it and will keep your stereo humming along for a good long time. Best of luck!