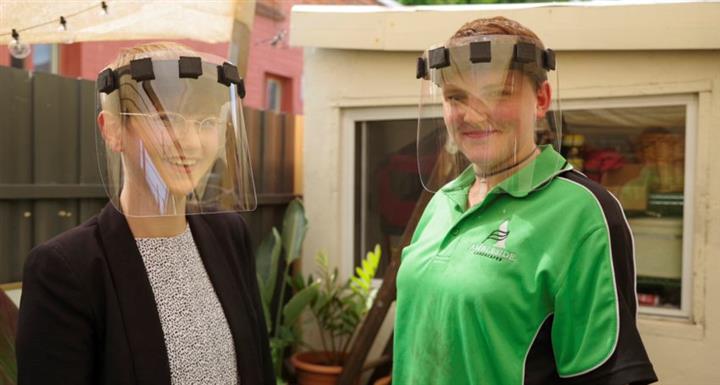 Kyron Audio is world-renowned for producing extreme high-fidelity dipole loudspeaker systems for the luxury market and was due to exhibit its wares at Sydney’s 2020 Hi-Fi Show last weekend.

But the cancellation of the event and others on the Kyron calendar has freed up director Lee Gray to join forces with Andrew Rogers Industrial Design (ARID) to form Ned’s-head.

“I was just searching on LinkedIn and it was popping up everywhere that people needed these face shields so I went to Andrew and by the next afternoon we’d already done two prototypes,” Gray said.

“By the end of the week we’d done 10, registered the chosen design and started testing and finding suppliers and manufacturers so it was quite the whirlwind.”

That initial meeting was two weeks ago. Yesterday, a run of 200 face shields was produced to test the tooling and from today the operation will produce up to 4000 face shields a day.

The COVID-19 pandemic has led to global shortages of personal protective equipment (PPE), which is traditionally imported from China, as demand spikes and supply dries up.

Last week Australia moved to ban the export of locally produced medical supplies to ensure Australian manufacturers of PPE such as masks and face shields were helping to fill shortages at home.

Gray and Rogers, who are both industrial designers, set out to design a product that could be mass produced for essential service providers.
The two-piece face shields are made from recycled plastic using a die cutting manufacturing process that allows them to be produced much quicker and more efficiently than other methods.

“The primary design brief was that we had to manufacture it here and we needed to use technology that allowed us to ramp it up fast to meet the demand,” Gray said.

Gray said Kyron Audio continued to operate through the crisis and was set to launch new products. 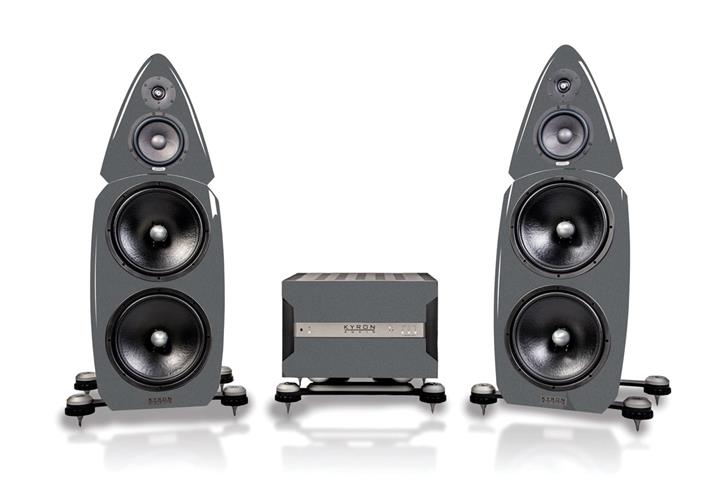 He said the Ned’s-head face shields, named in honour of Australian bushranger Ned Kelly, was likely to be a short-term project to help fill supply shortages in Australia during the crisis.

“The primary reason we started doing it was for essential service providers, supermarket staff and the like but we’re already getting interest from everyone wanting them.

“The great thing about the shield is it offers extra protection and can be used in conjunction with N95 masks and it increases the effectiveness of that.

“We’ve already been approached by a couple of retailers but I’m very keen to get these into the hands of those who need them most, the first responders.”