What drives your music? Understanding Hard Disk and Solid State Technologies and How They Relate To Music Storage

Malcolm J. Gomes2015-03-03T14:46:05+00:00April 18th, 2013|Audio, Audio Components, Buyer Guides, Features|Comments Off on What drives your music? Understanding Hard Disk and Solid State Technologies and How They Relate To Music Storage 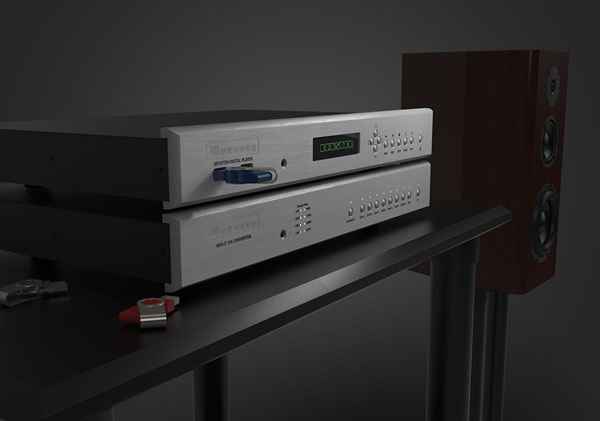 Over the past few years, one of the biggest changes in the audiophile world is that computer audio has become mainstream. Evidence of this can be found at all the major audio shows from TAVES to CES to RMAF to name a few. I was surprised to see so many exhibitors at recent audio shows, demonstrate their equipment using a laptop and a DAC as their source components, sometimes even to the exclusion of the venerable turntable. It is sad to see the once ubiquitous CD player being slowly but surely supplanted.

This trend has put the spotlight on external drives that store the music and thanks to technological advances and economies of scale, this category of products has seen sizes and prices continue shrink to a level where they have become incredibly affordable. Currently, the most popular type of drive is undoubtedly the Hard Disk Drive or HDD because they offer the best bang for your buck in terms of storage capacity and price competitiveness. Today, many brands offer 1 to 3 terabyte HDDs for around $100 to $300.

HDDs come in different sizes and shapes, which are determined, by the size and shape of the components that are utilized to produce the device. The conventional HDD is built around a platter or optical disc with a spindle motor making it rotate at the required speed.

Looking to the future, many pundits are forecasting that the HDD will soon face stiff competition from the more durable Solid State Drive or SSD, which has already started making some meaningful inroads into the market. Many people regard the SSD as a new development that has recently emerged in the consumer sphere. However the surprising fact of the matter is that SSD technology is more than half a century old.

The genesis of SSDs can be traced to the 1950s when two technologies namely ‘core memory’ and ‘card capacitor read only source’ commonly referred to as auxiliary memory units emerged during the age of vacuum tube computers. They were soon supplanted by drum storage type drives, which were a lot cheaper to manufacture. Then during the 1970s we saw the debut of drives implemented in semiconductor memory of the supercomputers of the day including names like Cray, IBM and Amdhal. At the time these were built to order and carried astronomical prices, which kept them out of the consumer sphere.

Things changed in 1978 when Texas Memory Systems developed a 16 kilobyte RAM solid-state drive, which became the darling of oil companies as it helped them in seismic date acquisition. The very next year StorageTek designed a new kind of solid-state drive and a few years later the PC-5000 was unveiled by Sharp. This caused quite a buzz because of its 128 kilobyte solid-state storage cartridge which incorporated bubble memory. At the time this was considered as very high storage capacity for an SSD.

In 1986, Santa Clara Systems launched its BatRam 4 megabyte storage system that could be expanded to 20 megabytes using add-on modules. Around a decade later M-Systems developed a flash based solid-state drive that could withstand extreme shock, temperatures and vibration and had a much longer mean time between failure (MTBF) rate. This made them great for military and aerospace applications. In 2006 Sandisk acquired M-Systems and went on to become one of the major players in this segment.

The biggest difference between HDD and SSD is that the former are electromechanical devices that incorporate spinning discs and movable read and write heads, while the latter uses microchips and totally eliminates the need for moving parts. This means that SSD memory is less susceptible to physical shock, operates quietly and offers lower access time and latency. The transition form HDDs to SSDs should be quite smooth because of the fact that they both use the same interface (connector type) and so switching from one to the other does not present any compatibility problems at the consumer level.