NEW OR USED?
There are advantages to both. Buying used allows you to purchase gear that may normally be beyond your reach budget-wise, but if something goes wrong with the component, you are generally out of luck. A risk is that sometimes people decide to sell a piece of gear once they experience problems with it. If you do decide to buy used, there are certain components that are less risky to buy. Amplifiers and digital to analog converters are pretty safe bets, but anything mechanical such as speakers and CD players are a riskier proposition, due to moving parts wearing out. There are several online communities that focus on buying and selling used audio gear, that makes buying and selling a less risky proposition. Buying new gives you the peace of mind that a warranty buys, and also affords you the opportunity to establish a relationship with a dealer, as mentioned above.

DEDICATED MUSIC ROOM
Understandably, this is not always possible, but if you have a room in your house (spare bedroom, office, basement) where the sole function of the room is listening to music, you are at an immediate advantage. This allows you the freedom to move your speakers around and find the ideal position for them, where they sound best. It also allows for room treatments, such as absorption panels and diffusers, which can make a dramatic improvement on the sound of your HiFi system. There are actually various recommended dimensions for a music room. If you google “listening room optimal dimensions”, you will find a wealth of information. One recommendation I like is the following formula: room width = 1.14 x height, room length = 1.39 x height. It is important to avoid “multiples”, that being the length being a multiple of the width. An example of this would be a 12’ x 22’ room, but the most important thing is to avoid a perfectly square room. If a dedicated room is not an option, the good news is that there is huge selection of gear available that has a high “WAF” (wife acceptance factor), that is acceptable for a shared space, and still sounds great. Sometimes in life compromise is the key.

QUALITY OF MUSIC SOURCE
CDs are still a viable option for many people, but more and more these days, listeners are moving to the convenience of computer based systems. If you decide to go the computer based route, ensure that your source files are lossless (an identical copy of the original music file). It makes little sense to spend money on a highly resolving HiFi system, only to feed it compressed, lossy source files such as MP3s. MP3 is a relic from a different era, when computer storage was expensive and bandwidth was an issue. These days storage is extremely cheap, and most people have broadband connections at home. Lossless formats such as FLAC and WAV files are the way to go. Another option that is becoming increasingly popular are the various streaming services such as Tidal, which offer lossless, CD quality streaming. Paradoxically, vinyl is making a significant resurgence, and many audio enthusiasts swear by the perceived superior sound quality of vinyl. If you have a large record collection from your youth, this may be a good option. 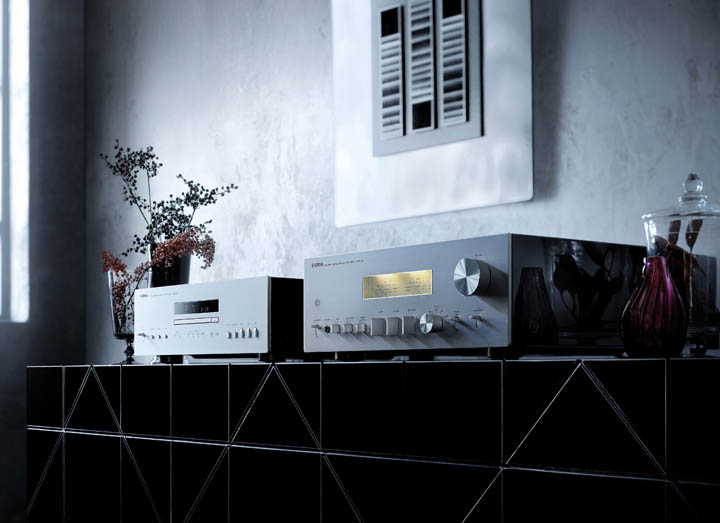 CHOICE OF COMPONENTS
Separate components or an integrated amplifier? Like many things in audio, there are advantages and disadvantages to both. Separate components usually means having a dedicated preamplifier and a separate power amplifier. The preamplifier is used for controlling volume as well as switching input sources (CD, digital, phono, etc.), while the amplifier simply amplifies the audio signal. The major advantage of this approach is that it physically separates the preamplifier and power amp sections in different chassis, eliminating noise and interference between the two. This also allows each component to have its own power supply. Many audio enthusiasts believe this results in superior sound quality. Another advantage of this approach is that it creates a highly modular system where either the preamp or power amp can be upgraded as funds allow. The obvious disadvantages are the increased cost of having to purchase two components and good quality cables used to connect them. Of course using separates also requires more physical space. Using an integrated amplifier addresses both of these disadvantages, since it contains a preamplifier and power amplifier in one chassis. They are generally cheaper than purchasing separate components and don’t require extra interconnect cables. Many modern integrated amps come outfitted with high quality DACs and sound just as good, if not better, than separate components.

SOLID STATE OR VACUUM TUBES?
Before the introduction of transistors to the consumer market in the 1950’s, audio amplification was done with vacuum tube circuits. Transistors, also known as solid state, became increasingly popular due to smaller size, lighter weight, lower heat production and increased reliability. However, to this day, vacuum tube designs remain incredibly popular among audiophiles. There is still the argument that tube amplifiers “sound better”. This is in part in the difference of how amplifiers distort audio signals. All amplifiers have distortion to some degree (although modern amplifier designs have vanishingly low distortion levels), but tube amplifiers are said to distort in such a way that is more pleasing to the ear than how a solid state design distorts. For those just starting out in audio, solid state is usually the way to go. Tube amplifiers are seen as more difficult to maintain that solid state amplifiers, which basically require zero maintenance. Other disadvantages to vacuum tube amplifiers are that tubes can be expensive to replace, they run hot, and are less energy efficient than solid state designs.

Setting up a quality two channel HiFi system need not be complicated, or even prohibitively expensive. This guide is by no means comprehensive. But hopefully it will provide some ideas that will help you put together a system that sounds great and brings you many hours of listening pleasure and satisfaction.