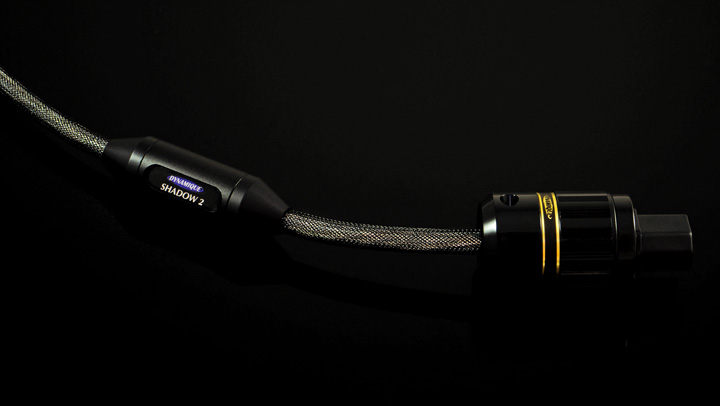 With the stock 39¢ cables, the PRaT and musicality of the sound evaporated faster than honesty during an election campaign. Concurrently, dynamics were more sluggish than a comatose sloth. Imaging was shakier than a conga line of homeless blood donors exiting a blood mobile parked out front of an inner-city bus terminal.

Once you’ve graduated to multi-thousand dollar cables, returning to the el cheapo stock ones will result in a complete loss of sound quality like modesty at a nude beach. It’s like accidentally discovering ancient pictures on-line from the mid-1980s of Edward James Olmos wearing a Speedo bikini. Once you’ve seen Lt. Castillo from Miami Vice rocking a European banana hammock, frankly, you can’t un-see it. The shivering psychological torment of seeing that will haunt you for a lifetime. Bad sound is no different.

To remedy this, I first tried the Shadow 2 power cords. The sonic improvement was immediate. Backgrounds were much quieter and the PRaT of the music was far more accurate. Across the frequency spectrum, soundstaging, imaging, 3-dimensionality, and weight in the bass registers all improved dramatically.

After installing the Shadow 2 RCA interconnects and speaker cables, the sound climbed several rungs higher up the sonic ladder. Timbral accuracy was vastly superior, the noise floor dropped even further, and I could once again *feel* the emotional message of the songs. Vocals also became much easier to understand.

The sonic signature of the Shadow 2 cables has a neutral balance between warmth and detail. They are weighted top-down though and do not have as much emphasis in the lower registers as top tier cables. For their asking prices, inner detail retrieval and timbral accuracy was quite impressive.

Are the Shadow 2 ICs, PCs, and SCs as good as my reference Galileo UEF and Stealth v16 cable looms? No… of course not. At 1/15th the retail price, the Shadow 2 wires are aimed at an entirely different market segment. I can enthusiastically state that all of the Shadow 2 cables offer a huge sonic improvement over stock throw away cabling.

Nordost’s Heimdall 2 loom of cables had the most detail- especially in the highs and upper mid-range registers. Opposite to this, the loom of Cardas’ Clear Cygnus cables offered the most warmth. Dynamique’s Shadow 2 cables sounded the most neutral and, within my 2-channel stereo rigs, created the best timbral accuracy.

Shortcomings? I found the Shadow 2 cables to consistently be a bit *light* in the lower mid-range, upper bass, and mid-bass registers. At the Shadow 2’s asking prices, however, their neutrality and timbral accuracy is impressive. As an imaginative musical depiction that commemorates the failed 1812 invasion of Moscow by Napoleon’s forces, this recording of Pytor Illyich Tchaikovsky’s 1812 Overture features stunning dynamics, authentic 19th century cannons, and a vast array of symphonic instruments.

With Dynamique’s Shadow 2 loom of cables, I could clearly hear the brooding and anxious emotional *feel* of the “1812 Overture, Op. #49” track in all of its dramatic glory. There’s an anxious tension to this recording that should be palpable. I say “should” because I’ve heard a fair number of supposedly higher-end 2-channel stereo systems completely fail to reproduce this tension. At several times in this 15:36 minute wandering opus, the Shadow 2 cables recreated the emotion of this epic recording with such a dramatic impact that the thundering sound made my heart skip a beat.

For perspective, I next tried Black Label Society’s 1999 Sonic Brew. This album was recently re-released in May 2019 for the recording’s 20th anniversary. 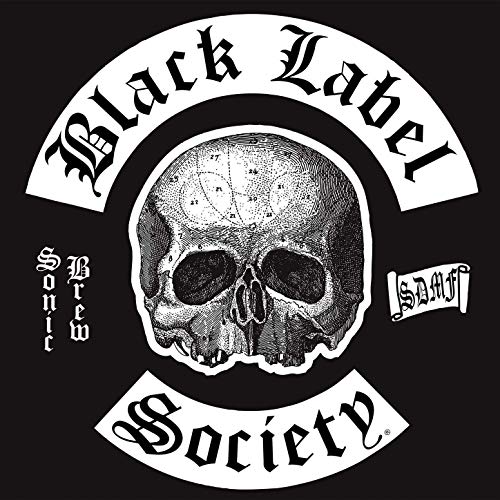 You want unstoppable grooves, atmospheric interludes, and murderously passionate lead guitar solos? Just listen to BLS’ songs “Hey You”, “Low Down”, “T.A.Z.”, and “World of Trouble”. Monsieur Wylde might have hoped for greater commercial success, but not at the expense of betraying his own principles and values. Hearing any music that is this honest and pure these days is rare… exceedingly rare.

In particular, listening to the song “Peddlers of Death” with the Shadow 2 loom of cables, the overwhelming emotional message of the song came roaring forth with a shiver-inducing honesty and intensity. Like former Canadian Prime Minister Jean Crétien strangling a protestor on Flag Day, the solo in this track grabs a listener by the throat and shakes them into submission like a British nanny throttling a teething toddler. If this track doesn’t make you feel something, open your heart and dust it.

Conclusion:
The Shadow 2 family of ICs, PCs, and SCs deliver upon their promise of value for money. Within their price range, they offer class leading neutrality and timbral accuracy.

If you’re still using the dreadful 39¢ level disposable cables that came with your gear, do yourself an enormous favour and upgrade to Dynamique Audio’s Shadow 2 audiophile cables.