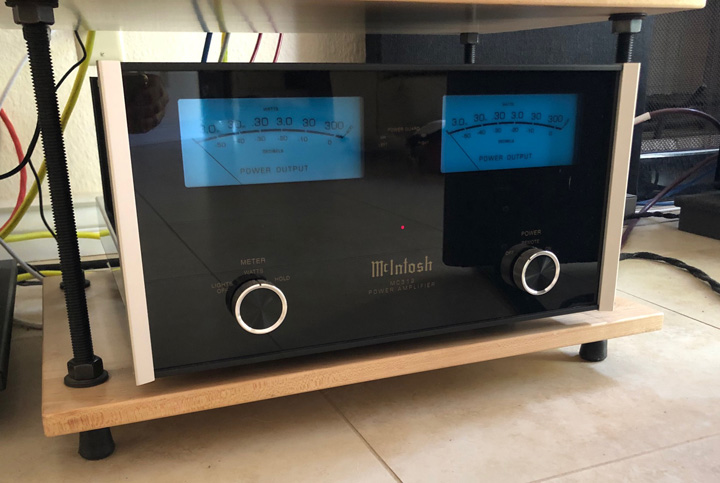 After giving the MC312 ample break-in time, what followed was an extended period of uninterrupted musical joy. The amplifier drove my Magnepan 1.7i speakers with ridiculous ease. The stereo spread was wide, spacious, and deeper than I have heard with any amplifier with these speakers. Over the course of several months, I used all music formats to evaluate the MC312, including CD, high resolution digital, and LP. I even snuck in some reel to reel tape.

An album that was extremely enjoyable with the MC312 was the self titled offering from Dicky Betts & Great Southern. The twin guitar interplay and Southern rock vibe from one of the key architects of The Allman Brothers Band, sounded earthy and soulful, and made me think I had previously underrated this fine recording. The MC312 made the tone of Betts’s guitar immediately identifiable, and his vocals were also presented very nicely, in the center of the mix.

Bouncing to the excellent Mobile Fidelity SACD mastering of The Byrds 1968 opus, The Notorious Byrd Brothers, was equally rewarding. The trippy, spaced out folk rock swirled around the speakers, with little nuances in the mix I had not previously noticed on this album. The MC312 yet again reminded me of how Mobile Fidelity continues to produce excellent archival releases. The MC312 made it easy to distinguish each band member’s contribution, from David Crosby’s rhythm guitar and harmony vocals, to Roger McGuinn’s 12 string guitar. The seamlessness of the presentation made for a very engaging listen.

A related release I spun, an original pressing of The Byrds’ mastermind Roger McGuinn’s 1973 self titled solo album, was so nicely textured, it warranted several plays through. McGuinn, free of The Byrds moniker, threw in everything from traditional folk, Caribbean, and even some jazzy touches on to this album. The rock solid center image the MC312 produced was really spotlighted here. The timbre of McGuinn’s voice was superbly rendered, and the richness of the acoustic guitar parts was on target. The MC312 also showed me here, it had an exceptionally clean, open, and accurate midrange.

Changing gears, I cued up a fantastic new release by New York based jazz saxophonist, Jerome Sabbagh co-billed with guitarist Greg Tuohey, on No Filter. This unique release was recorded and mixed to analog tape, and cut to vinyl by the legendary Bernie Grundman with an all analog mastering chain. The LP comes with a 24 bit download card as well. The music is sublime, very much reflective of the urban environment it was recorded in, with dark and light themes percolating throughout each side. The timely track titled “Chaos Reigns” was a tour de force via the MC312, with all the syncopation and interesting accents remarkably cohesive. The MC312 proved without a doubt it excelled at pace and timing here. The amp also was exceptional at articulating bass lines, which captured the propulsions of the music wonderfully.

The MC312 also put the 24 bit, 48 kHz download of Memphis roots singer Valerie June’s Pushin’ Against A Stone in a new light for me. This 2013 release is beautifully recorded and put June on the map as a distinctive stylist who blends Americana, for lack of a better term, with bits of psychedelia, and ethereal, bluesy rock. The songs have deep emotional resonance, and the mix is just modern enough to balance things out. The MC312 easily let me hear a large amount of space between the instruments and the pure bell-like tone of June’s voice, highlighting its transparency. As a side note, I highly recommend the follow up to this album called The Order Of Time. 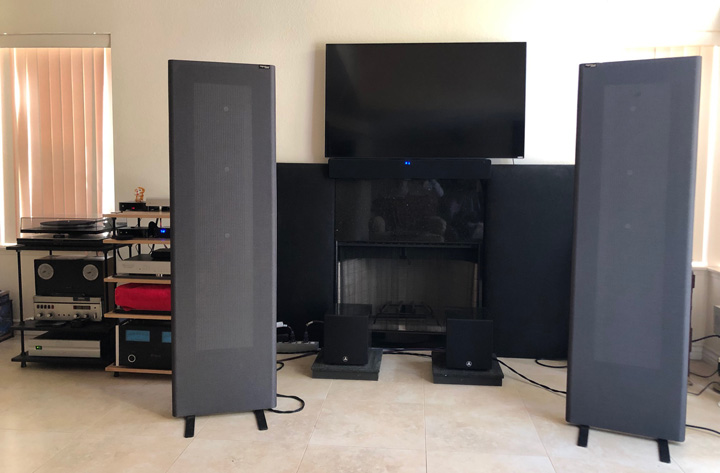 The final album I played with the MC312 in the system is a little known progressive rock masterpiece Go, by Stomu Yamashta, who is joined by Steve Winwood, and legendary drummer Michael Shrieve, a key member of the original Santana. The music is expansive, with epic string arrangements and beautiful song structures. Hearing this with the McIntosh providing solid imaging and excellent depth was really the climax of my time with the MC312, as it allowed me to discover this hidden gem in a brand new light, goosebumps in tow. The MC312 was perfect for presenting the wide screen, symphonic qualities of this recording due to its wide sound staging.

In fact, throughout the time the MC312 was in my system, I had an irresistible urge to “crate dig” through my own music collection and pull out lesser known music, and the pleasures revealed that came from these buried treasures was most welcomed. A component that makes you want to listen to as much music as possible, such as the MC312, is what it is all about. The MC312 was able to shine new light on well worn favorites.

I tried hard to find fault with the MC312’s tonal balance, but to no avail. It was simply ideal for my system and my room. I felt the perspective was not quite in the front row, and definitely not in the back row, but actually somewhere perfectly in the middle. Dynamic contrasts were really natural when present in the recordings. This may be all or partly due to McIntosh’s Autoformer technology with its constant power delivery, and the low noise floor. To this listener, these are hugely important factors, especially with relatively power hungry speakers like the Magnepans or even somewhat efficient speakers in a larger listening space.

To me Magnepan speakers are among the most seamless, coherent transducers on the market, and that could be a reason the MC312 was so enjoyable in my system. The two products share many of the same characteristics, including transparency, musicality, and perspective. Another huge factor they have in common is very low distortion, which accounts for the superb imaging, midrange transparency, and smooth treble performance.

I can summarize the sonic performance of the McIntosh performance rather easily. The descriptors that come to mind are effortless, spacious, transparent, and utterly grain free. I could not hope for more from a high class, well engineered solid state amplifier.
The sense of effortlessness really does make a difference in musical enjoyment. It ties into dynamics, which were reproduced naturally. Tonally, the MC312 was spot on, the whole spectrum of sonic colors was wonderfully presented, like a perfectly balanced photograph taken in natural light.

Ergonomically, the MC312 was mechanically dead quiet, ran cool, and provided trouble free performance over the course of the review period. One would expect nothing less than this for an amplifier in this price range, and considering its pedigree. Also, for those not enamored by the blue meter lights, they can be turned off. For me they are a mark of distinction, and added to the ambiance.

If a prospective buyer is shopping for a transparent, accurate, and sweet sounding solid state amp that can drive virtually any speaker with little or no effort, the McIntosh MC312 should be at the top of the list. It is perhaps the finest, most sophisticated amplifier I have heard in its price range in my system.

The McIntosh MC312 power amplifier has quite a bit going for it aside from excellent sonics. It also offers a build quality that inspires confidence, and it offers a pride of ownership connected with the McIntosh legacy. Very much recommended!