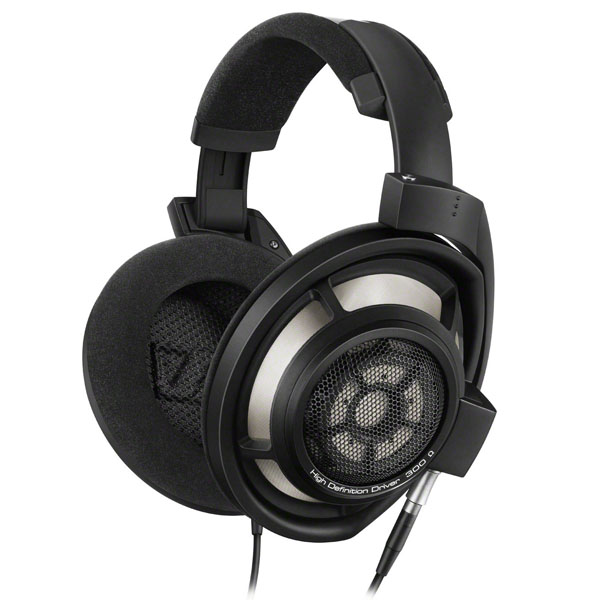 Variations on a Theme by Sennheiser

You may remember something I wrote here seven years ago: “These are the single greatest headphones in the history of the world.” I was writing about the new Sennheiser HD800 headphones, which caused enormous excitement in headphone circles. They pushed the limits in multiple dimensions. They set a new bar for competition all over the world, and with all the attention, people began to focus on their faults as well as their merits. No one doubts there are astonishingly revealing and extended, and the wide image they throw still sets the standard few others approach. Comfort levels are superb. But there are certain weaknesses at both ends of the spectrum.

First, in the deep bass, although the HD800 extends way down, it is also significantly down in level, especially in comparison with some of the more recent designs from Audeze, Abyss, Focal and others. This may be especially distressing to rock lovers, since many headphone manufacturers apply deliberate reinforcement in the nether regions because dammit, many of us simply enjoy bass boost.

Second, in the high frequencies, centered around 7k Hertz, there is a treble peak of around 7 dB which some people find tiring and abrasive. Put these two flaws together and you get a sound which you may find tilted up in the treble and lean in the bass.

Now if you read my earlier review, you won’t see criticism of the frequency response. There are two reasons for that. First, I was unhappy with the cable Sennheiser provided so I replaced it with a far superior cable – Cardas Clear. This not only improved the resolution over the stock cable, but also improved the bass response and reduced any peakiness. Second, the competition at that time, apart from some ultra-expensive electrostatic models, could not offer anything with such a wide bandwidth or clean bass and treble. Third, headphones sit on your head, and the frequency response changes as you adjust their position, so how you experience these things is very personal.

Sennheiser is well aware of the criticisms, and I’m sure they have field tested the competition, some of which is around the same price and some considerably more expensive. They have now decided to offer an alternative tweaked version, the HD800S ($2,199), rather than introducing a replacement for the HD800 (now $1,899). There are four changes. The most obvious is the provision of a balanced cable in addition to the unbalanced cable that comes with the earlier model. Second, they supply the new HD800S in a very attractive matt black finish instead of the silver finish of the HD800. Third, they have “enhanced” the bass by introducing some second order harmonics which reinforce the sound. Finally they introduced a mechanical resonator to absorb some of the treble peak. Some people have designed their own DIY resonators to retrofit the HD800. Word on the street is that Sennheiser’s implementation is superior to most if not all of these DIY mods.

OK. How do I feel about this? Do I feel cheated? Shouldn’t Sennheiser have fundamentally redesigned the phones rather than applying tweaks to the HD800? I suspect they tried that but are not yet able to significantly improve the design without a major increase in price. So for now, it’s tweaks or nothing. Then they are acknowledging that beauty is in the eye of the beholder, or rather, the ear of the listener. They have the original design or an option with a flatter response, and you pick which one you like best. Fair enough, I say. I’ll lay out how I feel about the two phones. Fortunately, I still have the HD800 in house, and I can compare the two models using a Graham Slee Solo Ultralinear headphone amp. For even more refined listening, I can connect both phones directly to the balanced outputs of my reference EMM Labs Pre2 preamp using a balanced version of the superb Cardas Clear cables.