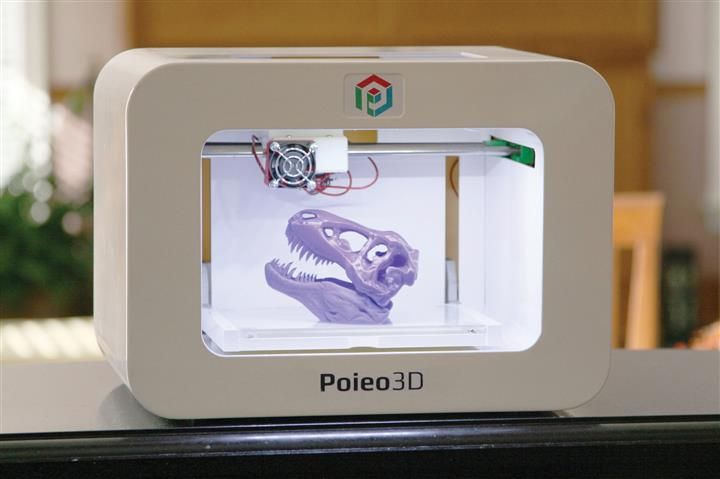 While most of these advances are evolutions on existing devices and methodologies with which we connect, interact, and go about our everyday lives, 2015 is poised to become the year where many entirely new devices, products, and services reach the mass marketplace. These products, which have previously been inaccessible due to their steep price or limited availability, have matured sufficiently to spawn consumer-oriented versions. These products include 3D printers, virtual and augmented reality, home automation, and a plethora of devices that rely on the Bluetooth v4.0 Low Energy wireless protocol.

Starting with something incredibly neat and tangible, 3D printers now cost about as much as a mid-tier laptop, making them accessible to many users. At Toronto’s central Reference Library, 3D printers and scanners are available for use at a lowly cost of $0.05/minute of printing (the average project takes 30 minutes to print and each user is limited to a maximum of 120 minutes). The Reference Library also runs classes to teach drafting skills, allowing anyone to learn how to draw and create their 3D projects. 3D printers are being used to print everything from biological tissue to custom-fit replacement prosthetics and new 3D printing consumables, previously limited to plastics and resins are being joined by materials such as wood fiber, magnetic, conductive, and even edible 3D printing materials (a chocolate 3D printer was shown off by Hershey at CES 2015). 3D printing is opening up incredible opportunities for new industrial designs and solutions that have been previously limited by the inability to mould various materials, as well allowing the creation of custom-fitted one-of-a-kind products for every consumer. A Stanford University professor is working on a large-enough 3D printing system that would pour concrete in precise molds, allowing the printing of buildings!

For consumers, one of the most affordable 3D printers, the Peachy Printer (www.peachyprinter.com), is homegrown, based out of Saskatoon, Saskatchewan, successfully raised $651,091 CAD on Kickstarter, and retails for only $100 CAD. It uses a precise nozzle to drip resin to form your 3D structure, which is then solidified with a laser. Another more sophisticated Toronto, ON-based 3D printer manufacturer is called Poieo3D (www.poieo3d.com), currently accepting pre-orders for its $649 ($150 off the retail price) 3D printer which should be shipping this April. For those with excellent hand-eye coordination, 3Doodler (www.the3doodler.com) has a 3D-printing pen which melts plastic and allows the holder to literally draw directly in 3D space. Their second generation pen has various backer levels on Kickstarter and starts at only $50 USD for the pen and 25 rods of plastic resin. It is akin to using a glue gun but their specialized plastic resin immediately cools and hardens upon exiting the heated nozzle, freezing in the freeform state that the pen holder has directed the pen. From this low price, more expensive 3D printers get larger (allowing them to print larger projects), more precise (finer print resolution, measured in microns), faster (less time to print), and are able to use multiple materials simultaneously (such as different colours or different printing materials simultaneously).