Is it Time for a New Pre/Pro or AV Receiver? Consider Waiting a Little… DTS:X Is Coming Soon 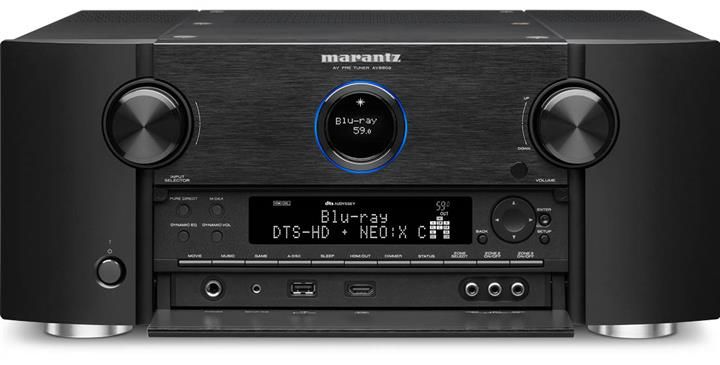 Thinking of upgrading your pre/pro or receiver? Consider waiting a little longer. Not too long ago, Dolby’s Atmos object oriented surround sound codec hit the consumer electronics market. Traditional surround sound mixing required engineers to work at the level of individual channels. Fading out from the left speaker while fading into the center channel and repeating the process from the center to left channel gives the impression of an object moving across the screen. This level of detailed channel to channel work is tedious and it’s difficult to get it right.

Atmos is different because it allows content providers to mix their soundtracks by moving virtual objects in three dimensional space. An airplane for example, can be moved through space by simply showing the computer the aircraft’s flight path. The lower level logic in the Atmos system then takes care of figuring out how to distribute the sound across all the speakers. No need to fade sounds in and out of individual channels anymore. In addition to this new way of doing things, Atmos also adds the dimension of height to the mix. The object oriented concept is a very powerful one and promises considerable improvements in a surround system’s ability to precisely locate sounds in space, even above you!

The location of objects in space is independent of speaker configuration so once Atmos knows how you’ve placed your speakers, it will do the best it can to accurately represent these objects in your environment. Atmos is capable of many speaker configurations one of which is 7.2.4. This configuration involves the conventional 7.2 we are familiar with but adds four height speakers. These four height channels will of course provide the extra height dimension.

Atmos sounds pretty great right? So why in the world should I wait? Competition is why. Dolby isn’t the only player in this new arena. A competitor, Auro-3D, is already available in certain products as a firmware upgrade. However, Auro-3D’s speaker configuration is different than Dolby’s. Auro uses a Voice of God (VOG) channel directly overhead rather than on each side of the listener. This potentially leads to difficulties in configuring speakers. But the real reason to wait is the other major player in the digital surround world and that’s of course DTS.

By the time you read this, DTS will have announced the details of DTS:X. The reason to wait should be getting pretty clear right about now. For the moment, we know very little about DTS:X but one thing we do know is that none of the Atmos pre/pros or receivers available today have it. Will it be available as a firmware update? Maybe. Maybe not. Many major manufactures will be supporting DST:X which is great but doesn’t help us right now. Furthermore, we don’t even know which speaker configurations DTS:X will support. Will they be the same as Atmos or Auro-3D? Or maybe they will be something completely different.

Does DTS matter? You bet it does. DTS is indeed a major player in this game. Despite the fact that the Dolby Digital was first on the market, DTS managed to overtake Dolby. Today more Blu-rays have DTS-HD than Dolby TrueHD. There’s no guarantee that DST can do it again but it would be foolish to write them off. Given that we shouldn’t have much longer to wait, I for one, would strongly argue that waiting at least until the official DST:X announcement would be very wise indeed.