Living in a Virtual World: A Look at Today’s Leading VR Headsets 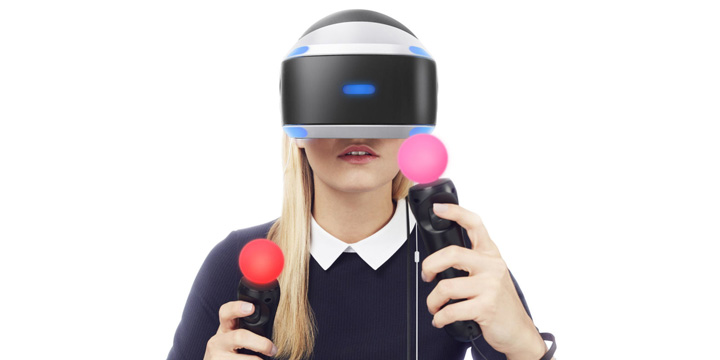 In what may seem like the most logical marriage with VR, the PlayStation VR headset was outed long before its impending launch in October. An investment into the PlayStation ecosystem is necessary in order to get the most out of what the headset can do.

The reason for this is because the headset connects to the PlayStation Camera, which then plugs in directly to the PlayStation 4 game console. Games can be played with the regular wireless DualShock 4 controllers, or the Move motion-sensored wands that work with the camera.

The headset has a 5.7-inch OLED display with 1080p resolution and running at 120fps. The camera can track the LEDs around the headset, the DualShock controller and the Move controllers, working together to precisely capture movement in the virtual space. Sony touts the 3D Audio technology it’s bringing to the table with this setup, making sounds feel like they are coming from any which direction.

While Sony will release its new PlayStation 4 Pro to handle 4K video output, the headset works fine with the original console and the new PS4 Slim that recently came to market. The headset itself retails for $399 US, while a bundle that includes the camera, Move controllers and a VR game called PlayStation VR Worlds goes for $499 US. 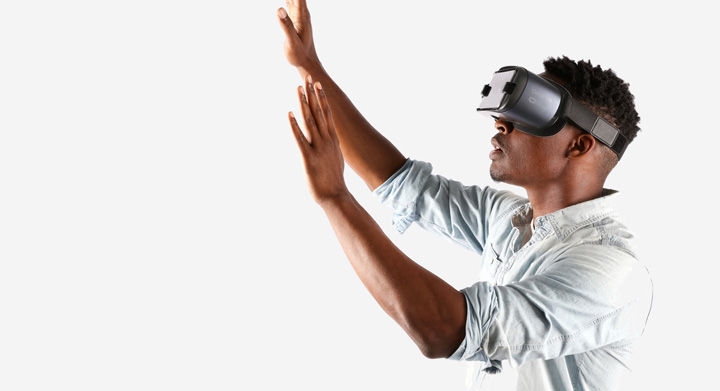 The Gear VR ($99 US) sits in a different category because it uses a compatible smartphone to power the content displayed through the headset, and thus does not to be tethered to a computer. While not exactly at a beginner level like the barebones Google Cardboard, for instance, the Gear VR is perhaps more intermediate in that it offers more content and a greater level of control.

The content is partially driven by Oculus, which developed the Gear VR in tandem with Samsung. That’s why the Oculus Store app needs to be downloaded upon setup — apps and games that work with the headset can be purchased and applied there. All 360-degree video and photos, especially those shot with Samsung’s own Gear 360 camera, are fully viewable in VR through the headset. Like other VR headsets, 2D content can also be viewed within the context of a 360-degree environment, an example of which can be seen in how the Netflix app is implemented.

A second version of the Gear VR was launched in August to coincide with the launch of the Galaxy Note 7 smartphone, which uses the newer USB-C port. So as not to leave prior devices out of the mix, the headset comes with an adapter to accommodate them. These included the Galaxy S6, S6 Edge, S6 Edge+, Galaxy S7, S7 Edge and Note 5.

It also has a slightly higher viewing angle of 101-degrees (up from 96-degrees) and bigger lenses to reduce chances of outside light bleeding in. A softer fabric was added to the headset for greater comfort when wearing it, and it remains very lightweight. A shift in colour to a grey and black scheme is the only other cosmetic change.

The hardware to playback VR content is slowly coming into form, but it’s the content itself that will drive adoption moving forward. PlayStation VR has a slight advantage in that it is more affordable and tied to the world’s most popular game console, and games will be readily available in the months to come. It doesn’t have the same power as the HTC Vive or Oculus Rift, which are the two standard-bearers for the category so far.

It’s not clear how other manufacturers might get into the mix. Apple has been very quiet so far, giving no indication as to whether it has something big brewing. Microsoft’s HoloLens is more augmented reality, much like Google Tango, which is expected to roll out on some smartphones in 2017.

Social media networks are also likely to embrace the new medium, which only serves to help bolster awareness of what VR looks and feels like. As smartphones continue to grow in power and sophistication, the likes of the Gear VR become more intermediate.

No matter which direction you look in, it appears VR is here to stay.  In you live in the Toronto, Ontario area, be sure to check out demos of all these VR headsets at the upcoming TAVES Consumer Electronics Show (Oct. 28 – Oct. 30, Richmond Hill, Ontario) — more info at www.taveshow.com.