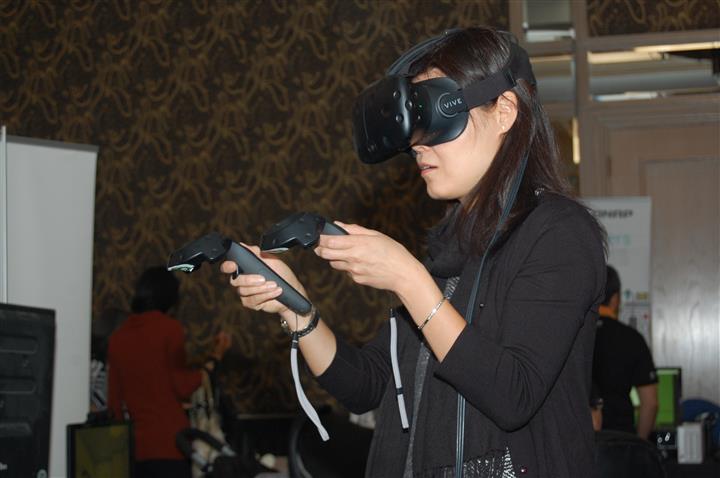 Editor’s note:  Last week, we posted the TAVES Consumer Electronics Show coverage from George de Sa (PART 1, PART 2) and Douglas Brown (PART 3).  This week, Jeremy Phan highlights some of the standout exhibitors from the Technology and Innovation pavilion at the show.

In its second year, the Technology and Innovation pavilion at the TAVES Consumer Electronics Show continued its growth with three themes dominating the showcase: maker spaces & tools, virtual and augmented reality, and educational providers. Not everything was handheld though with Volvo Villa and Plug’n’Drive showcasing a variety of vehicles including electric vehicles that showgoers could test drive.  There were also robots, 3D printers, drones and other tech toys on display at this year’s show.

Virtual reality vendors made a big splash this year with VR cinemas, gaming, and the debut of a VR motion-capture arcade where players wear motion-tracked suits and play co-operative games while walking around in a giant open space while wielding virtual weapons.

Maker spaces where users can work with electronics, wood, metal, 3D printed plastics, and more allow anyone to design, build, and prototype without having to spend thousands on printers, materials, or CAD (computer aided design) software. Along with ever more affordable 3D printers and electronics kits, this hardware renaissance is allowing any tinkerer to bring their ideas into the physical world.

Below is a snapshot of a few of the vendors that were featured at this year’s pavilion. 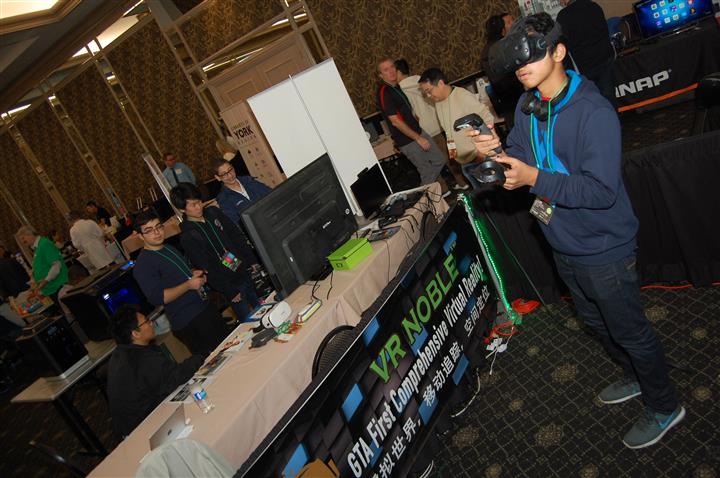 An arcade located at the north end of Centennial Park in Mississauga, VR Noble offers a variety of VR activities from watching big screen movies and documentaries in a VR theatre to playing familiar games like Fruit Ninja. Rates start from $22.99/hour and passes are available for longer durations. 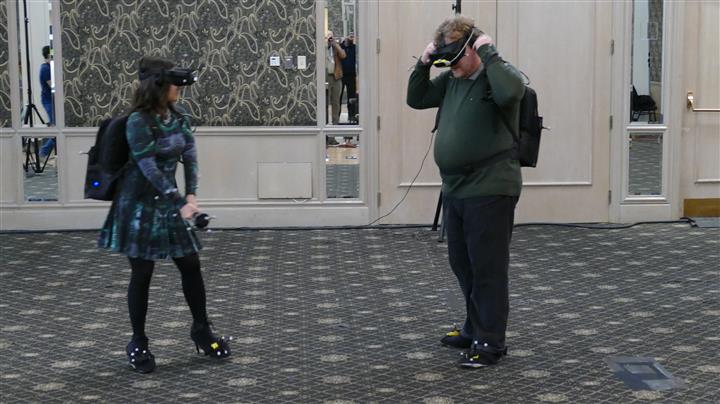 Making VR even more interactive, Mirage VR offers a gaming experience that allows the player to move around in a motion-tracked environment, walking around, swinging virtual weapons, and exploring virtual worlds instead of just sitting stationary. The co-operative experiences allow users to take on different virtual characters and play together in a virtual world.

Aiming to make the pre-construction condo buying experience more intuitive, BabylonVR allows prospective buyers to view, tour, and stage their yet-to-be-built condos. The designs can be saved for viewing with Google Cardboard (and the newly released Daydream), allowing buyers to virtually visit their future home. 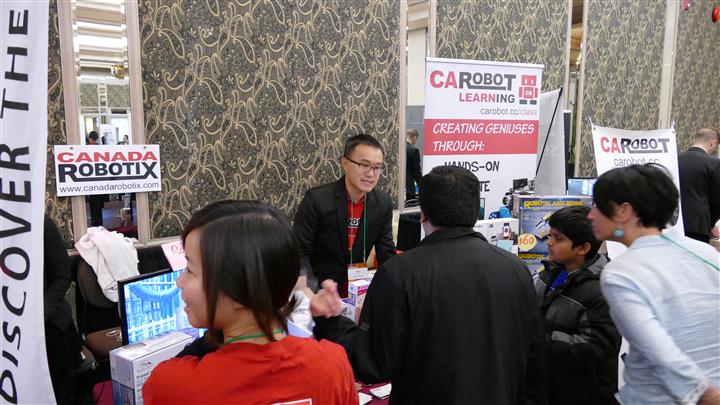 This one-stop shop for all things robotics based out of Markham, Ontario carries a large variety of robots, kits, and robotics-related electronics. They carry everything from Arduino controllers to sensor breakout boards to add functionality to your projects and also have the full line of Raspberry Pi devices. The retail store is located in Markham, Ontario with an online store serving the rest of Canada. 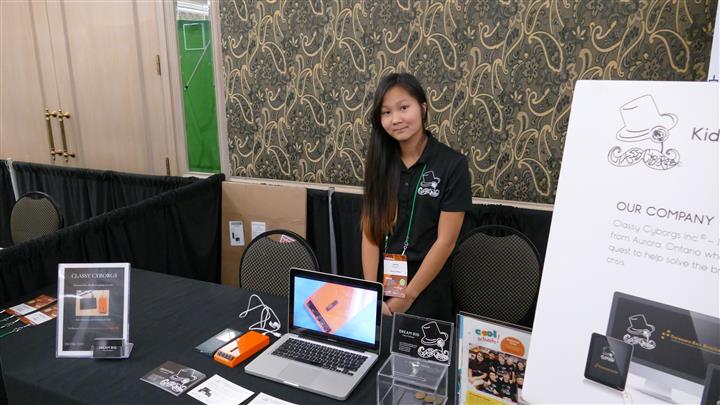 Started in 2014 as a FIRST LEGO League team, the team created a device to teach blind children Braille. The organization is now partnered with VentureLAB and the Lassonde School of Engineer at York University to validate their prototype with the aim to commercialize it. 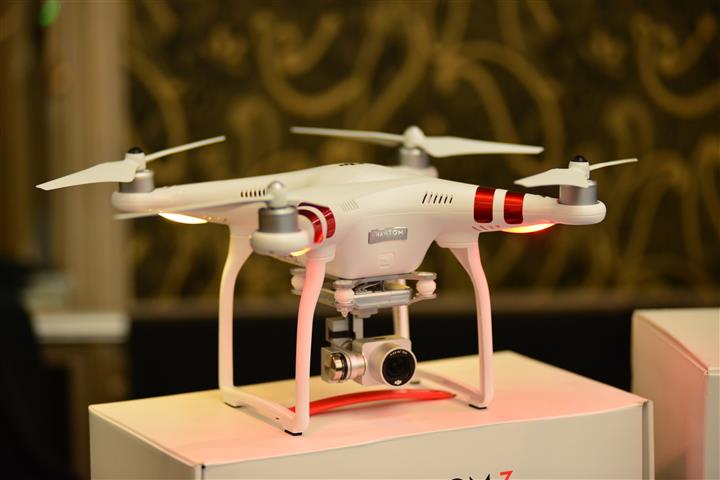 ASI Partner is the Canadian distributor that handles distribution of DJI’s numerous drones and other products such as handheld smartphone gimbals (for steady video recording).  Highlighted at the show were the Phantom 3 and Phantom 4 models.  The model that everyone is awaiting is the DJI Mavic — a drone that can follow and film your adventures autonomously — just watch the video here and you’ll instantly feel like you need one: www.dji.com/mavic 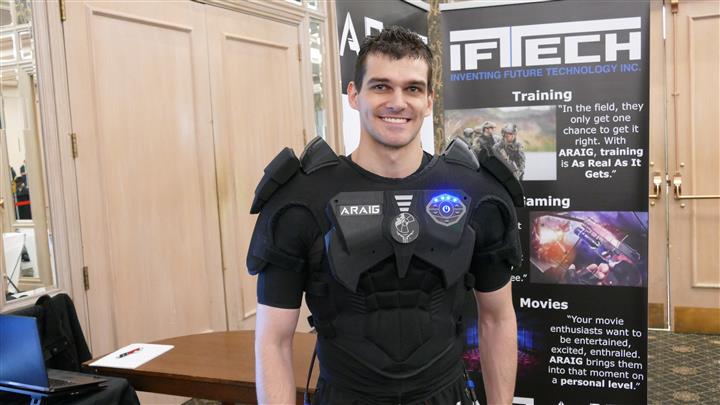 ARAIG (“As Real As It Gets”) is IFTech’s way of making media content more tangible. The vest contains multiple actuators, motors, speakers, and sensory devices to translate what’s happening on-screen to the real world allowing the person to feel rumbles, gunshots, crashes, and other on-screen actions – essentially allowing them to “feel” the content from the perspective of the characters on-screen. Their demo utilized the movie Captain America: Civil War, allowing the wearer to experience it as either Steve Rogers (Captain America) or Bucky Barnes. They’re currently taking pre-orders for the vest. 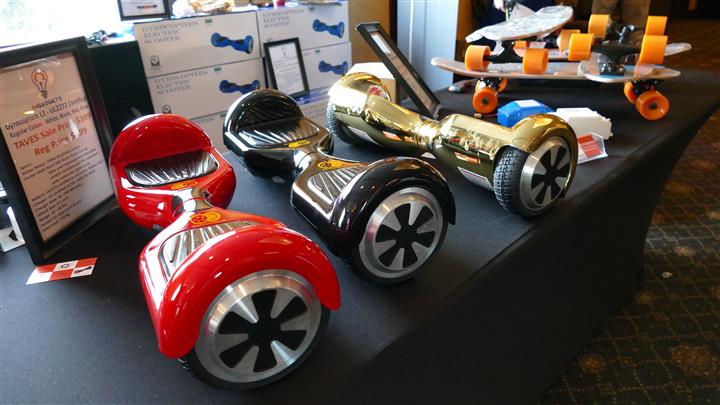 This Canadian distributor with an online store and local pickup in Scarborough, Ontario has a variety of self-balancing scooters, Bluetooth speakers (including a levitating one), and other assorted personal electronics including a USB power bank shaped like a Poké Ball. They go the extra mile and ensure all their scooters are UL certified so there won’t be any issues with defective batteries. 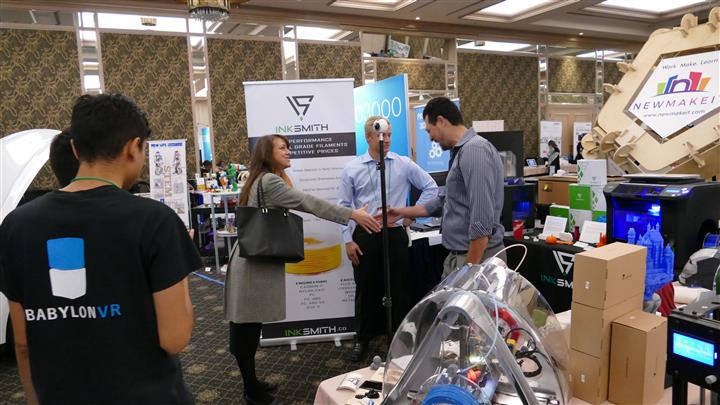 This Kitchener-based full-service firm offers 3D printing, sells 3D printers & multiple types of filament and supplies, and has in-house design and CAD services for those requiring support and prototyping help. Their unique “Z MORPH 2.0SX” 3D printer doubles as a mini-CNC machine that can handle materials such as wood. 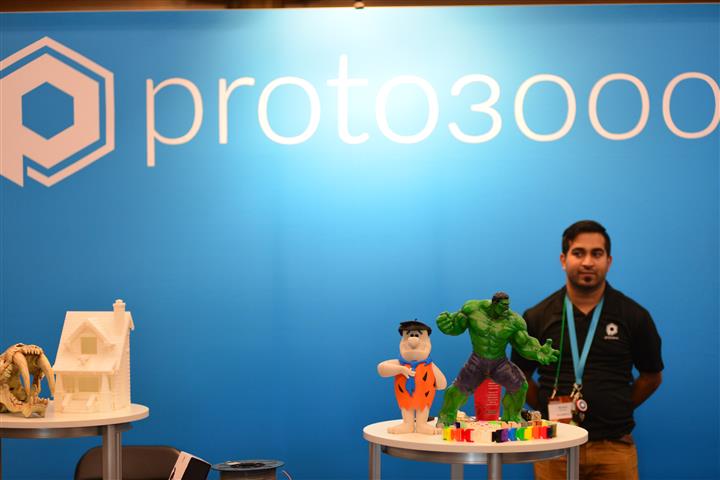 A full-service design firm, Proto3000 works with clients to design, rapidly prototype, and 3D print their products. Their large-scale commercial 3D printers and scanners allow them to work with more materials (including 3D printed wood and metal) as well as build larger, usable prototypes. They also offer medical-grade plastic printing and work with many dental clients. 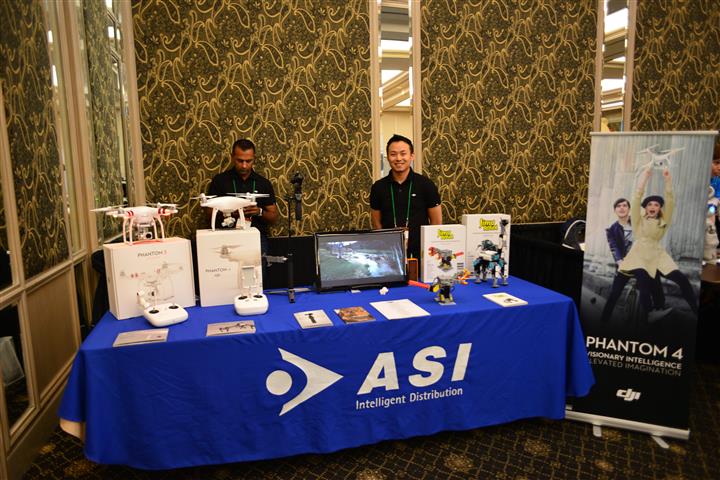 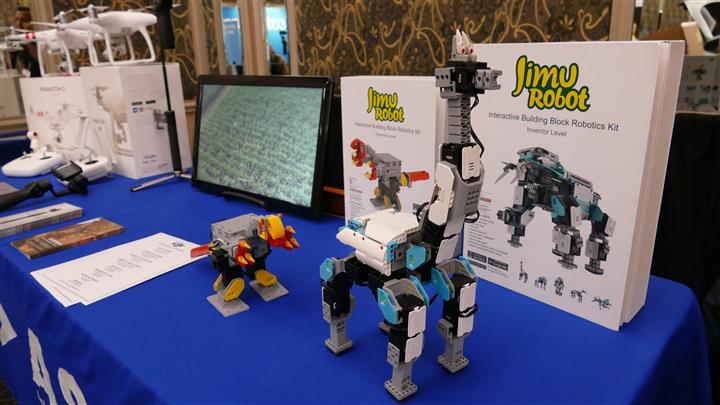 UBTECH makes a line of “service” robots that allow for quick programming and control. The robots have more robust hardware than typical educational robots and come with higher resolution cameras, faster processors, voice recognition, and cloud connectivity for ever-evolving functionality and programmability. UBTECH also has a line of “kit” robots that can be assembled from scratch into a variety of form factors (the “Jimu” kit can be built into a giraffe, rhino, wolf, or humanoid), allowing kids to build and program the entire robot themselves.