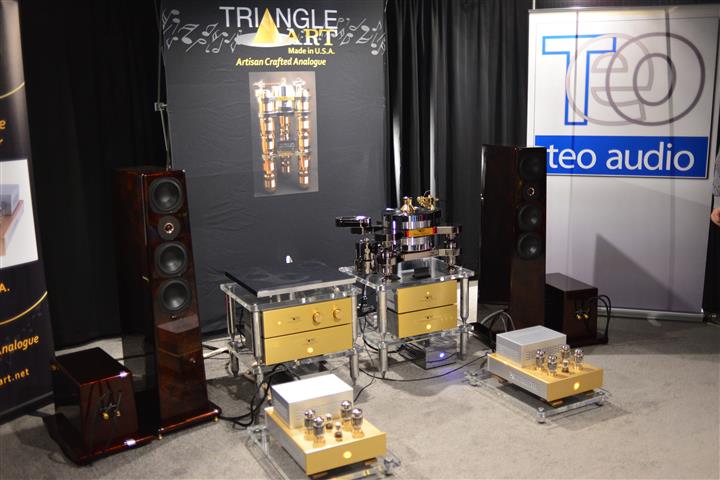 [Editor’s note]: TAVES 2017 coverage part 1 and part 2 articles were posted on our website earlier this week.  This is part 3 of our coverage, by Douglas Brown.

“The ACA Seraphim Skogrand Edition reference loudspeaker is the first found worthy of using Skogrand SCIW Beethoven internal wiring. This is a 1.00 air Dielectric Ultra Pure Ohno Continuous Cast (UPOCC) solid core wire and it is the only one of its kind in the global market preserving the signal most effectively, completely, and undisturbed.” 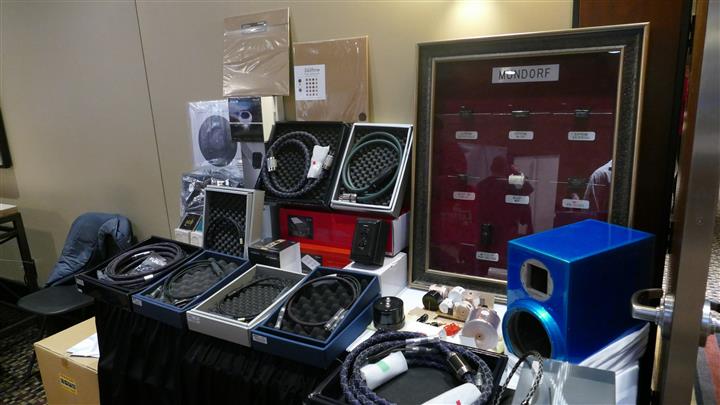 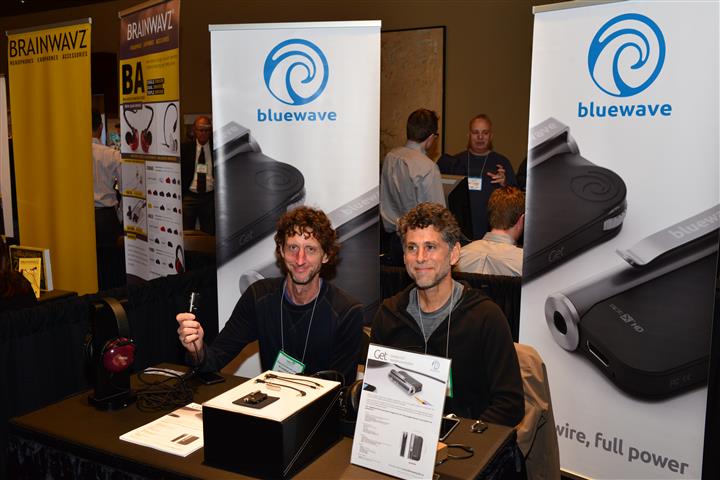 Bluewave Audio
Based out of Montreal Quebec, Canada, Bluewave Audio chose TAVES 2017 as the venue for the WORLD premiere of their brand new GET wireless hi-fi headphone amplifier ($159 CDN).

As more and more smart phones are now being released without headphone jacks, Bluewave’s GET is the most affordable solution to getting high quality sound out of your smart phone. Their product literature states: “Enjoy music with the highest level of clarity, answer phone calls thanks to the integrated high quality MEMS microphone, control your music with the play/pause/shuffle buttons, and adjust volume without ever having to handle your phone.”

I listened to a Leonard Cohen track off of a smart phone on this device and was mightily impressed by the audiophile sound quality that I heard. I was so impressed, in fact, that I’m going to try to source a GET for a future NOVO review.

The tiny GET measures 1.25” x 2.25”. And yet, it includes an ultra-high quality ALPS analog volume potentiometer, plus 44.1Khz and 48Khz sampling rate capability. It supports SBC, MP3, AAC (IOS), AptX, AptX Low Latency, and AptX HD codecs. The GET is manufactured entirely in Canada and it is THE solution for the “fake obsolescence” that many smart phone manufacturers are foiling on an unsuspecting public.

Nothing makes me happier than when two enterprising businessmen come up with a way to circumvent the utter nonsense that massive smart phone companies are trying to stuff down the throats of unwilling, and often unwary, consumers. Kudos to Bluewave for having the guts, tenacity, and temerity to release the wonderful sounding GET wireless headphone amp. 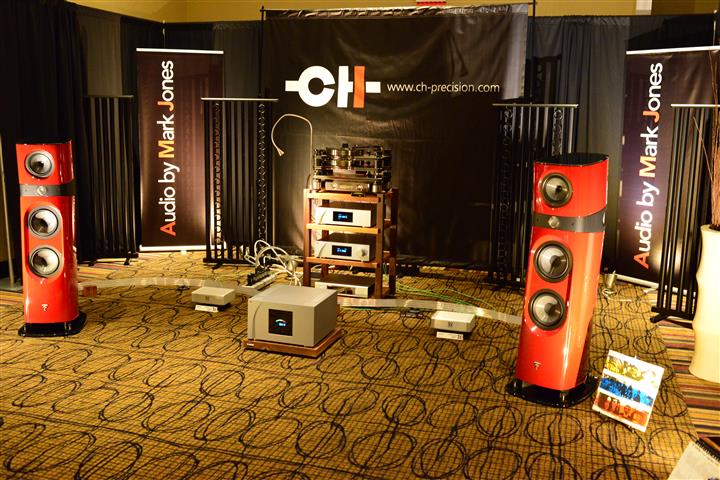 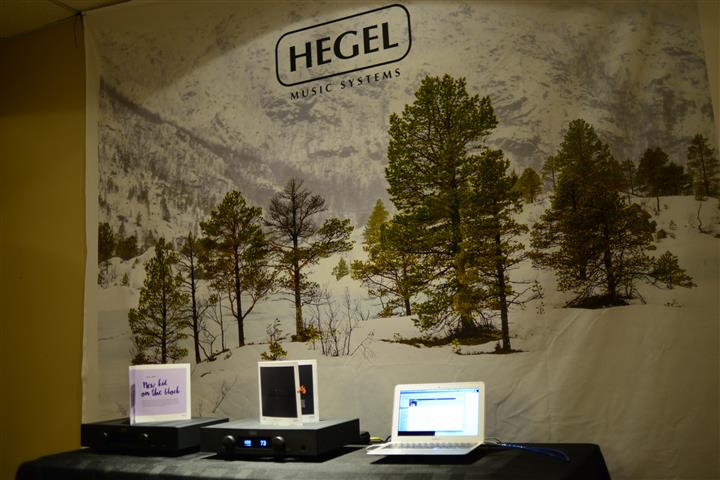 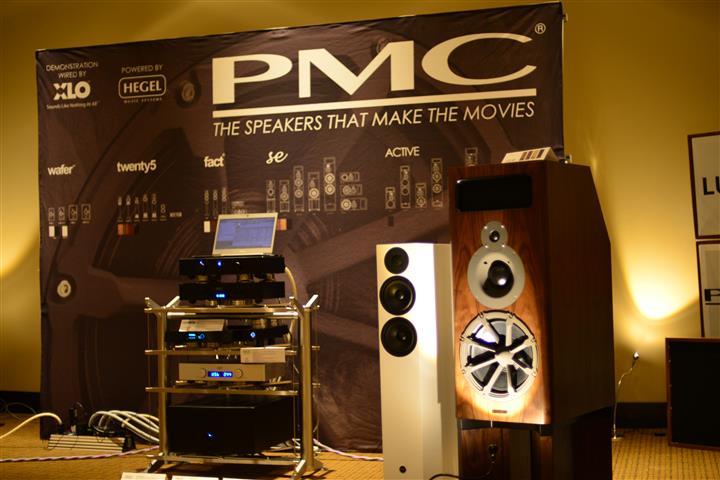 For their pre-power components, they employed a Hegel P30 pre-amplifier ($9,000 CDN), and a Hegel H30 amplifier ($20,000 CDN). These were combined with a pair of PMC’s massive MB2 S.E. floorstanding speakers ($40,800 CDN). This highly dynamic system utilized a full-loom of XLO’s Signature-3 interconnects, power cords, and speaker cables (exact pricing unavailable). 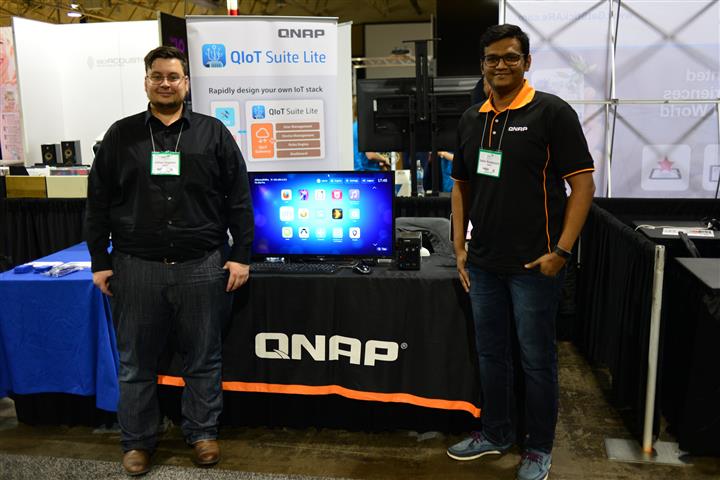 QNAP
QNAP showcased a sampling of the company’s massive selection of NAS (network attached storage) devices at TAVES, aimed at home entertainment and small business applications. Capable of 4K video and 7.1-channel sound, these NAS devices are priced at $200 USD per each hard drive bay and configurable to an almost endless number of bays. Designed to serve as the central storage hub (and a personal cloud), these storage devices allow end users to stream digital content via Airplay, Plex, and DLNA multi-media applications. Using QNAP’s mobile Apps, end-users can also remotely access, view, and download digital files stored on their home NAS system. 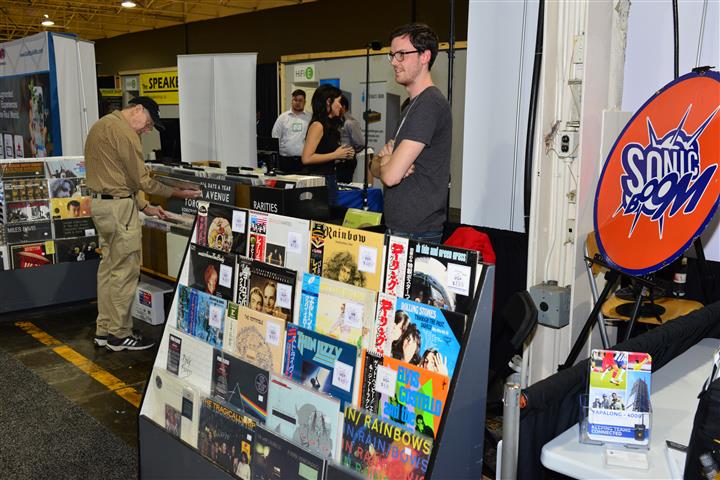 Sonic Boom’s downtown Toronto store houses a staggering amount of new and used vinyl, CDs, DVDs, Blu-rays, and all of the accoutrement which any self-respecting audiophile and/or videophile would see as ‘must have’ items are all readily available for purchase.

Be forewarned though: if you have an addiction to high-end vinyl, Sonic Boom can (and probably will) send you off on what might become a rather lengthy trip to analogue Heaven. Need your vinyl fix…? These guys and gals will happily hook you up with some of the sweetest sounding records on the planet. There… you’ve been warned. 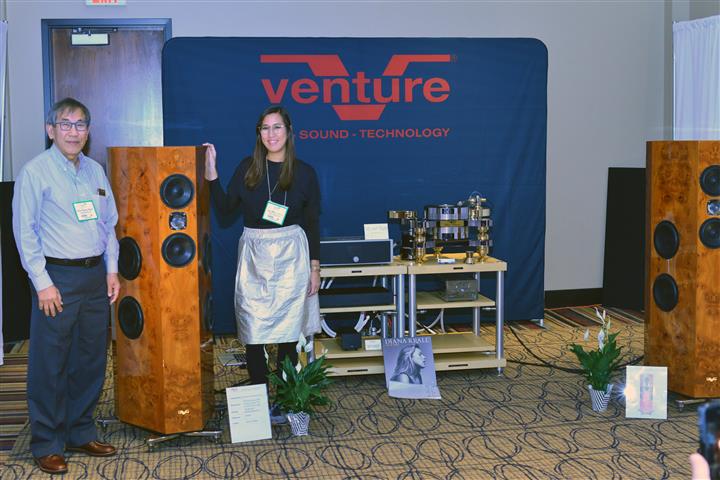 Venture Audio
Travelling all the way from Singapore(!) to Toronto, it was an absolute pleasure to chat with Njoo Lee Ming, sales and marketing manager of Venture Audio. Their commitment to providing ULTRA high-end 2-channel analogue sound has been rock-solid for 30+ years.

Out in the hallway just outside of Venture’s room, I thought I heard a “live” (read: a NON-recorded) pianist playing a Diana Krall song on a real piano. Once inside, it shocked me to find that there wasn’t a real, live, living and breathing pianist playing a baby grand piano. Nope… the sound was coming from a vinyl record-based 2-channel audio system.

All of the cables and the A/C power distribution system featured Venture’s own in-house designed and branded ‘Venture’ models.

Venture’s 2-channel system was the ONLY one at the entire TAVES extravaganza which I mistook for real instruments. As such, they’ve earned my ‘Best Sound at TAVES’ for 2017. Kudos to them for achieving this! 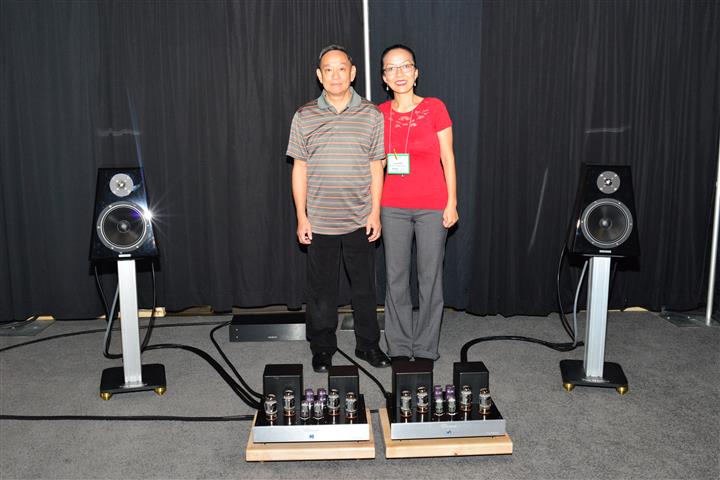 Von Gaylord Audio
Based out of Sacramento California USA, Von Gaylord Audio is one of a very few high-end audio manufacturers that produces ALL of their own audio components including sources, DACs, pre-amps, power amps, speakers, and even cabling. 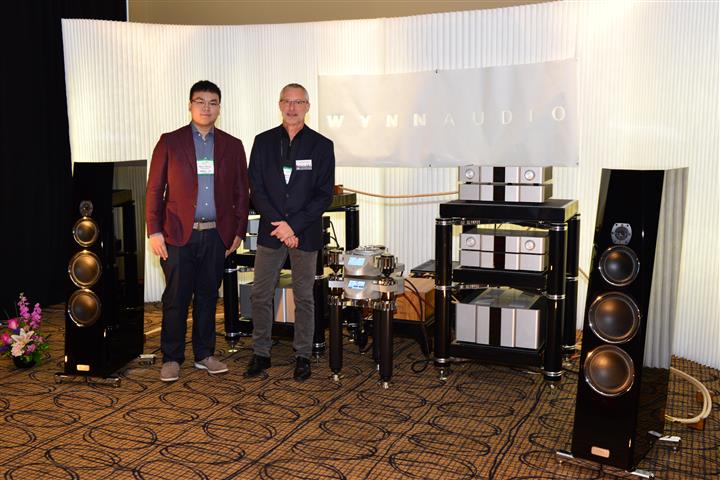 I spoke at length with Metronome’s CEO and owner Jean Marie Clauzel who generously took the time to provide me with a barrage of technical information about their Kalista CD player + DAC and the company’s philosophies towards both business and music.

Wynn’s 2-channel system had a relaxed, organic, and natural sound that was a joy to listen to. If money wasn’t an issue, this is the kind of system that I’d have Wynn Audio assemble for me. Their careful attention to detail, component matching, speaker selection, and knowledge of how to squeeze the sonic lemon to wring every last ounce of sound of out ultra high-end gear is what made their room sound so special. Wynn achieved the best digital sound I heard at TAVES 2017. Germane to the 40 or 50 different rooms that I listened to systems in, this is quite an accomplishment.