Why Do We Need Better Cables? Continued Innovation In Audio Equipment Drives the Need For Higher Quality Cables 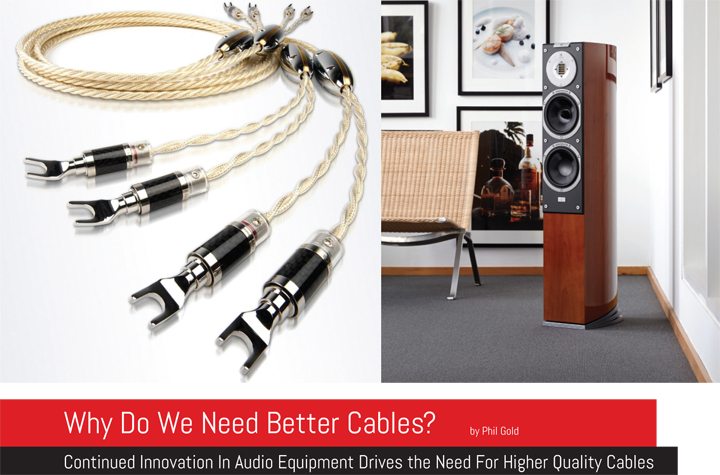 So let me tell you a story. Once upon a time, amplifiers, turntables, speakers and cables all produced considerable levels of distortion and had poor levels of definition, with speakers at the top of the list of offenders. One lone Englishman, Peter Walker, threw out conventional wisdom and abandoned the traditional moving coil speaker design we all know and love, in favour of flat electrostatic panels – introducing the famous Quad Electrostatic Speaker in 1957, followed by the Quad ESL-63 in 1982. These early Quad speakers had their faults to be sure. They couldn’t play loud, they were weak in the bass, and they beamed their image to a very narrow hot spot, but they raised the bar dramatically in terms of speed and accuracy, and showed the world just what was possible. The rest of the speaker industry has been innovating to match and improve upon Walker’s designs ever since. Moving coil speaker designers have now finally succeeded in challenging the electrostatic designs on all fronts, while surpassing them in dynamics, bandwidth and image width. For many years the high end in moving coil speaker design revolved around Dave Wilson and his Wilson Audio speakers. More recently Wilson Audio has been challenged by Alon Wolf’s Magico and Yoav Geva’s YG Acoustics among others. High tech materials, incredibly close tolerance construction and advanced computerized design and manufacture are behind dramatic reductions in distortion levels.

Today we can say the loudspeaker is no longer the weakest link. If it’s not the speaker, then what is it? Linn Audio’s Ivor Tiefenbrun surprised almost everyone in the 70’s with his claim that the turntable was now the most important component in the system. His famous maxim “Garbage in- garbage out” and his iconic Linn Sondek LP12 turntable changed the world. HiFi Choice reviewers voted the LP12 the most important hi-fi component ever sold in the UK. It inspired a bunch of imitators. Now in its 54th year, it remains in limited production, its basic design untouched by time. The LP12 offered reduced rumble, greater speed stability and a platform to support ever finer tonearms and cartridges. The LP12 propelled other turntable manufacturers to new heights, using high tech materials, advanced design, massive construction and ever more refined cartridges to lower distortion and expand the effective frequency range. The LP12 has been the subject of numerous optional upgrades, from Linn and others, to the plinth, the power supply, the suspension, you name it. Today’s best turntables can set you back over $100,000, and then you can spend large amounts on highly refined arms, cartridges and phono stages designed to extract the very best from the black vinyl disks, now experiencing a resurgence of popularity. These too exhibit greatly reduced levels of distortion, and a corresponding improvement in image size and precision. We live in a golden age of analog. 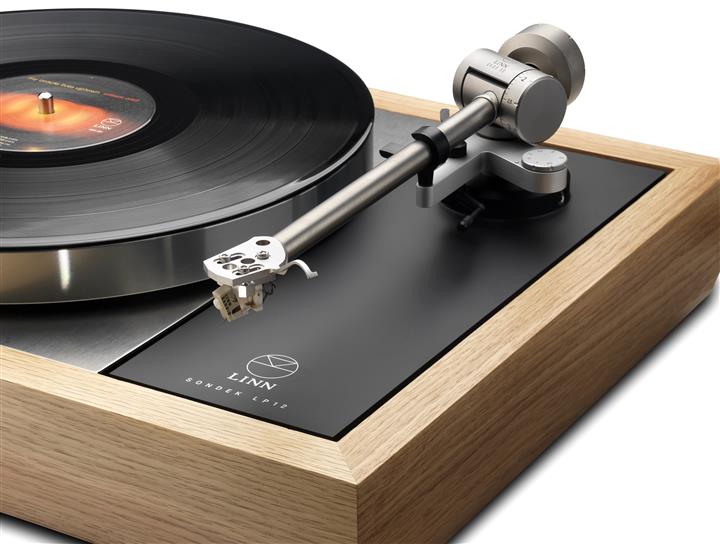 The CD kicked the LP off its perch as the medium of choice, but early CD players were not capable of challenging the sound fidelity of a well set up high-end turntable. One small step for convenience but no giant leap for fidelity. One man was up to the challenge of improving the sound of those early CD players, and that man was Bob Stuart (Bob Stuart) of Meridian Audio. Although many will know him better from his pioneering work on active speakers, DVD-Audio and now MQA, his work on improving the sound of Redbook CD is perhaps his greatest achievement. In 1985 he introduced the Meridian MCD player, the world’s first audiophile CD player. His latest offering in this field is the Meridian 808v6 Signature Reference CD Player, a wonderful machine which any music lover should be proud to possess.

As wonderful as Redbook sounds through the 808 and some other high-end CD players that compete in that space, digital audio can sound better if it captures more bits per second. While DVD-Audio and other high sample rate mechanisms offered one way of improving on the 16 bit, 44.1k sampling frequency of Redbook, Philips and Sony pushed for and pioneered another method altogether, DSD, introducing SACD players based on that standard in 1999 (Sony SCD-1). Central to this development was Canada’s Ed Meitner, whose EMM Labs is among the leaders in the field of DSD and DAC technology today. He is not alone but his work is remarkable and he has pioneered a purity of sound that sets the standard for the industry, and which leaves the humble CD well behind. Ed Meitner was the first to identify jitter as the villain behind the edgy sound of early digital audio and developed advanced technology to minimize it.

Today we see high bit rate streaming and downloads of high resolution audio files with more information even than the DSD standard. The high processing power of today’s chips and a greater understanding of digital processing has provided some remarkable improvements in DAC technology. You only have to look at what PS Audio and Chord do today in producing better sound for far less money than the best digital technology of a few years back. Common to the approach of EMM Labs, PS Audio and Chord avoid the mass produced DAC chips that mainstream converters rely on, since they see them all as fundamentally flawed.

So we’ve seen dramatic improvements: in source components (analog or digital) and equally dramatic improvements in loudspeakers. What about amplifiers? Well yes, we’ve also seen some improvement there, but not to the same extent. That’s because in the good old days of tube electronics, the standards were already pretty high. It has taken decades for silicon based amplifiers to improve so they can stand up to comparison with the best tube amps of yesterday, and the best tube amps of today set even higher standards for many listeners. Who do we have to thank for the high achievements of today’s reference level silicon amps? I would mention Julian Vereker of Naim Audio, for his pioneering work on power supplies, and Dan D’Agostino for his groundbreaking Krell Class A amps and the latest remarkable efforts under his own name.