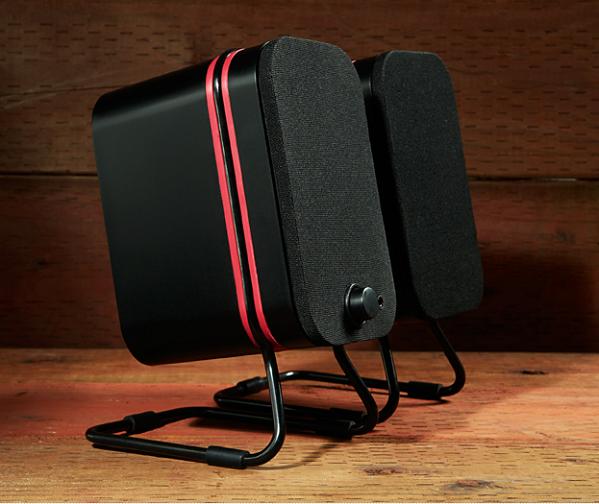 Audyssey is an audio technology company that is most well know for its room correction audio software, found on many home audio-video receivers, as well as some automotive sound systems. However, just recently Audyssey released their new Lower East Side Media Speakers. The speakers are a follow-up to Audyssey’s Audio Dock.

The Lower East Side Media Speakers use Audyssey’s new Smart Speaker digital audio technology with the objective of providing more accurate sound for your computer and media center. Audyssey Smart Speaker technology attempts to increase the performance of small speakers in the areas of bass reproduction, low volume level clarity and accuracy. The Lower East Side Media Speakers are designed with a passive bass radiator and Audyssey proprietary technology. The bass is not boosted but rather enhanced to provide deeper sounds.

The Lower East Side Media Speakers are a first of its kind to provide both a 3.5 mm line and digital optical audio inputs, allowing for the use with computers, Apple TV, Blu-ray players, iPhone models or MP3 players.

The name of these speakers is inspired by New York’s Lower East Side, which has a number of music venues such as CBGB, ABC No Rio and Arlene’s Grocery.

The Audyssey Lower East Media Speakers will begin shipping this Fall 2011 with a MSRP of $199.99 U.S.

Look for more information at: http://www.audyssey.com