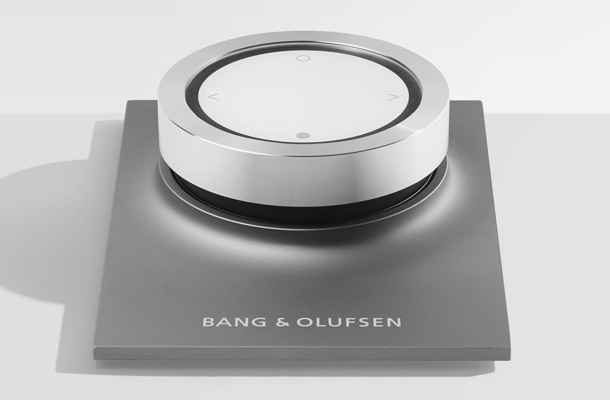 Bang & Olufsen (B&O) has just announced the release of their new BeoSound Essence system.  The BeoSound Essence is a wireless music control dial, that can be wall-mounted or sit on a table/desk.  It can control playback with simple touch.  B&O refers to the BeoSound Essence as “a radically simple approach to accessing the ever-expanding panoply of digital music possibilities, whether they’re in the cloud, on your computer, NAS, mobile phone or tablet.”

The BeoSound Essence sound system can pair with any of B&O’s active speakers.  And, a new BeoMusic app will make it easy to control music playback from iOS and Android devices, as well as from PC or NAS devices.  It also offers the opportunity to access global internet radio stations.