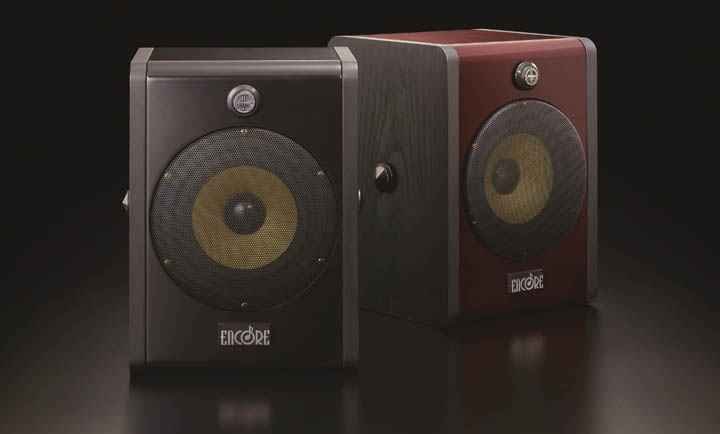 Over the past few decades, we have seen some truly splendid consumer electronics products come out of Japan.  Sadly, except for a few exceptions, this did not include great high-end loudspeakers.  This is why most audiophiles who were partial to front end electronics that are made in Japan, usually turn to North America or Europe for their loudspeaker requirements.

One of the reasons for this could be that most Japanese products are mass-produced on assembly lines, which is very antithesis of the way superior loudspeakers are made.  It is a fact that most true high-end loudspeakers are carefully and meticulously handcrafted one pair at a time by skilled hands and like fine musical instruments, they are individually tuned and voiced to optimize their performance.

Of late, I have found a few loudspeakers coming out of Japan, which have been created the way the better transducers in North America and Europe have been for the past half-century.  One of the more prominent efforts has been from Sony, who introduced the ES SS-M9ED and then followed it up with the well reviewed SS-AR1.

The Encore ENC-5, which is the subject of this review, belongs to the same ilk as the SS-AR1, in that it is meticulously designed, hand assembled and individually tuned like a fine acoustic instrument.  The Encore is made by Combak Corporation of Japan and it is their second foray into the world of high-end loudspeakers.  Their first attempt was the ‘Bravo’, which, like the Encore is also a bookshelf speakers with ambitions of rivaling not just other high-end bookshelf speakers but also some floor standing models.

Wynn Wong of Wynn Audio dropped by with the review pair of the Encore and very graciously helped me unpack the speakers and set them up.  My first impressions of the Encore, out of the box, were not exactly overwhelming.  The Encore is a petite, well finished boxy cabinet that measures 217mm x 300mm x 217mm and weighs in at 12.32 kilos (around 16 kilos with the packaging).  I could not fault the packaging, which is very well thought out and should survive even the most brutal handling during shipment.

The Encore looks to be a single driver unit design until you go through the literature which reveals that it is actually a coaxial design consisting of a 176mm fiberglass midrange at the center of which is mounted a coaxial aluminum dome 24mm tweeter.  The design goal was to create a one-point source drive that has a dispersion pattern that is controlled to achieve the smoothest possible radiation pattern.  The fact that it is a completely sealed box would help in attaining this control.

What sets the Encore apart from many other speakers is the fact that each pair of speakers is individually fine-tuned by an expert, to squeeze out the best possible performance.  In this regard it is more akin to a high-end acoustic instrumental rather than a loudspeaker.  Combak Corporation calls this process ‘Harmonix Resonance Tuning’ and they claim that it guarantees that the Encore is capable of reproducing the natural tones of acoustic instruments like pianos, guitars and violins.  I suspect that the relatively high price of this speaker has as much to do with this fine-tuning process as it does for the quality of the parts and material used in the speaker itself.

The enclosure of the Encore has cones protruding from the sides of the cabinet making it look like the speakers have ears.  According to Combak, these cones serve to unify the vibration pattern of the enclosure, thus avoiding any possibility of unbalanced sound due to undesirable cabinet resonances.

The frequency response is 70Hz to 25 KHz (+/-2dB) and the sensitivity is 86dB.  The crossover network feeds the midrange with frequencies below 2,800Hz with everything above that diverted to the tweeter.  The impedance is rated at 8 ohms and is designed not to wander much below 7 ohms, which should make these speakers a very easy load for most amplifiers.  The manufacturer recommended amplifier power is from 20 to 150 watts.  The grill is non removable and comprises of a metal mesh that Combak Corporation claims is free from any negative effects like muffling, diffraction or early reflections.

Aesthetically, the Encore would not stand out all that much if displayed alongside the myriad of mass-produced bookshelf speakers that sell for a few hundred dollars at one of the big box stores.  Given its price of $9,000, at first blush, it would be hard to comprehend how it could justify that price purely based on its appearance.  I remember thinking to myself; this pair of speakers would need to deliver truly extraordinary sonic performance even to get on to the short list of deep-pocketed audiophiles considering bookshelf speakers.

According to Combak Corporation, like the Bravo, the Encore was designed and developed in collaboration with Gradient of Finland as well as Seas of Norway.  Also like its predecessor, it incorporates the Harmonix Resonance Technology developed by Combak, which they claim, is state-of-the-art in terms of controlling resonance inside the speaker enclosure to optimize the performance of the driver units.

Out of the box, the Encore sounded a bit raw and rough indicating the need for a thorough break in period.  Therefore, I put 180 hours on it before the audition after which it sounded like a different animal altogether.  I also found that the Encore is very sensitive to the cables used with it.  I tried a variety of cables and found that they sounded their best with Skogrand Beethoven cables.

The first aspect of the Encore sonic reproduction is the smooth transition from the midrange to the tweeter, which is as seamless as I have heard with any bookshelf speaker at this price point.  What also jumped out was the solidity and three-dimensionality of the soundstage.  These little fellas throw a holographic sound image of a size that belies their petite dimensions.

The other remarkable aspect of the Encore’s performance is the way it renders the human voice.  Be it male or female, the emotions in the voice were quite evident and the presence of the singer was above par.  These was also a fair amount of intimacy when listening to gentle love ballads especially by divas.  The innocent, child-like quality of Dolly Parton’s voice was rendered with the little girl quality that is unmistakably Dolly.  The nasal quality that I find even in some very high priced speakers I have heard was thankfully mostly absent in the Encore.  String instruments were delivered with good body and fullness while percussions were fast and taut, just the way I like them.

The problem with many bookshelf speakers is that it is difficult to design them in a way that lets them excel in all the major area of sound reproduction.  This means that with many bookshelf speakers you have areas of evident strengths accompanied by other areas of obvious weaknesses.  The Encore seems to have broken that mold in that it adroitly balance things like dynamic contrast with superb tonality and reproduction of the tiny nuances and subtleties of music, with the smoothness and ease that minimizes listening fatigue.

The Encore has a bass roll-off of 12 dB per octave, which allows it to reproduce whatever bass it is capable of, in a more tuneful manner.  However, like most bookshelf speakers, the bottom octave is totally missing which makes the Encore a good candidate to match up with one or two good subwoofers that are fast enough to keep up with it.  I got them to partner with a pair of JL Audio f112 and that worked out well.  The f112’s provided the foundation that completed the sonic story that the Encore is capable of telling.  The high frequencies had just the right amount of sweetness to avoid sounding euphonic.  The midrange, while having good saturation, was a shade below par when compared to similarly priced speakers.

I began the review with Celine Dion’s “Nature Boy”.  Having attended a couple of Celine’s live concerts in Las Vegas, I have a pretty good reference of what she sounds like in person.  The track through the Encore had a very well-defined presence and body.  Celine’s voice has a fine structure and is always incredibly well controlled which on a true high end audio system sounds quite majestic.

I followed that up by listening to Die Tänzerin by Ulla Meinecke.  This husky voiced diva puts a lot of emotion into every song she sings.  Through the Encore, all the emotion came through with a good deal of ease.  This is also a great track to evaluate the rhythm, pace and timing of a speaker and the Encore was up to the task as was evident by the reflex action of my foot merrily tapping to the beat.

Next on the list was the Supertramp “Breakfast in America” album.  This classic recording has some incredible piano segments.  Through the Encore, every piano note was rendered with the right weight and correct rounded tonality that makes this instrument such a joy to listen to.  What is unusual is that this fullness is achieved without sacrificing any of the warmth that you hear when you listen to a piano being played live.

My next track was the reviewer’s staple – Mussorgsky’s Picture at an Exhibition by Samuel Goldenberg & Schmuyle.  This is one track that most bookshelf speakers struggle with because it is so good at revealing a speaker’s inability to deliver the organ sound with a proper top to bottom continuality.  The Encore handled this well.  With help from the two JL Audio subwoofers, even the low organ notes came through effortlessly and at full strength.

I then switched to male vocals and Cat Stevens’ (now Yusuf Islam) “Morning Has Broken”.  Though the Encore, this track allowed you to actually feel the freshness and crispness of the birth of a brand new day, which, I am sure is exactly the feeling that Cat Stevens intended his audience to experience when he belted out this song.

Another challenge for most bookshelf speakers is the accurate reproduction of the tutti section of a philharmonic orchestra.  Her I challenged the Encore with Rimsky-Korsakov’s “The Snow Maiden – Dance Of The Tumblers” performed by the Minnesota Orchestra, conducted by Eiji Oue.

Here again the Encore surprised me by sounding a lot bigger than its actual dimensions.

At the conclusion of the audition, I found the Encore to be a very special breed of bookshelf speaker.  They deliver most of the advantages that bookshelf speakers have over floor standers, including the ability to sonically disappear while recreating a very stable soundstage.  At $9,000, they are not what most audiophiles would consider as cheap.  At this price point the competition is very fierce and there are many speakers that will give the Encore a run for its money.

Yes, there are quite a few bookshelf speakers and floor standers that will, in certain aspects, outperform the Encore, but you will be hard pressed to find a more complete bookshelf speaker with so little to dislike, even at this lofty price point.  Once you get past the petite size and modest aesthetics of the Encore and immerse yourself into the sonic performance that it delivers, you will begin to see the value it offers even at $9,000.

One thing I can say for certain; I have encountered few bookshelf speakers with the ultra compact dimensions of the Encore that will deliver this level of performance.  What this means is that if you have a listening room that does not have enough space to accommodate floor standing speakers or even larger models of bookshelf speakers, I recommend that you audition and perhaps place the mighty little Encore on your shortlist.