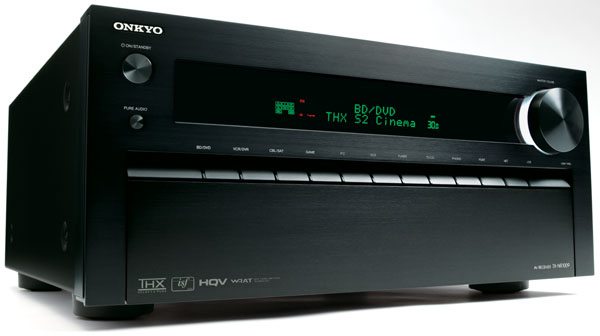 DTS Neo:X is the industry’s first 2.0/5.1/6.1/7.1-to- 9.1/11.1 conversion technology within a single algorithm. On the TX-NR1009 it offers a number of different ways to set up the speakers in a 9.1-channel home theater system. A basic 5.1-channel set-up can be complemented by one of three different arrangements.

The Onkyo TX-NR1009’s incorporates powerful 135-watts per channel and uses a massive transformer. In addition, TI Burr-Brown 192 kHz/24-bit DACs are used on each channel to ensure that all digital signals are converted perfectly to analog sound.