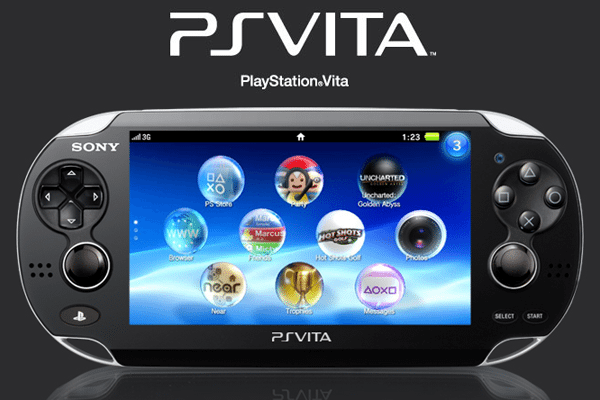 Avid gamers will finally be able to get their hands on the new PlayStation Vita portable gaming system tomorrow!

The PS Vita incorporates a 5-inch multi-touch organic light emitting diode (OLED) display and a unique multi-touch pad on the rear. Together with the front touch screen and the rear touch pad, the Vita offers new game play experiences never before seen on any device, allowing users to interact directly with games in three dimension-like motion, through “touch, grab, trace, push and pull” finger motions. The PS Vita features two analog sticks which enable a wider range of game genres to be brought into the portable experience, such as shooters, action games, and fighting games.   The PS Vita will also interact with the PlayStation3 (PS3) with compatible titles, offering multi-player gaming across both platforms and cloud-saving so consumers can play a game on one platform and pick up where they left off on the other.

Also, by having both Wi-Fi and 3G network connectivity, together with various applications, the Vita will enable infinite possibilities for users to “encounter,” “connect,” “discover,” “share” and “play” with friends wherever they are.   The Vita application “near”, which will come pre-installed, will let users discover what games PS Vita users in the vicinity are or were recently playing, as well as let users share their game information. “near” also enables location-based gaming features such as “gifting,” in which a user can access virtual game-related items that other users are sharing, through checking in at geographic locations that others have also visited. The virtual items can include content unlocked from games, such as character costumes, weapons, and treasures. Sharing these items between users adds a unique dimension to the portable gaming experience on PS Vita while enhancing the social connectivity among the PS Vita community.

Additionally, PS Vita will come pre-installed with a newly developed application called “Party.” “Party” is an innovative application for a portable entertainment system which enables users to enjoy voice chat or text chat not only during online gaming, but also when users are playing different games or using different applications such as internet browser.

With the Vita launch just one day away, the new system is said to offer the biggest and best launch lineup across the history of PlayStation platforms. PS Vita will offer the most popular franchises in gaming along with entirely new titles – all built from the ground up to take advantage of PS Vita and the unique ways it enables gamers to play.

Consumers who purchase PS Vita will also be able to experience Augmented Reality (AR) right out of the box. Included with every PS Vita system are six AR Play cards and one voucher to download a handful of augmented reality mini games via PlayStationNetwork.