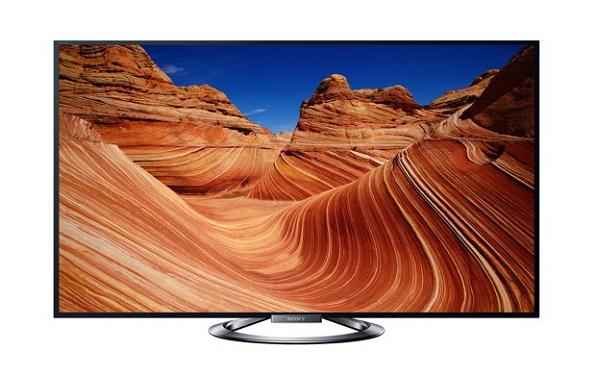 Sony has just annouced the arrival of its core 2013 Bravia HDTV models, which includes two new series of LED HDTV’s i.e. the W- and R-series.  The new models come in at prices as low as $399 U.S. and will be arriving in Sony Stores now, through to May 2013.

W series:
Includes the KDL-W900A, KDL-W802A and KDL-W650A, all of which are Wi-Fi enabled and use the Sony X-Reality PRO picture processor as well as Motionflow XR for picture quality and speed.

The W900A model incorporates a long 1.2m speaker duct that is folded and hidden behind the screen. The design provides for increased bass and performance from a small form factor.

W-Series TVs include screen mirroring via Wi-Fi and with the W900A model a NFC remote is included, which optional for the W802A television. All three series are MHL-ready for wired mirroring capabilities.

Sony’s R-series:
The R-series HDTV are driven by Sony’s Clear Resolution Enhancer technology. The KDL-R550A LED HDTV is a 3D Wi-Fi connected televison and is RVU compliant, meaning DirectTV customers with Genie Whole-Home HD DVR can access their set-top box, DVR and on-demand services directly through KDL-R550A TV.  The KDL-R550A also allows wireless screen mirroring (Miracast) and passive 3D, with four pairs of glasses included.  This models is available in 70-inch, 60-inch and 50-inch sizes with prices starting at $1,399 U.S.  In addition, a non-3D version in 70-inch and 60-inch sizes is available in the KDL-R520A model, which starts at $1,999 U.S.  The KDL-46R453A, KDL-40R450A and KDL-32R400A models also debut and start at $399 U.S.