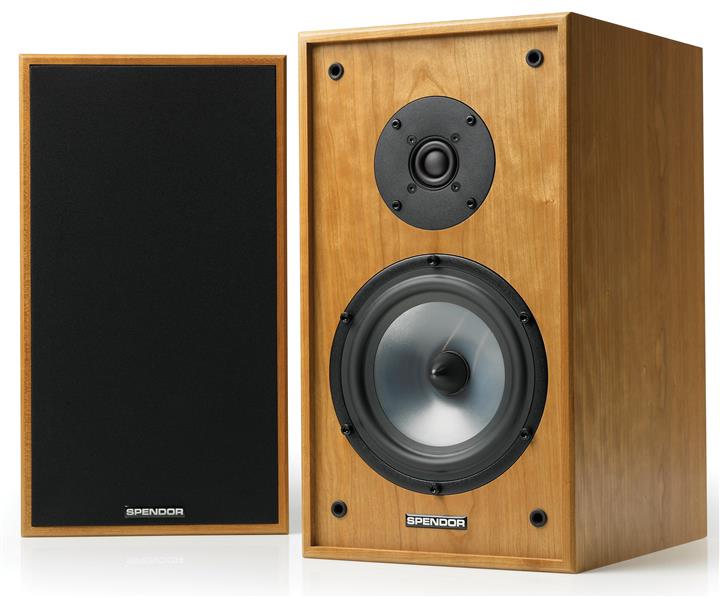 How many audio components can really stand up to the test of time? How many audio components inspire real affection? Does your mind turn to the Quad Electrostatic Speaker, the Krell KSA-50 Class A Amp, the Linn Sondek Turntable, the NAD 3020 Integrated Amp or the Acoustic Research AR3a Speaker? Well in my book, the Spendor BC1 Speaker, which I purchased in 1973, belongs firmly in that pantheon, as does its smaller brother the LS3/5A. My system at that time included a Rotel 610 Amp, a Thorens TD125 Turntable with a Shure V15 cartridge and an Akai Tuner. We were all told that the speakers contributed by far the most to the sound of the system, and that’s where you should spend your money. The Spendors were my pride and joy. Only later did Linn’s Ivor Tiefenbrun turn our world view on its head with his insistence on the importance of the source. His mantra – “Garbage in – Garbage out”.

Spendor was the creation of Spencer Hughes, an engineer working at the BBC, and tasked with the investigation of new plastic cone materials for BBC monitoring purposes. After much experimentation he came up with the first Bextrone cone, and developed a speaker using an 8″ driver with a Celestion HF1300 tweeter. The crossover used a large multitap auto-transformer, allowing precise calibration of each speaker to meet the very high BBC standards. A year or so later a Coles supertweeter was added to the design, partly for tax reasons, and partly to detect interference in the new 625 line standard being introduced for television broadcasting around that time.

The commercial version of this BBC speaker, the Spendor BC1, was a big hit with audiophiles because of its sublime midrange. The bass was nothing to write home about, and the treble, despite the presence of that supertweeter, rolled off significantly at the higher frequencies. But music is primarily in the midrange, and the main driver, unique to Spendor, crossed over to the tweeter at a high 3 kHz. This meant there was no crossover in the vital presence region, perhaps the key factor in the great midrange reproduction. The cabinet construction was also unusual. Rather than having stiff sidewalls, as most speakers then and now aspire to, the BC1 had thin Baltic birch ply panels which were lined with bitumen pads. These panels were designed to disperse vibrations at lower frequencies than more rigid boxes, avoiding the higher frequency vibrations that colour the sound more noticeably. Front and back panels are attached by screws, also designed to dissipate rather than prevent vibrations. So this is certainly a speaker to fail the knuckle test, and deliberately so.

I loved the BC1 speaker. Music sounded like music. But I also had a problem. I kept blowing the drivers. I must have gone through about 5 bass drivers. Every time I did, Spendor would ship me a new one without complaint. I kept these speakers for six years until I left the country, selling all my gear in the process.

So much for history. The Spendor BC1 stayed in production until the Celestion HF1300 tweeter was discontinued in 1994. In 2000 Spendor Audio was acquired by Philip Swift of AudioLab. Terry Miles (Head of Engineering) and Philip Swift have created a Classic line to recreate the essence of the earlier designs using current technology, as well as the A Line and D Line series and the range topping ST.

Today’s direct descendent of the BC1 is the Classic SP1/2R².

The smaller SP2/1R² is a successor to the 1994 Spendor SP3, developed along similar principles to the BC1 but in a smaller frame.

The SP3/1R² is the second model in the range of 5 Classic speakers. It’s a two-way with an 18cm woofer and 22mm tweeter in a cherry or dark walnut box which measures 40 x 22 x 28 cms (HWD) and weighs 9.5Kg. At the rear you will find an unusually large port and two sets of connectors for biwiring, with hard jumpers provided. A large fabric grill covers the entire front and you don’t need to remove it for good sound. Spendor has worked hard to make the weave acoustically transparent and the geometry of the apertures in the supporting frame was calculated to make all the frame edges acoustically ‘invisible’. If you do want to remove it, then you need to press in with both palms near the top of the grill, stretching the fabric, and you will find a frame that you can pull towards you. Once removed, you can see the dome tweeter and the cone driver.

In common with the BC1, the Classic speaker still uses a thin wall construction, albeit of MDF rather than birch, and it still has individually calibrated crossovers for pair matching within 1dB. Bextrone has given way to a superior ep3 Polymer and the crossover frequency has been pushed up to 3.7kHz. The large rear port is well rounded and works at a low air speed, reducing port noises and reflection issues. The cabinet size and shape is traditional, being wider than many current competitors. As you would expect for a speaker of this size, the bass is ultimately limited in its depth and volume, while the treble is not quite as open as you might find on today’s best Totem or B&W. But the midband is simply wonderful. Even smoother and more refined than the BC1, if memory serves.

So, new materials, a smaller box, fewer drivers, but this is clearly a modern relative of the famous BC1 and it is instructive to see how well this update stands today. I don’t want you to think this is even a new update. This particular iteration has been around for at least six years, and is still made in the UK factory. Spendor sells them for the relatively modest price of $3695. Over the years Spendor has refined every element of the design and I should mention a few of the features they are most proud of:

They are certainly well finished with beautiful wood grain and nice beveled edges on the front of the speaker to avoid interaction with the tweeter.

Recently the BC1 was our inspiration for the new Spendor D7. Our objective with the D7 was not to re-create a BC1 but to achieve substantial advances in sound quality by the application of innovative and elegant engineering – just as Spencer Hughes had done over 40 years ago. Numerous independent reports and supporting lab measurements indicate we have succeeded in meeting this difficult challenge. The D7 achieves outstanding resolution, finesse and seamless sound delivery across the whole sound spectrum with almost no colouration, virtually no audible sound output from the cabinet, and it will play loud and hard if required.

In contrast, with a Spendor Classic loudspeaker (including the SP3/1R²), the cabinet is allowed to move slightly but always in total harmony with the music. This imparts a warmth and charm to the sound which you simply won’t hear with any modern loudspeaker. Many listeners find it irresistible, and the ideal way to enjoy their music! Over the past 10 years all our Spendor Classic drivers and crossovers have been significantly refined. The result is that today’s Classics offer all the sound quality advantages of their distinguished predecessors but with a far more dynamic (but still totally natural) sound and all models have substantial power handling and, thanks to modern polymer and adhesive technology, extremely robust drivers.

The whole point of these BBC derived designs is to be able to reproduce the exact timbre of live acoustic music. To do so you need a very flat response and no overhang on the bass notes, and you need the transient response in the midrange and treble to be matched in the bass, even if the ultimate level is lower. And there’s none of that low bass hump that most speakers have to fool the ear into thinking the bass is extended. It’s quality that’s wanted, not quantity. The BC1 was originally designed as a studio monitor so the Beeb could tell just what it was pushing out onto the airwaves, and in particular to optimize the position and selection of microphones. Bigger versions such as the LS5/5 might be more appropriate for large symphony orchestras and smaller monitors such as the LS3/5A were optimized for portable use. A measure of their success is the proliferation of models from companies such as KEF, Harbeth, Rogers and Spendor, while other manufacturers such as Linn drew extensively on BBC designs without attribution. So these speakers should appeal most to those who want to accurately reproduce the sound of voices, strings, percussion and wind instruments. Electric guitar and synthetic music may require different attributes, and the BBC itself chose different speakers for its pop music broadcasts and recordings, ones capable of much more volume and deep bass.