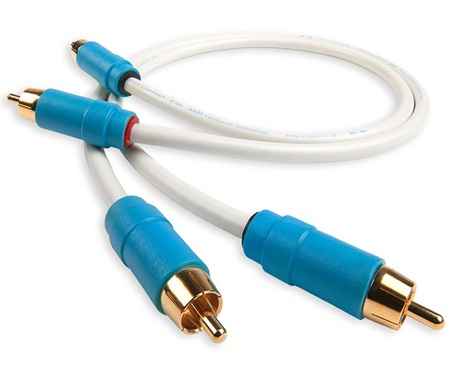 The Chord Company (Chord) has launched a new entry-level interconnect cable that combines their proprietary ARAY technique with a very affordable price.  Chord claims the new C-line cable series to be a “game-changer” and “the most technically advanced cable at its price point and beyond”.

Chord developed their Tuned ARAY technology for their flagship Sarum cable range, which is known for transparency, detail, coherence and musical involvement.  The new C-line analogue RCA cable has become Chord’s most affordable interconnect to use elements of the ARAY construction technique.
The low price point of the new C-Line is only possible through Chord’s partnership with an outside manufacturer  The C-line is the first analogue interconnect that Chord has had built by an outside manufacturer, to its specifications.  All other analogue interconnects in the The Chord Company’s range are hand-built by Chord technicians at its Wiltshire facility.  Like all Chord interconnects, every C-line will be carefully hand-tested and packaged in Wiltshire.

The C-line features pseudo-balanced oxygen-free copper conductors with fully floating high-performance shielding and is optimised for maximum performance with CD players, DACs and streamers; it is also the perfect choice for use with home-theatre systems. In addition to being constructed using ARAY techniques, C-line also benefits from unique direct gold-plating technology, plus ultra-reliable over-moulded strain-relief for the cable’s plug terminations.