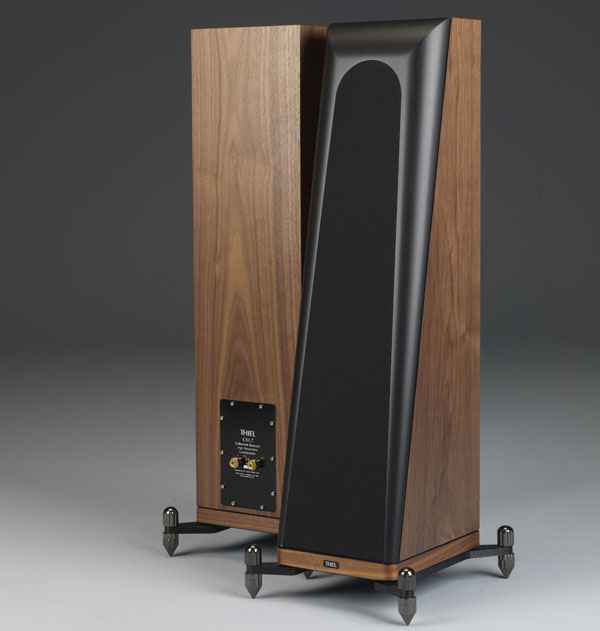 The CS1.7 follows the company’s long tradition of 2-way floorstanding speakers beginning with the Model 04 in 1979. Each new iteration of this series received accolades from audiophile journalists and music lovers worldwide. The CS1.7 seeks to establish new standards for resolution of detail, imaging and staging, dynamic capability, and tonal purity for those consumers seeking ultra high fidelity from an attractive, compact form factor.

The technology employed in the CS1.7 design is all new, leveraging much of the R&D from the flagship model CS3.7. The CS1.7 tweeter, based on the platform used in the popular CS1.6 has been highly optimized for the CS1.7 featuring a new voice coil, new magnetic circuit and reworked aluminum diaphragm resulting in increased linearity and lower distortion. The aluminum woofer’s “star” diaphragm was conceived using the latest laser measurement technology and also utilizes a new voice coil and magnetic structure that enables the driver to operate as a piston through a much greater range of frequencies. The crossover network is a classic THIEL first order acoustic design, maintaining the phase and time coherent nature of all THIEL loudspeakers. The cabinet is 1-inch thick and the massive baffle, with a low turbulence vertical port, is 2-inches thick, delivering the ultimate in rigidity and inertness. Even the magnetically adhered grill has been carefully engineered to prevent any diffraction. The CS1.7 comes equipped with leveling feet, however an optional brushed aluminum Outrigger base (pictured here) is available to improve the sonic performance of the speaker by maximizing stability on virtually any surface.

The THIEL CS1.7 is shipping now with an MSRP of $3999 US per pair.  For more info, please check out www.thielaudio.com