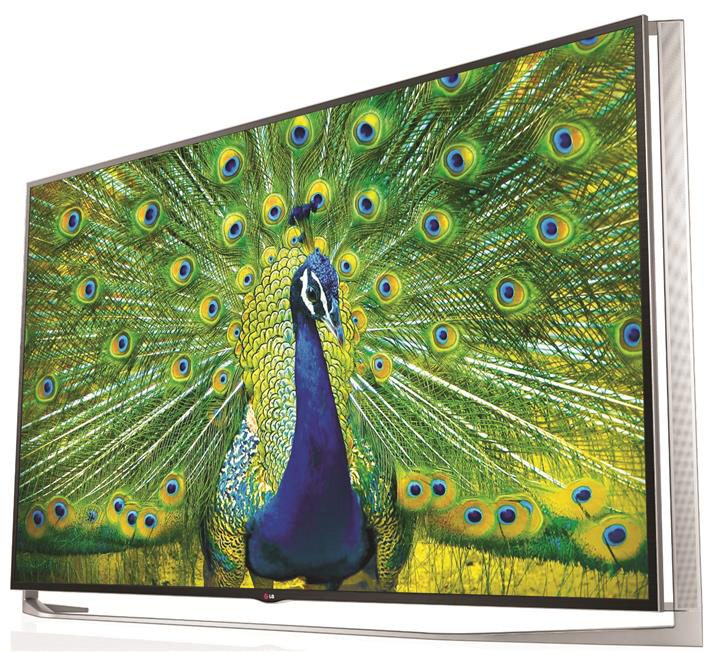 Today’s televisions are leaps and bounds beyond what the first cathode ray tube sets were, containing everything from quad-core processors to gyroscope-equipped remotes with voice-recognition capabilities. The pursuit for the highest picture quality to rival that of movie theatres is ever present, with the latest OLED technology finally able to provide an absolute black level – the holy grail of picture reproduction.

In previous years, manufacturers have inundated retail store shelves with a plethora of models and sizes, to provide every possible option for the bedroom, kitchen, rec room, and anywhere else where a consumer might sit down to catch up on the latest offerings on Netflix. This overload has rightly confused consumers trying to do an apples-to-apples comparison. Unlike buying a car, where there are distinct categories such as compacts, full-size, SUVs, and so forth, a consumer buying a TV was met with a myriad of model numbers, each with their varying levels of performance and quality. Fortunately, manufacturers have (mostly) seen the error of their ways and have (somewhat) consolidated their offerings into more manageable tiers.

At their core, televisions are about reproducing the best possible image and starting off by looking at the various display technologies offered, OLED (organic light-emitting diode) TV sets offer arguably the best picture quality. This is due to the way they produce the image: without a backlight. As OLEDs are self-illuminating, they dispense with the need for a backlight allowing each pixel to produce its single colour or completely shut off, offering what is effectively an infinite contrast level (0% to 100%). The OLED pixel also turns on and off practically instantly, without any slow fading or ghosting. Hence, OLED sets no longer advertise refresh rates (whereas other manufacturers cite 120 Hz, 240 Hz, or higher). The downside to the technology, like any leading edge technology, is the price. Currently, only LG produces OLED sets thanks to their head start in research and manufacturing. Other manufacturers such as Samsung and Sony have cited high cost, low yields, and issues with uniform colour reproduction (blue has the shortest wavelength, requiring OLED pixels that are larger than red or green) as reasons why they don’t yet offer sets based on the technology. At CES 2015, LG announced that moving forward, they will concentrate OLED production on 4K and subsequently, will only be releasing 4K OLED sets. (They continue to sell an existing 1080p OLED set but will no longer release new 1080p OLED models.) LG’s top-tier 4K OLED sets are their 8800 and 9×00 series and come in 65″ (flat) and 55″ (flat and curved) sizes. 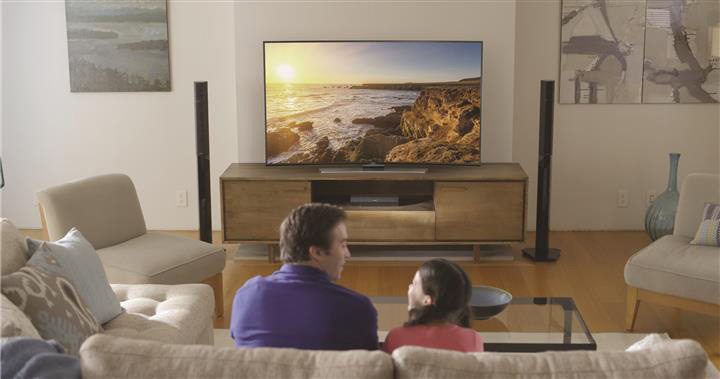 With OLEDs relegated to a single manufacturer, Panasonic, Samsung, Sony, and VIZIO have to make due with LCD technology but even here, the image-making process continues to improve and picture quality is still exceptional. Almost all LCD TVs now use a more precise LED backlight instead of the older CCFL (cold cathode fluorescent lamp) backlight. This allows the TVs to be brighter (and darker) and subsequently produce a better image (while being thinner, using less power, and other non-picture advantages). With the advent of smaller, more precise LED backlights, there are two categories of how this is applied: local dimming and edge-lit with the former producing better picture quality and the latter being less expensive. Locally-dimmed backlights divide the TV into zones and are able to individually control the backlight in each zone to produce darker or brighter images, as needed. This in turn allows dark areas of the image to stay dark while bright areas of the same image to be bright. Higher tier sets will have more zones, allowing for more precise backlighting. LG’s “7×000” series and above; Panasonic’s “800” series (32 zones) and “900” series (128 zones); Samsung’s “6” series and above; Sony’s “W Premium” and “XBR”; and all of VIZIO’s three series offer local-dimming LED backlights of various quantities. Of note, VIZIO offers local-dimming throughout their entire series, including their budget-minded “E” series which has 16 zones. Their “E”, “M”, “P” and “Reference” series have 18, 36, up to 72 (depending on size), and 384 (!) dimming zones, respectively. Full-array local dimming produces a better image with only one downside: requiring a thicker TV cabinet to accommodate the backlighting components.

Lower-tier TVs will use edge-lit backlights which mount the LEDs on the edges: either the top/bottom, left/right, or all four sides. These sets are thinner than their locally-dimmed cousins and cheaper, but produce a slightly lower-quality image due to the inability to produce darker blacks.

Furthering enhancing the backlight is a new component called “quantum dots” which are microscopic beads that have the unique capability of emitting very precise colours (wavelengths of light). A traditional backlight emits white light which then passes through filters which filter out and light up the individual red, green, and blue pixels on a screen. As white light is made up of component colours like the rainbow, filtering out the required RGB wavelengths introduces inefficiencies and impurities, leading to less precise and subsequently less vivid colour reproduction. The backlight of quantum dot-equipped TVs is blue, which directly illuminates the blue pixels. Green- and red-emitting quantum dots, in turn, are used to emit narrow, precise wavelengths of green and red light when activated by the blue backlight (blue light has the highest energy level and when it hits the quantum dots, falls down to the lower green and red levels meaning additional energy does not have to be put into the system). This allows for less filtering and better colour reproduction. Quantum dots have the advantage of being able to be readily incorporated into existing LCD manufacturing processes and as such are an easier (and more economical) way to extend and enhance LCD picture quality (versus retooling for a new technology such as OLED). Quantum dots-equipped sets start at LG’s 9400, Samsung’s 9500 and Sony’s “W Series Premium” TVs.