The tubular glow of my father’s 1965 Harman Kardon A500 was my first introduction to the world of integrated amplifiers. The capacitors were leaky, a constant background hiss plagued the soundstage, the volume potentiometer made horrible screeching noises when turned, and the number of knobs to adjust features like treble and bass made the A500 impossible to properly tweak — yet the amalgamation of everything was the catalyst for my love of all things HiFi. Over the years, I’ve lusted after huge monoblocks and worshipped racks full of components, but ultimately I find myself returning to the tried-and-true simplicity of the integrated amplifier. Integrateds allow you to focus on enjoying the music, rather than tweaking your system so much that you forget you used to jump on the coffee table and air guitar when All Along the Watchtower came on. 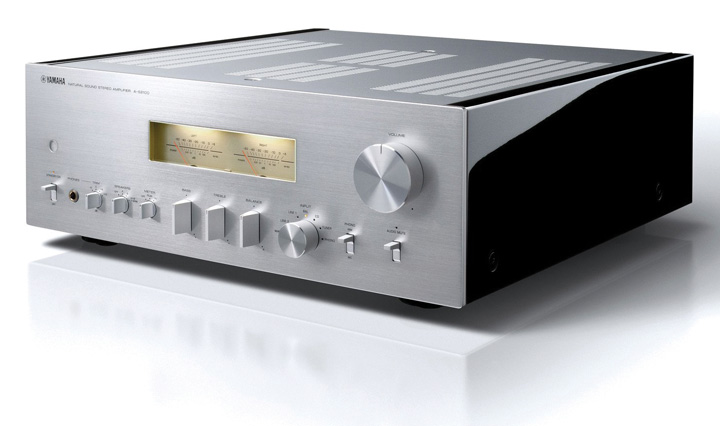 First, let’s talk about how much power we need from our integrated amplifier. Rather than blindly guess or follow the gimmicky “Power Handling” labels, asking how loud you want to listen to music will help you to determine the amount of amplification (wattage) needed to drive a particular speaker. Any decent speaker can handle much more power than one would think, as long as the amplifier is not overdriven into clipping. Because decibels are a ratio, rather than a unit of measurement, it’s very easy to misunderstand just how great a difference there is between 86dB, 96dB, and 106dB. A general rule of thumb is that in order to double our SPL (sound pressure level) at 1m, we need a 6dB increase in acoustic power (or four times the wattage). But how loud is in reference to how we perceive music. In order to double perceived loudness, we need ten times more acoustic power, or roughly a 10dB increase. Time for a real-world example; that is, if you are still awake.

If we have an 86dB sensitivity speaker, that means 1W of power will produce 86dB of sound pressure at 1m from the transducer. In order to double our perceived loudness to 96dB, we need 10 times the wattage, or 10W total. That’s not that bad, right? The problem is that 96dB SPL at 1m is a fairly low listening level, and most people will want their systems to rock much louder, at least past 100dB. So let’s push this system to 106dB: In order to crank it to 106dB, we need another 10dB increase in acoustic power, e.g. an amplifier capable of producing over 100W without clipping. Uh oh, now it looks like we need a lot more power than we think to drive that speaker. It’s safe to say that a 150W integrated amp is needed to compensate for any demanding peaks — at a minimum. Yes, it is possible to reproduce rock-concert level decibels with 8 watts, as long as you have a speaker with the right sensitivity (Old-Schoolers will remember the original Klipschorn demonstrations). If we had chosen an 89dB sensitivity speaker instead of the original 86dB, we would only need half the watts to produce the same perceived loudness, and a 92dB speaker would only need a quarter the power. Put another way, some electrostatic speakers would need more than 250W to produce the same amount of sound that a Klipschorn does with 2W. Now you know why “Power Handling” is such a marketing gimmick. The reason I used up so many words of this article on amplification is because most quality integrated amplifiers max out at 50–100W. When you are shopping for speakers, remember that the difference between a 95dB and 92dB sensitivity speaker is double the power requirement.

There are many different types of integrated amplifiers, some of which serve a very niche need. Someone with 105dB sensitivity speakers doesn’t need an AV receiver with 100W for each of its seven channels. Likewise, a movie buff has no need for a 12W single-ended triode tube amp. A “digital” integrated amplifier like the NAD D 3020 might have many digital inputs such as USB, Bluetooth, coax, and optical, yet only one RCA analog input. This would be great for the young Millennial or college student who listens to mainly computer-based audio. The PS Audio Sprout, which is a curious hybrid integrated amp, plays on the resurgence of vinyl among Millennials and features a phono preamp for turntables, USB and Coax for digital, but no RCA analog inputs. Such amplifiers generally use Class D amplification designs, which use pulse-width or similar type of modulation in order to amplify line-level signals. Class D amps are highly efficient and can output a lot of wattage for very little money. That’s why you see 1000W subwoofer amps that cost $50. This isn’t to say that all Class D amplification is bad or poor quality, but you rarely see state-of-the-art integrateds that use such designs.

About the Author: Spencer Holbert