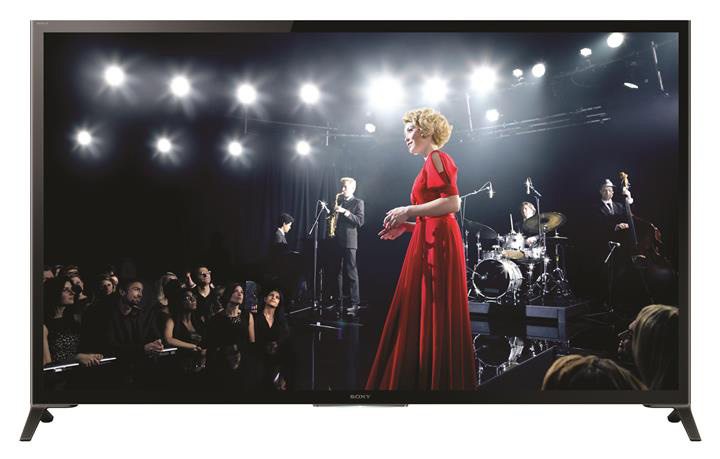 Going alongside the ability to produce the image is the ability to accurately reproduce motion because after all, television is just moving pictures. Here is where refresh rates come into play. While broadcast/cable television is filmed at 30 frames per second and Blu-rays are rendered at 24 frames per second, refresh rates, measured in hertz (Hz) or a unit of “times per second”, are available in 60, 120, and 240. As LCD pixels have to be illuminated by a backlight, the pixels inevitably fade if not sustained or relit. This is where the refresh rate comes in: the television repaints each individual frame 60, 120, 240 or more times per second to ensure each pixel is at its intended brightness. Higher refresh rates mean that the television is capable of painting the image quicker and subsequent frames erase the previous frame with a minimal of overlap, eliminating motion blur or image artefacts. The television interpolates and replicates the frames to fill in the requisite number of images and that’s why numbers such as 120 Hz (which both 30 and 24 multiple into evenly) were chosen so that there would be no “half” or partial frames. To refresh a 24 fps source to 120 Hz, each frame is refreshed 5 times; for a 30 fps source, each frame is refreshed 4 times. By analyzing subsequent “real” frames, the TV’s image processor will calculate the differences between the actual recorded frames and create (interpolate) frames that lead from one real frame to the subsequent real frame. This helps to eliminate motion artefacts and is especially beneficial for fast-moving content such as sports. However, this artificial smoothness can be very unnatural when applied close-up to human beings as our eyes are attuned to seeing blurred images when something moves too quickly. This unintended “soap opera” effect is one reason to turn off the motion-enhancement functionalities when viewing content focused (close-up) on people. Nowadays, only the most budget sets utilize a 60 Hz refresh rate while all mainstream sets are 120 Hz and above.

The other component of picture quality, beyond colour and refresh rate is the resolution. The majority of television sets are still 1080p (1,920×1,080) but a growing percentage have moved to UltraHD/4K (3,840×2,160), offering 4 times the total pixels (2,073,600 vs. 8,294,400). While the visual difference between 1080p and 4K isn’t as dramatic as the evolution from standard definition (480p) to 1080p, as many will attest to, once you’ve seen the visual clarity of a 4K television set, going back to 1080p is almost painful. Despite the widespread availability of native 4K content, all 4K televisions are equipped with upscaling image processors and upscaled non-4K content on a 4K television still looks better than on an equivalently sized 1080p set. As with all technologies, the price premium is quickly shrinking and sales figures show that 4K is being adopted at a faster rate than 1080p sets were. The premium between VIZIO’s 70″ M-Series and their 70″ 4K P-Series is only 28% ($640) at the time of writing. As the majority of 4K content is streamed, 4K sets are equipped with the new HEVC (H.265) codec, which offers better compression for the larger bitrates and bandwidth required for 4K content. This is possible due to faster processors now available. For hardwired content, HDMI has also been upgraded to v2.0, supporting 4K at 60 fps.

Moving beyond the television’s core functionality, new TVs are coming equipped with “smart” features that allow consumers to watch streaming content from a variety of sources (such as Netflix, YouTube, and others), play media from any connected device in their network (such as a network-attached storage device, a smartphone or tablet, or a computer) and use the display for more than just watching TV. The concept of an “app” is no longer confined to a smartphone and TVs themselves have app stores that allow consumers to install additional functionality such as Skype, Facebook, or even simultaneously video-chat while watching content, picture-in-picture style (great for live events such as sports). The software that these TVs run has also been upgraded, with LG recently releasing WebOS v2.0, Sony and Sharp adopting Android TV, Panasonic using Firefox OS, and Samsung running its “Smart Hub”. Samsung also has a unique feature called the “Evolution Kit” which houses the brain of the TV. This cartridge can easily be removed by the user and upgraded with a newer one, allowing Samsung’s 7000 series and above TVs to upgrade to a faster processor and newer software, which allows for futureproofing. 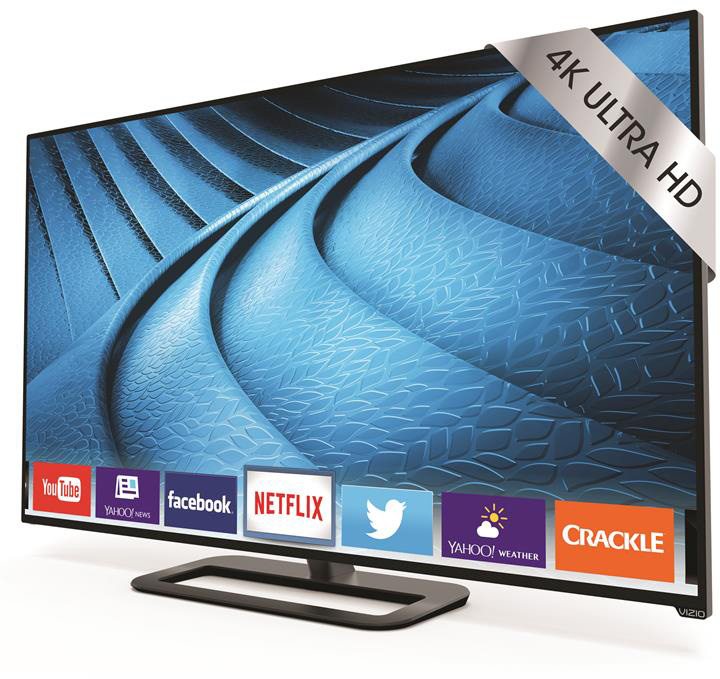 To help facilitate these new features, the way one interacts with their television has also been modernized. The lowly remote no longer relies on infrared, which requires line-of-sight with the TV’s infrared receiver. Higher tier sets now typically come with two remotes: a classic with full number pad, volume, channel, and other familiar keys and a “smarter”, pared down remote with only the most used buttons (channel, volume, power, etc.) These newer remotes also use Bluetooth, enabling them to be used anywhere within 30 ft of the television. Additionally, “smarter” remotes from LG (dubbed the “Magic Wand”) and Samsung (“Smart Remote”) have built-in gyroscopes, allowing them to interpret movements of the remote in midair, translating it to a cursor on screen. Additionally, Panasonic’s smart remote, along with Samsung’s and LG’s, have a built-in microphone, allowing voice commands to be used to perform actions such as changing the channel or volume and voice-to-text web searches to be performed. Samsung’s 64xx, LG’s 6500, and Panasonic’s 600 and above sets come with these smarter remotes. Sony’s smarter remote lacks the motion gestures and microphone but adds in NFC for quick pairing with a compatible mobile device for content sharing. (Sony’s upcoming Android TV-equipped sets will bring Google functionality such as voice search into the fray.)

With the consolidation of models and the relatively quick adoption to 4K, the television marketplace has never been better for consumers. With smarter features, smartphone integration, a plethora of non-TV features, and ever-improving picture quality coupled with steadily decreasing prices, it’s never been a better time to purchase or upgrade a TV.

Every spring / summer TV manufacturers begin releasing their latest generation sets and this year will be no different. Nevertheless, this guide should serve you well whether choosing one of the models mentioned above or one of the new models hitting the store shelves this year.