A Complete Guide To Choosing An Amplifier / Amplifier Buyer Guide 2015

What You Should Know Before Selecting An Amplifier, Integrated Amplifier Or AV Receiver

The integrated amplifier or AV receiver is the heart of your stereo or home theatre system and also its control centre. It accepts inputs from a range of sources – computers, CD players, Blu-ray players, turntables, tuners, smart phones, tablets and DACs. It lets you choose which source to listen to. It amplifies that signal and feeds it to your speakers or possibly your headphones. It may even allow you to adjust the sound through bass and treble controls or a loudness contour. In most cases it will also come with a remote control so you don’t have to get up from your chair. Well that’s the job description. Are all amplifiers equally good at all these tasks?

You can’t tell everything from the spec sheets, but you can learn quite a lot. Sometimes it’s what isn’t shown in a spec sheet that can be the most revealing. Maybe there’s something to hide. In my day job I get a lot of applications from new graduates. Those with good transcripts usually attach them to their application. Those with poor marks will usually omit them.

It may surprise you to know that the difference between two amplifiers may be quite small on one set of speakers, but very significant with another pair. An amp can do well with one source, say CD, but perform poorly with another source, say vinyl. Let’s take a closer look at the spec sheets. 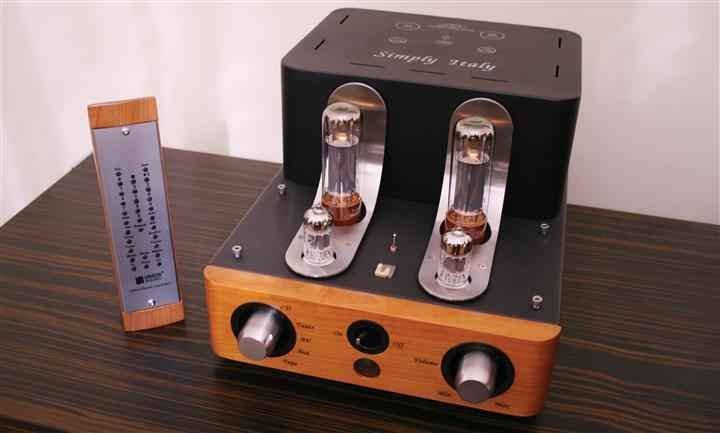 Tubes or Transistors
There are lots of very strongly held opinions in this field, just as in the analog / digital divide. In fact there are excellent valve amps and excellent tube amps, just as there are mediocre ones of both types. But the vast majority of amps are fully transistor based, since tube amps are often considered temperamental and high maintenance. Silicon amps usually achieve high reliability and can be left on at all times, whereas tube amps are often less efficient and tubes have a finite lifespan. Tubes can also go microphonic (a mechanical vibration), may need periodic bias adjustments and tube amps often have a higher level of hiss and hum than transistor amps. But many enthusiasts love the distinctive tube sound which encompasses a warm and present midrange and excels at both imaging and tonal quality. Owners of tube amps can re-tube their amps with higher quality tubes than the manufacturer supplies, thereby tweaking the sound to their own preferences. Look for talk about NOS (new old stock) tubes from Telefunken, GE, RCA, Westinghouse, etc. Transistors are often preferred for their wide bandwidth and low background noise.

In this article I will focus on transistor amps, but if you want more information about tube amps I can point you to the article “Tube Magic” by my colleague Malcolm J. Gomes in the 2012 Aug/Sept edition of CANADA HiFi.

Some manufacturers (such as Rogue Audio, Blue Circle Audio and Pathos Acoustics) offer a hybrid approach, whereby the preamp stage is tube based and the power amp stage is silicon based, which they claim gives you the best of both worlds.

Integrated Amps or Receivers
An integrated amp is traditionally a two channel affair dedicated to the audio side of the equation. So it will have two channels of amplification, which will usually share a common power supply. A fine example is the Arcam FMJ A19. Some amps, like the NAD M3 have a dedicated power supply for each channel, and these are often described as dual-mono. This is an expensive feature, but allows each channel to operate more independently of the other, reducing cross-talk and improving fidelity.

A stereo receiver will add a tuner section to the mix. This used to be a very popular type of amplifier but is less commonly seen today in high quality components. Canada’s own Magnum Dynalab is one of the few companies offering a high end stereo receiver, the MD 209 Hybrid Audio Receiver.

An AV Receiver will allow you to play stereo or multichannel audio and will also be set up to support subwoofers and video switching. Don’t expect the same kind of audio fidelity you will find in dedicated stereo amplifiers unless you are willing to pay a lot of money. When you have to provide 5, 7 or more channels of amplification, that puts a lot of strain on the power supplies and many of these units are mass produced and designed to hit particular price points. But once again there are exceptions. Anthem, Krell and Bryston are among the companies who have not compromised quality when moving from 2 channel to multi channel, but they offer separate AV Preamps and Power amps rather than Integrated receivers. Marantz now offers its SR6007 Receiver supporting the new 4K video format and is a strong performer.