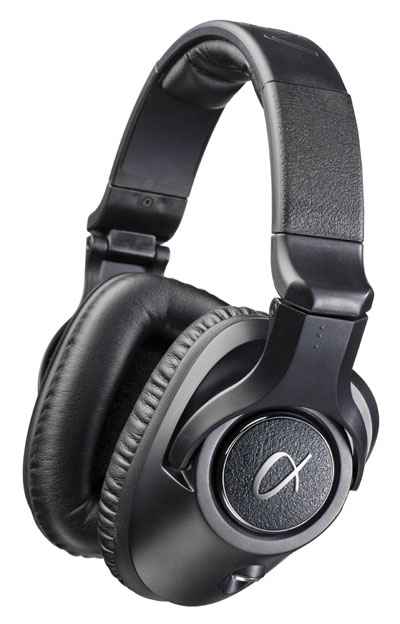 Furutech is an audio-video product company based out of Japan that was founded in 1988 and is best known for their high-quality cables, connectors and audio accessories.  Alpha Design Labs (ADL) is Furutech’s entry-level line of products that is focused on implementing Furutech technologies within affordable, yet innovative products, with broad customer appeal.  Within the ADL stable there are four different product lines: headphones; headphone amplifiers; USB-DACs and of course, cables.  ADL’s newest product is the ADL-H118 headphone ($269), the company’s first headphone.  Not only is the ADL-H118 new but it came to us hot off the production line for this first-time Canadian review.  ADL’s marketing slogan says “Discover Your Inner Sound” and that’s exactly what I set out to do.

The ADL-H118 is a closed-back, over-the-ear folding design that is largely constructed of sturdy plastic with uniquely designed and shaped earcups.  Furutech has trademarked these earcups as their Alpha Triform Contour Earcups.  Why trademark?  Well, along with being a futuristic expression of design ( I could see these in a sci-fi or anime movie) the Triform earcups were engineered to provide an improved seal around the ears, while reducing standing waves – meaning improved sound.  Planted in these earcups are cryo-treated neodymium drivers that incorporate a ring between the voice-coil and diaphragm that serves to keep ultra-high-frequencies in phase.  An interesting feature of the ADL-H118 is its removable cable.  What’s so interesting?  Well on the headphone end, it uses a nonmagnetic rhodium-plated stereo ? (Alpha) mini XLR socket that locks in place with a push-button release.  The cable is also nice and long at 3 metres and is gold-plated with a 1/8” (3.5mm) connector on the other end.

Inside the box was a semi-hard vinyl case, ovoid in shape and black in colour.  Zipping open the case revealed the headphones folded compactly and armadillo-like, accompanied by a very functional netted pouch containing the 3 meter headphone cable and ¼” adapter.  Though obviously made of plastic, the ADL-H118 Headphones felt remarkably sturdy and pro-like, the hinges opened smoothly without a sound giving me the overall impression of understated quality.  Their appearance embraced a youthful and playful aesthetic with the unique Triform earcups clearly being their distinguishing feature.  Each earcup sported a large black and silver medallion bearing only the ? symbol.  Putting them on, I welcomed the comfort and good seal they provided and liked the solid, yet easily adjustable slider arms, which were thoughtfully inscribed with numbered position markings.

This brings me to the serious business of outlining the specs.  Along with the aforementioned 40mm neodymium dynamic drivers, the ADL-H118 has a sensitivity of 98dB / 1mW / 1Khz.  Frequency response is 20Hz to 20,000Hz, with a maximum power handling of 200mW.  Nominal impendence is a little higher than the norm for portable headphones, sitting at 68 ohm @ 1KHz.  Finally, the ADL-H118 weighs in at 245g / 8.16oz, without the cable attached.

With the formalities out of the way, let’s move to my listening experiences.   Since I still had the multi-purpose ADL Esprit DAC and Preamplifier in my possession, I thought it would be the perfect headphone amplifier to evaluate the ADL-H118 headphones with.  In fact, this pairing turned out to be a match made in heaven and I’d recommend that anyone giving consideration to either the ADL Esprit DAC or ADL-H118 headphone, consider auditioning the two together.  For comparison purposes, I used the Focal Spirit One headphone (reviewed a couple issues back), which is also a closed-back folding design of similar pricing. 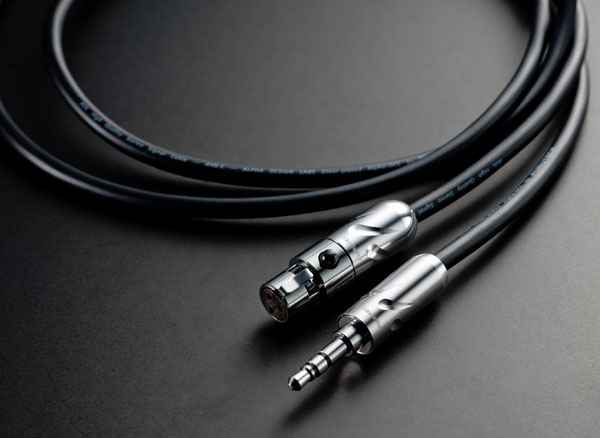 I should mention that along with the ADL-H118 headphones, I was supplied with an ADL upgrade headphone cable iHP-35X (3 metre, $124) which offers a mini-XLR connector.  The ADL iHP-35 cable series are engineered with Furutech’s Pure Transmission technology and incorporate silver-plated OCC conductors.  They were sturdy, with exquisite connectors and lovely to see and touch…but what about to hear?  I decided to start with evaluating the cables – the standard versus this upgrade.  It didn’t take long to recognize that the standard cable sounded noticeably brighter and thinner.  The soundstage served up was confined, staying within the realms of my head rather than reaching beyond the bounds of the headphones themselves.  On tracks such as Short & Sweet from Esperanza Spalding’s Chamber Music Society album, the standard cable delivered the strings with more tension, sounding more staccato.  The midrange was smooth but in direct comparison to the iHP-35X, evoked a touch of glare at higher volumes yet on the positive side, the standard cables did portray more brilliance in high tones.  On upright bass, still using the standard cable, I found resonance was more distinct versus the upgrade cable, with the tautness of the wood panels coming across more audibly and bass notes sounded comparatively less full but a touch more defined.  In short, the iHP-35x cable did provide benefits over the standard cable most noticeably in tonal colour, texture, naturalness, focus and soundstaging.  The iHP-35x delivered a comparatively fuller and more complete palate of tonal colours, textures were more evident in strings and there was a very natural composition to all elements in the music.  Thought clearly quieter, there was also less ambient sound retrieval but this resulted in a welcome perception of greater focus on the main music constituents.  When it came to soundstaging, the iHP-35X was undeniably the master.  It pushed the soundstage beyond the confines of my head, able to layer the various instruments and elements in the music in a defined and captivating manner.  To my senses, once heard, I could not give up the iHP-35x and used them for the duration of the review.

I’ve gone to a fair amount of detail in describing the iHP-35X cable not only to make explicit its own virtues over that of the standard cable but also to shed light on the sonic attributes of the ADL-H118 that was key to uncovering and delivering these impressions.  On listening to a beautiful track, So Long, from Melody Gardot’s latest album, The Absence, the ADL-H118 delivered a wonderfully layered soundstage that reached beyond the confines of my head and did a great job of separating the various instruments in space.  Snapping, clicking and popping elements within this track were brought across in a convincing manner, relaying detail and texture.  The xylophone notes came across with their characteristic woody timbre intact.  And, Melody’s voice took on a smooth and rich persona, a little fuller then I’m typically used to hearing but making for a very pleasant and seductive listen.  If you have this track at home, you might want to listen to the first few seconds carefully.  On the opening of this track (first couple seconds), you hear to the left, someone take a breath through their nostrils – it’s very faint but it’s there.  Listening a few more seconds into the track (8 to 9 seconds in), there to the left a breath once again, laying rest any doubts.  This breath, though faint, was very realistic using the ADL-H118 – the air moving through one’s nasal cavity captured.  In comparison, using the Focal Spirit One, this sound could be heard but it took on a more wispy character, more difficult to hear against the background ambient noises and would most likely go unnoticed.  What does this say about the sound of the ADL-H118?  The ADL-H118 has an uncanny ability to bring realism to sounds and music by way of its naturalness and realistic tones and textures, making the listening experience more believable.

Staying with the Melody Gardot album and moving to the track Lisboa, the ADL-H118 made the opening church bells eerily authentic and put them off in the distance.  It gave the impression of standing within an interior space that was open to the outside – with spatial cues seeming to emerge from around, not only in front or inside my head.  The bass drum had a very solid thump and the overall tonal signature was that of warmth and richness – I found myself easily getting lost in the music. In comparison, through the Focal Spirit One, sonics were thinner and less warm but presented the sounds with a more open and airy character.  Chimes were detailed and fragile with greater brilliance than the ADL-H118 delivered.  The bass had good depth and detail but was tamer, some might say more controlled but regardless, not having the same level of impact that I heard with the ADL-H118.  In both cases Melody’s voice was beautiful but took on a slightly different character.  With the Focal, she was farther off, her voice lighter and more open, with the ADL-H118 she was seemingly closer, more present and with the warm undertones of her chest more evident.

I moved to an indie-pop/alternative rock band – Hey Ocean!  This Vancouver band, came to my attention when I saw them perform live at a free lunch-time concert held in downtown Toronto.  The band has a fun beach bum, funky pop sound that makes for a good listen.  They also use a fair bit of sound processing, which brings out characteristics you don’t hear in purer recordings.  Listening to their album IS and the song Big Blue Wave, the guitar was clearly electric but was full with a rich sound, vocals were warm and quite realistic sounding and the bass drum was amazingly concussive.  The high hat crashes were distinct and controlled.  In contrast, the Spirit One, delivered the electric guitar with more of what I would call inherent distortion, kick drum was solid with an added electronic-like echo being more evident.  The haze of pro-tools on the voices was more obvious and the high-hat crashes less defined.  The back-up vocals had a lighter and more buoyant nature using the Sprit One and overall the track sounded more airy versus the warmer and more intimate feel cast by the ADL-H118.  Essentially, two quite different takes on the music, with the ADL-H118 definitely producing a sound that was more beautiful and also more convincingly real.

In all my listening with the ADL-H118, I found myself being drawn into the musical experience, captivated by the sound and awed at the embodiment of singers and instruments within a generous soundstage.  The headphone is capable of admirable detail retrieval given its affordable price and provides a warm and full take on recordings that makes weaker recordings sound more palatable and better recordings that much more succulent.  The ADL-H118 is not a champion with delivering air or openness – seek others if that’s what turns your dial.  Rather, the ADL-H118 has a more fleshy character and has its strength in making recordings sound believable.  Yes, they do supply a more than neutral amount of bass but it’s well integrated into the whole.  I should note that the ADL-H118 doesn’t shine with portable music devices such as an iPhone – there just isn’t enough power to get great sound from them.  Give them a good headphone amplifier like the ADL Esprit DAC or perhaps the ADL Cruise or Stride portable amplifiers and they will sing.  They also work well with the standard cable but if you want to get the full experience of imaging and soundstage, the iHP-35X cable works wonders.  Are you disenchanted with over analyzing recordings and want to get closer to the music?  Then audition the ADL-H118, I’m sure you’ll be wiser from the experience.