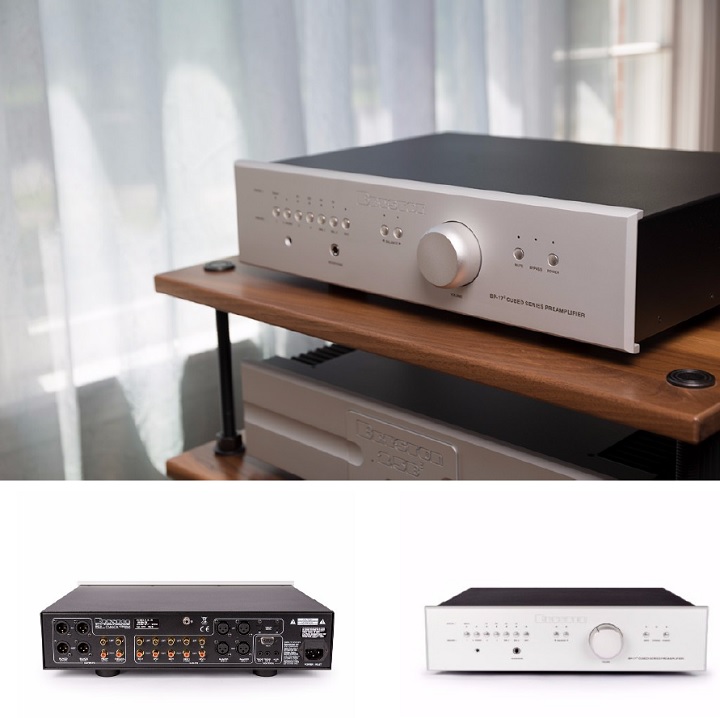 Bryston has just revealed details about its upcoming BP-17³ (or BP-17 Cubed) preamplifier, which adapts the same patented technology as the fabulous sounding Cubed Series of amplifiers.

The Bryston BP-17 Cubed will feature the company’s patented Salomie circuit which dramatically reduces noise and distortion at the input stage. Bryston not only updated the BP-17 preamplifier to include this new circuit, but also improved the feature set of this already outstanding preamplifier.

Here are the highlights of the BP-17 Cubed:

How much and when can you get it?

The BP-17³ is expected to begin shipping in September.  The new model will retail for $3995 – only a $200 increase over the previous edition.

As an incentive to queue up for the first units, Bryston is offering a special to dealers and customers that place a pre-order by August 31. Any preorder received  between now and August 31 qualifies for a free option. Pick one of the  following: an internal phono stage, internal DAC, or BR-2 remote control.

Effective immediately, Bryston has reduced the price of the optional internal DACs on all of its preamps and integrated amps from $1595 to $750. Great deal!

For more info, jump to www.bryston.com