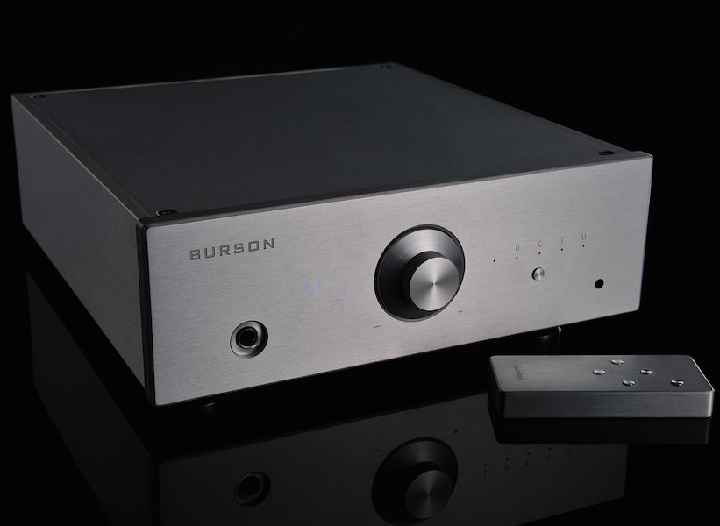 The Conductor Virtuoso is a USB DAC, Headphone Amplifier and Preamplifier that is highly-engineered yet modestly-priced.  It provides up to 4 watts of power, which is sufficient to drive virtually any consumer headphone and the preamp functionality allows it to serve as the center of a headphone and speaker-based desktop system or even a larger speaker system in combination with a power amplifier, such as Burson’s Timekeeper power amp.

Burson has significantly upgraded and refined previous generations of the Conductor. Besides big power, the Conductor Virtuoso includes a new, stunning 100-step volume control with a fresh and easy-to-read display. When the Virtuoso is turned on the volume indicators appear on the face of the thick, antiresonant aluminum front plate.

A modulur design allows consumers to choose from two interchangeable DAC boards with different sonic characteristics and be ready for when the time comes to upgrade.  Rather than use inferior opamps, Burson has utilized all discrete circuitry for superior tonality, clarity and a lower noise floor, within the Conductor Virtuoso.  The remote control is carved from solid aluminum with no visible screws.