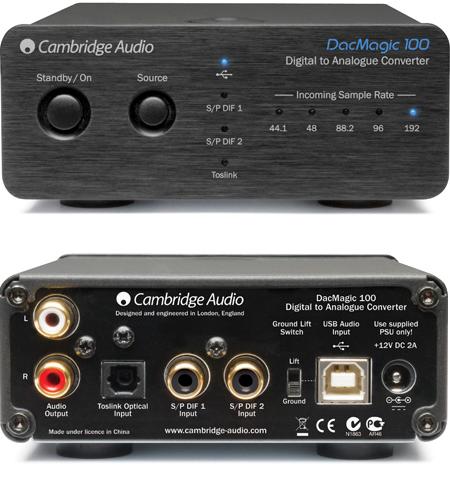 Cambridge Audio is reported to be launching their replacement for the original DacMagic DAC at this year’s CES 2012.

The new DacMagic 100 is housed in a smaller case then the original DacMagic and the recently released DacMagic Plus. The DacMagic 100 is equipped with Cambridge Audio’s latest USB audio input which allows studio master, uncompressed 24-bit/192kHz files to be played back from any Windows or Apple computer, plus three additional digital connections (1 X optical Toslink, 2 X S/P DIF coaxial).

The new DacMagic 100 has been specifically designed to partner with digital iPad and iPhone docks, such as the Cambridge Audio iD100.

Look for more details at: www.cambridgeaudio.com.