Hunter S. Thompson once posited: “When the going gets weird, the weird turn pro.” To cynics and non-audiophiles, the very idea of potentially improving an audio system with posh “tweaks” is beyond weird. Skeptics and non-believers equate audiophile tweaking with OCD mental disorders and banal lunacy that is, stated simply, not sane.

I try to keep an open mind. Name a tweak that’s come sailing down the audiophile crap-queduct during the past 30 years, and I’ve (probably) tried it. Glow-in-the-dark CD mats, A/C line harmonizers, hybrid carbon-fibre/unobtainium turntable bearings, ceramic footers, roller-blocks, and a plethora of anti-vibration chassis solutions— I’ve tried damn near all of them. If a tweak drops the noise floor and/or improves the sound of my stereo, I keep it. If it doesn’t, I disavow it faster than one of Fluffy Trudeau’s snake-oil inspired eco-scam tax hustles.

In retrospect, while some tweaks did dramatically improve the PRaT, soundstaging, and resolution of my 2-channel rigs, far too many only effected minimal changes to the sonic landscape. Worse still, some so-called “tweaks” cost more than mid-level components. I know how hard it is to earn money and how easy it is to spend it. As such, I will not recommend tweaks that either: a), proudly sport obscene space-mission price tags; or b), do nothing.

When Simon Au of AuDIYo asked if I’d review Furutech’s new NCF Booster A/C Cable Holder [retail $443 CAD + tax] and NCF Booster-Brace [retail $268 CAD + tax], germane to serious questions about the efficacy and cost of these products, I was reluctant to review them. In the end, curiosity trumped my cynicism and I took the review on.

Product Description:
The acronym NCF stands for Nano Crystal² Formula. Furutech states that NCF is comprised of a “crystalline material” which they claim does two things: one, it generates negative ions that eliminate static; and two, it converts thermal energy into far-infrared energy. By combining the NCF material with nano-sized ceramic particles and carbon powder, Furutech also asserts that their boosters maximize the NCF material’s piezo-electric dampening effect. 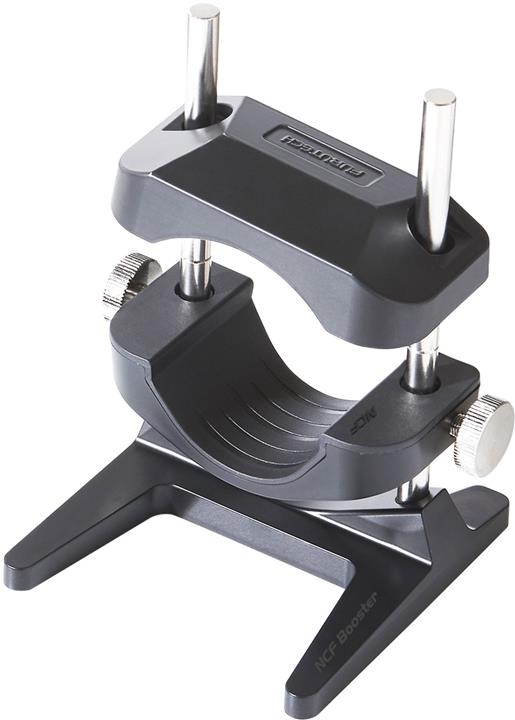 The NCF Booster A/C Cable Holder is comprised of several parts. First, the unit has a base with a pair of rubberized feet and two height-adjustable chrome rails. Second, a bottom clamp that slides up and down the rails supports the underside of an A/C power cord’s conical barrel. This support clamp uses two screws to secure it to the chrome rails. 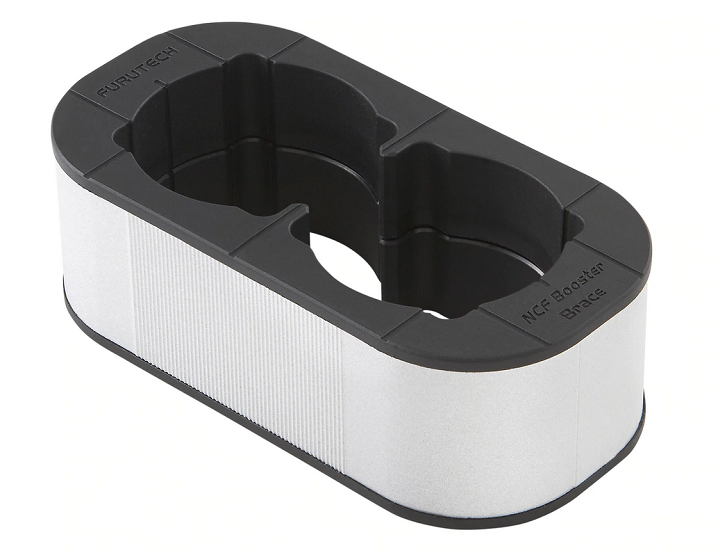 The sound quality (or lack thereof) of recorded music in audio systems is entirely dependent on the purity of the electricity and the integrity of the electrical signal flow. Furutech claims that their NCF boosters prevent damaging RFI and EMI-borne noise from polluting the A/C current at a power cord’s plugs where it most easily enters the electrical flow. The only question is… do these tweaks work? 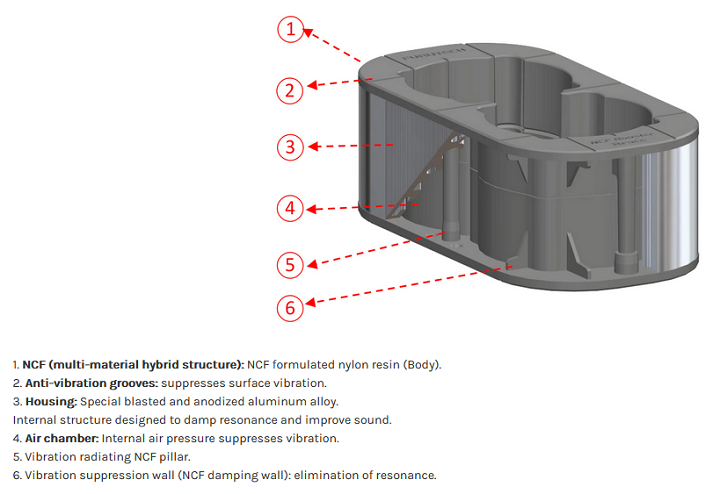 Set-Up:
Setting up an NCF Booster-Brace is easy. It slides over the conical barrel of any normal sized A/C power cord and sits against the wall plate. It took me about 30 seconds to install one.

The NCF Booster A/C Cable Holder is a bit more complicated. The base and bottom clamp slide in underneath the A/C power cable’s conical barrel. If you intend to use it on a carpeted floor, I strongly suggest placing a few stacked 6” x 6” ceramic or marble tiles underneath the base for improved stability.

After sliding the bottom clamp up to support the A/C cord’s conical barrel, it takes a wee bit of adjustment to get the positioning precise. Once the side screws have been tightened to the rails, the top clamp slides down on top of the A/C power cord’s conical barrel. Stretch the two cloth-covered rubber bands over the rails and… voila… the booster is installed!

The sonic effects were immediate and undeniable. The highs were cleaner, sharper, and more natural. Inner detail retrieval, resolution, and transparency all improved too. Few audiophile tweaks add detail AND warmth at the same time. It’s usually one or the other. The NCF Booster devices simultaneously delivered more of both.

Vocals in the mid-range and upper mid-range were clearer and easier to decipher. Notes in the lower mid-range, upper bass, and mid-bass all had superior timbral accuracy, weight, body, and texture.

Soundstaging width, depth, and height all increased noticeably. Instruments within the soundstage had more space between them and more precise positioning. Instead of *sort of* being there, vocals and instruments became clearer and had a fuller holographic 3-dimensional presence. Individual instruments had superior resolution, better body, and more accurate shaping.

While the NCF Booster tweaks didn’t change the timbre or texture of specific instruments, by lowering the noise floor, they allowed more of the sound on recordings that was previously being distorted and camouflaged by A/C line noise to come forth. Less A/C line hash and reduced background noise innately let more texturing and tonal richness emerge.

I must stress this: if your stereo system is lacking resolution, PRaT, timbral accuracy, and/or musicality, Furutech’s NCF Booster devices will NOT create these sonic characteristics. These devices *boost* the existing signal. They don’t magically produce it or alter it. If the sonic signature of your 2-channel rig is one of warmth, smoothness, and vitality, the NCF Boosters will bring you more of these sonic attributes.

Listening Tests:
Released in 1998, Patricia Barber’s Modern Cool is a landmark album in modern jazz. Featuring such moody and hypnotic songs as “Winter”, “Let it Rain”, “Company”, and an inspired cover of the Doors’ “Light My Fire”, a listener is drawn into the curious and impassioned rhythms of this complex album in a mesmerizing fashion. 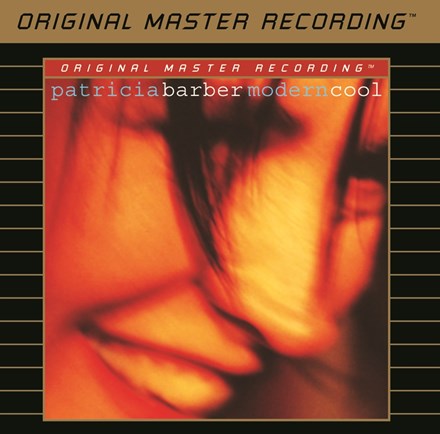 When I listen to Modern Cool, I want to be romanced by Miss Barber’s sultry breathing and evocative vocals. I want the sound to be warm, romantic, and have a genuine passion empowering it.

Modern Cool can (read: should) take a listener on a deeply satisfying emotional journey. Turn the lights down in your listening room and let Miss Barber have her sonic way with you. Just let the music on this remarkable album wash over you. If your spirit doesn’t feel refreshed after sinking into the soothing warmth of Patricia Barber’s voice and the comforting rhythms of these songs, check for a pulse because you may already be dead. Worse still, your good name was (probably) added to a Michigan voter list where you posthumously cast a ballot for Biden in the 2020 US General election.

I listened to my favourite tracks on Modern Cool a half-dozen times. With each subsequent listen, I added another NCF Booster A/C Cable Holder. To my shivering delight, there was a clear cumulative improvement in the sound quality with each Booster that I installed. More NCF Boosters resulted in a lower noise floor and consistently better sound. The improvements were not subtle. They were immediate and easy to hear. Strip me naked, slather me in warm dripping chocolate, and throw me to the hungry lesbians, because THIS is how Modern Cool should sound!

By contrast, after removing just one NCF Booster and trying to listen to mein future Liebhaber Patricia again, I damn-near herniated myself in the rush to re-install said Booster. Be forewarned: once you install even one of Furutech’s NCF devices, you will not want to remove it. Doing so will cause a significant decrease in the overall sound quality. 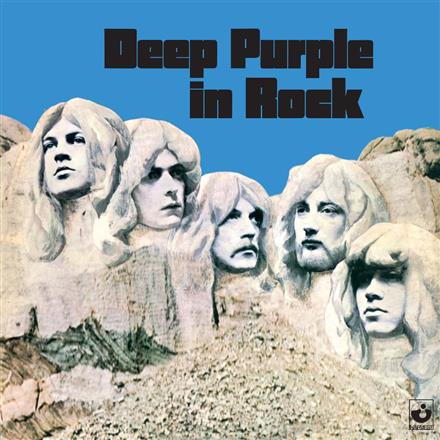 Released in June 1970, Deep Purple’s In Rock is now recognized by musicologists as one of two or three albums that founded the entire genre of heavy metal. To anyone interested in hard rock, prog rock, and all forms of heavier metal, this is a must own album.

In the early 1970’s, all five of Deep Purple’s classically-trained musicians had the technical chops to, quite literally, out-play everyone else. Featuring unapologetically fast, heavy, and rampaging tracks like “Speed King”, “Flight of the Rat”, and “Into the Fire”, In Rock also showcases moody and brooding songs such as “Bloodsucker” and “Living Wreck.”

Much like trying to document the damage caused by an enraged rhino on an LSD bender in real time, tracking the shifts in PRaT during Purple’s monstrous 10-minute length song “Child in Time” is a fascinating exercise. Stated succinctly, “Child” is an epic track. If this wandering opus isn’t played at my wake, I’m not going.

It was while listening to “Child” that I particularly noticed how effective Furutech’s NCF Booster tweaks are. This meandering juggernaut of a song has numerous sections that are slow, brooding, and doom-laden. It also has bridges that crescendo into thundering climaxes and majestic, toe curling, *rifficulous* space-bong sucking musical orgasms.

Listening to Ian Gillian’s shattering Wagnerian vocal explosions, John Lord’s hypnotizing keyboard lines, Ian Paice’s thunderous percussive assaults, and Ritchie Blackmore’s monstrous guitar wizardry—all of which are on full display in “Child in Time”–it struck me just how important In Rock was to the future of heavier music.

With both NCF Booster-Braces and all four NCF Booster A/C Cable Holders installed in my main 2-channel tube rig, I’ve never heard the tornado-inducing power of In Rock sound better. To feel so *connected* to music is a rare and glorious thing. It’s when you stop analyzing the sound and just sink deeper into it that you know a new cable or tweak is doing something magical. And that’s exactly what happened to me with a full compliment of NCF Booster tweaks in use.

Conclusion:
Patience and persistence in fine-tuning any 2-channel stereo system will generate enormous sonic benefits. After an audiophile has acquired the components, cabling, and acoustical room treatments that s(he) is happy with, audiophile tweaks are the final frontier in maximizing a stereo’s sound quality.

When Simon Au asked me to review Furutech’s NCF Booster A/C Cable Holder and NCF Booster-Brace tweaks, initially I was hesitant to accept the assignment. Sure-footed Jesus on a surfboard, I’m glad I did though. The sonic improvements induced by both of these remarkable products are immediate and undeniable.

From Miles Davis to the MC5, Glenn Miller to Glenn Danzig, Bartok to Bathory, Vivaldi to Van Halen, Chris Stapleton to Cathedral, and everything in between, if you want more goosebumps from your music, install Furutech’s NCF Booster tweaks into your system. The only issue with these devices is that once you’ve tried them, you will not want to return them.