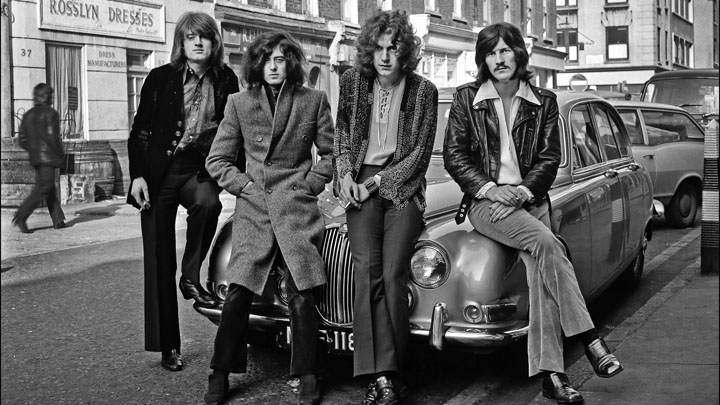 In Part 1 of my review of late 1960s and early 1970s era albums which were fundamental to the development of hard rock and heavy metal, I explored some of the greatest albums from Jimi Hendrix, The Who and The MC5.  You can now find this article in the “Features / Audio” section on novo.press.   In Part 2, I’ll examine several bands whose records redefined what could be done with hard music.  The goal here is to provide some direction as to which albums you might want to add to your music collection in the on-going search for cool music which you may not have heard of. 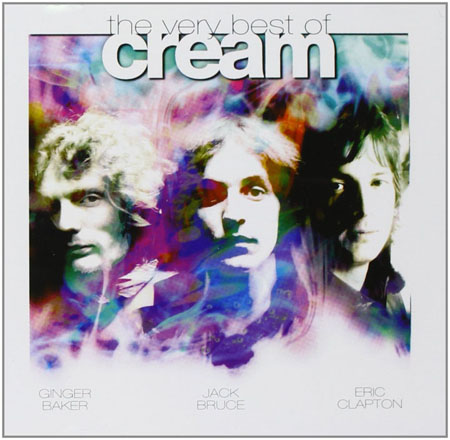 Cream – The Very Best of Cream
Formed in July 1966 and considered by many to be the first rock ‘super group’ to ever exist, Cream consisted of Eric Clapton (guitars), Ginger Baker (drums and percussion), and Jack Bruce (bass and vocals).

Following tenures with The Yardbirds and John Mayall & the Bluesbreakers, in early 1966, Eric Clapton was looking for a new band to pour his restless and relentless musical ideas and guitar virtuosity into. While all three members of Cream were well-known in the UK blues-rock music scene, when they formed in the summer of 1966, Clapton was widely regarded as the best blues-rock guitarist in the entire British Isles.

Despite only existing for 3½ years, Cream’s influence on modern hard rock music is out of all proportion to the 4 studio albums which they released.

The compilation album The Very Best of Cream [Polydor 314 523 752-2] contains a diverse cross-section of Cream’s songs from all four of their studio releases. Classic tracks from Fresh Cream (1966), Disraeli Gears (1967), Wheels of Fire (1968), and Goodbye (1969) present their uniquely heavy and technically challenging sound in all of its overdriven glory.

While songs like ‘Spoonful’, ‘Born Under a Bad Sign’, ‘NSU’, ‘We’re Going Wrong’, and ‘Sitting on Top of the World’ all display Cream’s penchant for digging deep into monstrous electric-blues grooves, it’s some of their faster and heavier tracks like ‘Sunshine of Your Love’, ‘Tales of Brave Ulysses’, ‘White Room’, ‘Those Were the Days’, and ‘Crossroads’ that clearly influenced hard rock and heavy metal down through the next 5 decades. Fortunately for listeners, this compilation contains all of these amazing songs.

Regardless of whether you were lucky enough to have seen them play live in their halcyon days in the late 1960s, or are just discovering them today, The Very Best of Cream is a superb CD.

While the constant stress of touring took its toll on all 3 members, the musical synergy that Cream had—especially live—is simply remarkable. Just listen to the unstoppable groove that they have going on the live version of ‘Crossroads’.

Anchored by Clapton’s virtuoso lead-guitar and Bruce’s powerful vocals, Cream played live like they were on some sort of religious mission to bring their vision of electric-blues to the masses.
If I ever figure out how to build a time machine out of a Delorean, the first place in recent history that I’m going to visit is London England to see Cream’s Farewell Concert at the Royal Albert Hall in November 1968. Why…? Listen to the music on this compilation and you’ll know why. 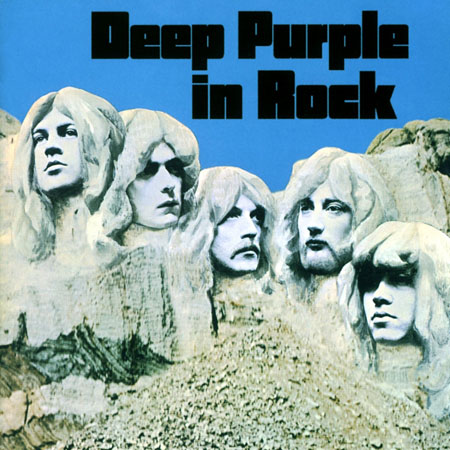 While In Rock is Deep Purple’s fourth album, it was their 1st release to feature vocalist Ian Gillan’s dynamic singing and Roger Glover’s powerful and melodic bass. Combined with Jon Lord’s virtuoso keyboard and Hammond organ work, drummer Ian Paice’s cerebral percussion, and Ritchie Blackmore’s frenetic guitar wizardry, today, In Rock is considered to be one of the cornerstones in the foundation of all forms of modern-day hard rock and heavy metal.

As rock musicians went, in the early 1970s Deep Purple’s individual members could out-play just about everyone else who was around at that time. As a collective whole, Deep Purple’s musical synergy was simply unmatched.

While the first three Deep Purple albums had drawn influences from psyche, blues, folk, and even classical music, In Rock took all of these influences further; in fact, much further. They collectively combined the despairing sound of the blues, the panoramic sound of psychedelic music, and the light-hearted meanderings of folk music, and then played them far faster and heavier. At the same time, they also added a darker edge to the music. What emerged was a prototype collection of classic hard rock songs which all future genres of metal classify as an influence.

The first track on In Rock titled ‘Speed King’ roars forth with a fast-breaking lead guitar riff. Combined with solid percussion, great rhythm, and a curious organ solo, this song drives listeners headlong into a barrage of intricate lead guitar solos. Gillian’s knife-edged feral screams set the vocal tone for the entire album.

The tracks ‘Bloodsucker’, ‘Flight of the Rat’, ‘Into the Fire’, and ‘Living Wreck’ are all musically structured around the same heavy bass-laden rhythms, fast guitar lines, and screaming vocals. Numerous swift and atmospheric guitar, drum, organ, and bass solos punctuate all of these songs with creative and unexpected musical complexity.

With its progressive time signatures and meandering organ interludes, the song ‘Child in Time’ clocks in at 10:15. Musically speaking, it redefined what could be done with an epic-length hard rock track. Part of this song was even used to great effect in the Hollywood blockbuster movie Twister.

In Rock is one of my ‘Desert Island Discs’. This album delivered the speed, power, and technical virtuosity which would become the tenets of the New Wave of British Heavy Metal [NWoBHM] movement, of Heavy Metal in the 1980s and beyond, and of all modern rock music being played fast and loud. If you’re curious to know where this style of music started, it should be on your ‘short list’ of albums to buy.