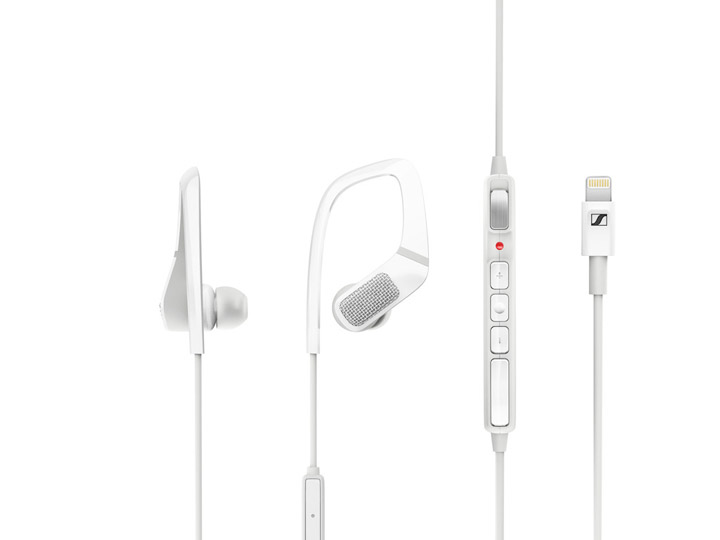 The AMBEO SMART HEADSET captures its highly detailed and realistic three-dimensional audio recordings by way of two omni-directional microphones integrated in the ear pieces. These work in tandem with a premium A/D converter, mic preamp and SoftLimit technology from Apogee.

The two earpiece microphones, spaced at perfect binaural width by the listener’s head, capture the subtle differences in timing, volume and timbre that occur as sounds from different directions reach each ear. When played back on any pair of headphones, the recorded audio simulates the way sounds are heard naturally by the ears, recreating a lifelike high-fidelity audio experience that places the listener directly within the captured sound field. The effect can convincingly transport the listener to any locale, from a bustling city block to a secluded spot in the wilderness, and is a powerful complement to high-definition video.

The AMBEO SMART HEADSET enables consumers to record pristine 3D audio directly onto Apple iOS devices featuring a Lightning connector. The headset integrates with the standard iOs camera app, letting users record and store binaural audio along with video seamlessly. Once captured, the 3D sound files can be enjoyed through any pair of stereo headphones.

To deliver a convincing audio experience, the AMBEO SMART HEADSET utilizes a premium Apogee analog-to-digital coverter, mic preamp, and SoftLimit technology to ensure dynamic detail, clarity and accuracy. Apogee’s SoftLimit is a unique technology that automatically optimizes recording levels so you do not have to worry about distortion. All of this skillfully captured sound is delivered through the Lightning port of your iOs device as pristine digital audio and back to your ears through high-quality Apogee digital-to-analog conversion.

Using the AMBEO SMART HEADSET’s Smart Slider, users can adjust the mic sensitivity to normal or loud environments such as concerts, ensuring pristine, distortion-free recordings in any given environment. A dedicated, free app enables users to further program the Smart Slider according to their individual requirements, allowing selected features to be activated with a single switch.

The AMBEO SMART HEADSET also features a Situational Awareness control that lets users choose the level of ambient noise they want to perceive. Using the headset’s rocker switch, they can either select the Transparent Hearing feature which makes the ambient noise fade into their personal program and keeps them safe in traffic, or deploy the active noise cancellation to enjoy their entertainment without any distractions. The Situational Awareness feature can also be used when recording and when making a call and can be turned off when not needed.

The AMBEO SMART HEADSET is now available for Apple iOS devices featuring a Lightning connector. A version for Android devices is planned for release at a later date.