Canadian boutique manufacturer Six Acoustic recently launched a Kickstarter campaign to help funds its York phono preamplifier, a device that amplifies the minute output of your turntable so that you can connect it to your power amplifier – necessary gear for connoisseurs of vinyl recordings who want their music to sparkle.

​Six Acoustic calls the York an “ultra” high fidelity preamplifier that will provide vinyl enthusiasts with elite level audio performance that is gentle on the pocket book. What is “ultra” high fidelity? That’s a level of transparency that is so pure that noise and distortion are “undetectable to the human ear and nearly impossible to measure with the most sophisticated instrumentation” according to company founder Steve Meszlenyi.

Although new in name, Six Acoustic brings decades of audio industry experience to the table. Boasting an upcoming line up of high end audio gear with exquisite parameters, they hope to arrive on the scene with a bang (or a bass note) and expand the breadth and reach of Canadian made audio tech right out of the Durham region.

Six Acoustic is sourcing as many local components and services as possible with research and fabrication locations in Ajax and Oshawa, just outside Toronto. Six Acoustic wants to draw on local talent and manufactures its own designs in-house “without the compromises in performance or craftsmanship often arising from the long arm of overseas fabrication” says Steve.

It is perhaps the perfect time to soothe the soul with music that you love… Six Acoustic is saying they can help you get there.

The Kickstarter campaign ends on April 19th and there will be a limited first production run of 100 units. 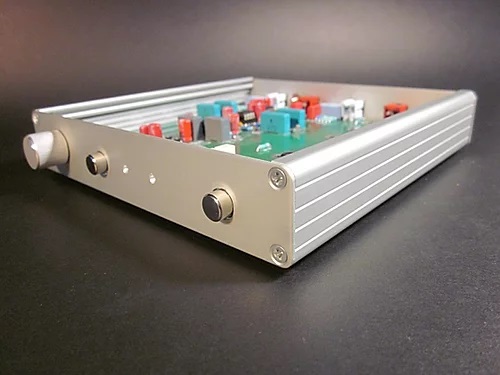