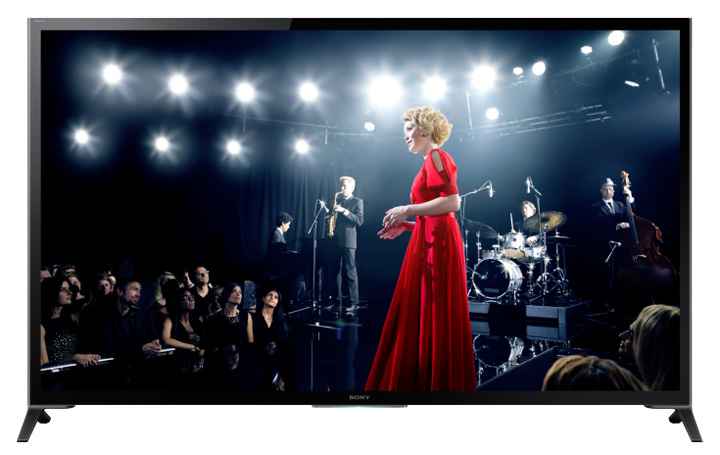 Buying a new television, despite the myriad of specifications, technologies, resolutions, and other factors, doesn’t have to be a bewildering quest. With the shuttering of plasma technology by Pioneer, Samsung, and others, the only remaining mainstream technology is LCD, which continually gets better and better. Virtually all mid-to-high-range LCD displays now use LED backlights (instead of CCFL), with either local or edge-lit dimming to enable deeper blacks and richer, brighter colours. 3D didn’t take off as manufacturers and studios wanted but has nonetheless, helped to improve performance by increasing refresh rates, colour gamut, and other specifications that are also used for 2D video. Starting off with resolution and ending with budget, the list of questions a consumer needs to ask is now much more succinct.

At their core, all LCD displays consist of a white backlight sitting behind an RGB (red, green, blue) LCD panel. The backlight shines light forward, while the LCD controls the passage of the backlight to illuminate each individual colour pixel. In older LCD displays, the backlight was often a single unit which could not vary its light output across the screen and more importantly, not turn off. This in turn, made it very difficult for older LCDs to deliver truly dark blacks, often displaying them as dark grey or blue.  One advantage of the now defunct plasma technology, by virtue of its process, was its ability to not illuminate individual pixels as needed. Advancements in LCD backlight technology, beyond moving to higher quality LED backlights, now include edge-lit and local dimming, splitting the backlight into multiple zones for more refined control.

Backlights can further be refined by utilizing locally-dimmed backlights, which again split the screen into zones. Whereas edge-lit backlights controlled the lights emanating from the sides of the TV, locally dimmed backlights split the TV into blocks within the TV. Each of the resulting backlights is individually addressable and can vary its brightness for its specific sub-image. Vizio Canada, which recently launched in Canada on September 12th, uses a 36-zone locally-dimmed backlight in their M-Series HDTVs. This backlight consists of 4 rows split into 9 columns each, allowing each individual subsection to be controlled, resulting in better quality. This precise control is especially apparent with ultra-widescreen content as the empty top and bottom horizontal black bars are pitch black.

Many HDTVs are also coming pre-calibrated from the factory, ensuring viewers get the best picture quality possible. While many big-box stores will switch to a harsh, unnatural screen mode to make the TV stand out against a wall of other brightly lit TVs, the inclusion of calibrated or movie/film modes is putting quality over quantity.

HDTVs offer two native picture resolutions – 720p (1,280 x 720 pixels) or 1080p (1,920 x 1,080 pixels). If you’re purchasing a TV under 50”, there is no discernible visual difference between 720p and 1080p for viewers with normal eyesight sitting at an appropriate distance – it is only when purchasing larger sets (over 50”) that a difference can be seen.  So if budget is a constraint, consumers can save with a 720p set without worrying that they’re missing out on resolution.

Stepping up to larger HDTVs over 55”, which many consumers are now upgrading to, after making the switch to flat panels, 1080p is the resolution available on the majority of HDTVs under $3,000 CAD. 1080p displays are available from across all manufacturers’ ranges, from their entry-level sets all the way through their high-end sets. Pricing differences come into effect for differentiating features such as refresh rate (120 Hz, 240 Hz, etc.), smart/connected TV functionality (such as WiFi mirroring, built-in Netflix, YouTube, etc.), backlight technology (local dimming, edge-lit), size, and even shape (more below).

4K televisions, with their increased pixel density, are typically only advantageous on very large sets (65” and larger) but are also useful in small sets for a different reason: the ability to sit closer to your television without losing image detail. As you move closer to your television, the individual pixels on a 1080p TV become more apparent, causing the image to lose detail, but with a 4K television, the higher pixel density due to the smaller pixels compensates for this effect. For those that doubt the need for increased resolution, while the shift from 1080p to 4K isn’t as visually drastic as the switch from standard definition to high definition years ago, it really is something that must be seen in person to appreciate. A visit to a local retailer with 4K televisions will drive this point home.

4K televisions currently command a 60 per cent (or more) premium versus their 1080p counterparts but as with all technology, this gap is narrowing quickly. A 50” Samsung UN50HU7000 4K TV can be found for approximately $1,700 CAD versus about $1,000 for a similar 1080p set from Samsung.

To connect these 4K television sets, HDMI has been updated to version 2.0 but fret not, most existing HDMI v1.4 cables, receivers, and other devices will support 4K up to 30 fps. The upgrade to HDMI v2.0 brings 60 fps, wider colour gamut, 32 audio channel support, and other features.

Native 4K content is still sparse but there are both digital media storage devices from Sony and Samsung, as well as online streaming services, including Netflix, which provide 4K content. Sony’s 4K movie and show library boasts over 200 titles, with each movie download consuming over 40GB. Movies purchased or rented are stored on Sony’s 2TB-equipped FMP-X1 4K Ultra HD Media Player. For online streaming services such as Netflix, utilizing the new HEVC codec, a broadband connection with a sustained minimum of 15 Mbps is required to stream 4K content such as House of Cards. Sites such as YouTube and Vimeo already support 4K streaming and services such as Amazon (unfortunately not yet available in Canada) are set to roll out their own 4K streaming offerings shortly. One very important thing to note with downloads and streaming is that with the huge amounts of data being transferred for 4K content, consumers should be especially aware of their monthly broadband traffic allotments if they do not have an unlimited plan. For those that prefer physical media, new triple-layered Blu-ray discs with a 100 GB capacity to support 4K content will arrive in 2015, allowing users to purchase 4K content instead of having to use their Internet connections.

As a stopgap measure until more native 4K content is available, all UltraHD TVs feature 4K upconversion, which interpolates lower resolution content for display on the UltraHD sets. This is done with varying degrees of quality but overall, the mainstream manufacturers (LG, Samsung, and Sony) do a decent job thanks to their experience with digital imaging and processing. On the other hand, UltraHD sets from off-brand manufacturers such as Seiki don’t do as well, often resulting in blocking, aliased images.