Meet the Maker: An Interview with Charles Kirmuss of Kirmuss Audio 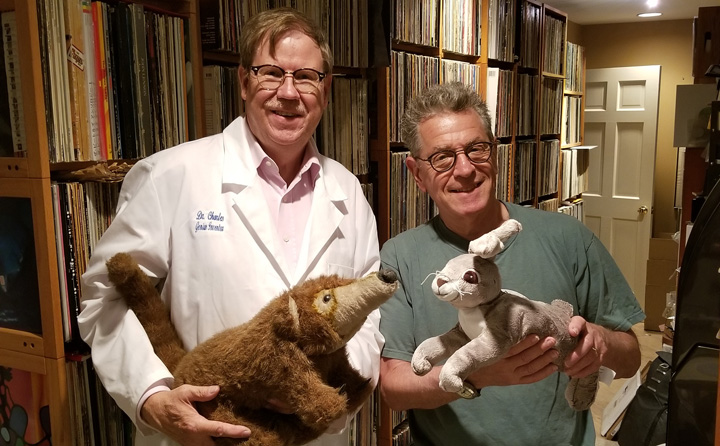 Kirmuss Audio has been making some big waves in the audio world over the last several months, since the introduction of the company’s Ultrasonic Vinyl Restoration System. Earlier this month I had the opportunity to chat with founder Charles Kirmuss and learn some insights about his company as well as his innovative vinyl restoration system.

SK (Suave Kajko): I understand that you began building your own audio components and speakers at a very early age. How did you get the ‘audio bug’ when you were so young?

CK (Charles Kirmuss): Everyone in school thought I was a nerd because I got good grades. But the fact is that I studied little and remembered everything. At the age of 8, my interest in shortwave radio and music as well as woodworking inspired me to build a speaker cabinet from plans in the “Mechanics Illustrated” magazine. I purchased the drivers from a store called Heathkit in Montreal, which was just up the street from my home, nearby a well known audio retailer Filtronique. Fast forward some 40 years, and Filtronique is now a customer of Kirmuss Audio! My next project was a tube amplifier with huge panel meters. During my high school years every Friday my friend Robert, now an MIT mathematician, and I took the Montreal Metro to St. Catherine Street and visited every audio shop from the east end to the west. We started at Radio Lorenz at 6PM, then worked for an hour at Layton Audio in exchange for equipment, and ended up at the Audio Shop on Mountain Street. All of these stores still exist today. The Audio Shop closed at 9PM but we often stayed until 10 PM listening to music. They were the speaker “test lab” for Mcintosh products. I still own the McIntosh equipment from the Audio Shop, as well as an Akai GX-747 reel to reel and a Nakamichi Dragon deck from Layton Audio.

SK: When did you start manufacturing cables under the Kirmuss Audio brand and what cables do you currently offer?

CK: Our company has been manufacturing cables for perimeter security for homeland security devices since 1991. Then in 2015, BK Butler of Butler Audio asked us to develop a “crossover friendly” and “neutral sounding” cable for audio applications. Butler Audio has been designing and building vacuum tube music products and guitar pedals for over 25 years for some of the biggest artists in the business, including Elton John, Billy Gibbons (ZZ Top), David Gilmour (Pink Floyd) and Eric Clapton. The Kirmuss Audio Adrenaline loudspeaker cable was born out of this relationship with Butler Audio. At the time, it was sold to a select few but now it’s available to all musicians and audiophiles. Shortly after that we developed the Kirmuss Audio Sonice speaker cable. This double shielded non-coaxial 8-guage cable was originally designed for power handling in 2-way radio communications, but it proved to offer an exemplary performance for studio, home and car audio applications. Now thanks to the popularity of the Kirmuss Audio Ultrasonic Vinyl Restoration System, our cables are witnessing unprecedented attention from audiophiles. It’s not uncommon for audio experts to compare our twelve-foot $1,200 speaker cables to cables costing nearly 10 times as much. Hmm, …. 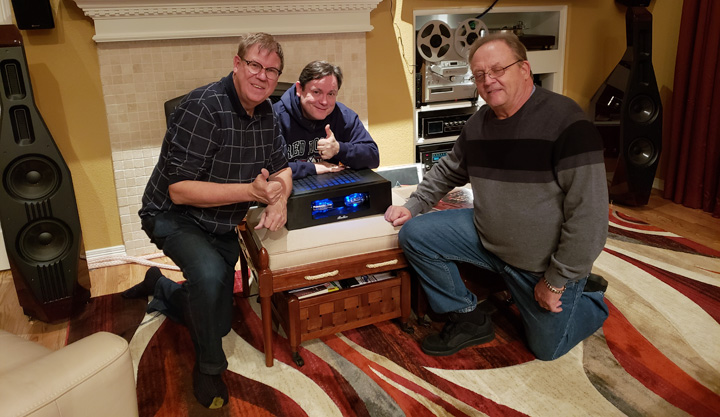 SK: What makes your cables unique compared to other cable designs in the industry?

CK: Nearly all loudspeakers use a crossover network which separates the sound between the drivers and the tweeters, as seamlessly as possible. We focused a lot of attention on how signals flow through the crossover when developing the Adrenaline loudspeaker cable line, which resulted in a very transparent cable that allows the finest of musical details to be heard as intended by the musician. The cable also allows remarkable separation between the instruments which in turn makes the recordings come alive. As a result, many of our Adrenaline cables have found their way into recording studios.

SK: What made you decide to focus on manufacturing strictly speaker cables? Do you plan to expand your product line to include power and interconnect cables in the future?

CK: Rather than developing many cable products like other manufacturers, we decided to focus our efforts on just a few, very carefully designed products: two loudspeaker cables and the Ultrasonic Vinyl Restoration System. I believe that the audio market could use a better silver interconnect cable… hmm, stay tuned!