An Introduction to Phono Stages 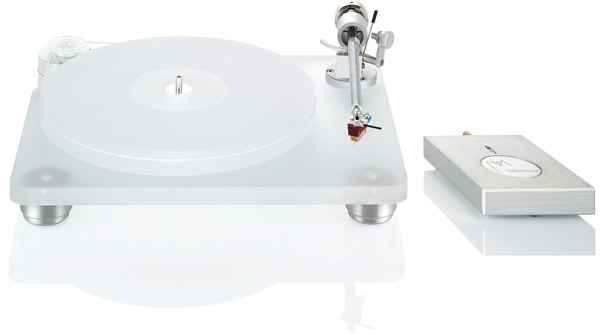 With the resurgence of vinyl and all things related to the medium, more and more people are jumping on the vinyl band-wagon.  No longer is vinyl constrained to the realms of the audiophile; rather, it has begun to proliferate in the hands of the masses.  Some are simply attracted to vinyl for nostalgic reasons, others because it’s hip and trendy.  However, there are a growing number who appreciate the sound that vinyl can deliver, the very unique mix of sonic qualities that it can serve up and for these ones, learning more about vinyl playback is a map to hidden treasures.  For a moment, just consider what goes into playing back a vinyl record.  There is the turntable with its platter, the tonearm, the cartridge with stylus, and then there comes the receiver or maybe a pre-amplifier with accompanying amplifier and of course, the speakers.  Is that it?  Not quite, we’ve missed naming the phono stage, also referred to as the phono preamplifier, phono amplifier, phono step-up or turntable preamp.  Knowing a thing-or-two or perhaps even three about the phono stage is a must for those who hope to reap the benefits from their vinyl collections.  All-too-often the phono stage is reduced to nothing more than an afterthought and it shouldn’t be.

In the past, pre-1990, the typical audio preamplifier / integrated amplifier / receiver came with an input called “phono”.  Those with a phonograph, more commonly called a turntable, simply connected it directly to the back of one of these preamplifiers / receivers, selected the phono input and as simple as that music began to play.  With the introduction of the Compact Disc (CD) in 1982 and its rapid growth thereafter, vinyl sales, as well as those of turntables began to take a dive.  It wasn’t long before audio component manufactures caught on and in their eagerness to cut costs, the phono input soon went the way of the dodo.  What did this mean?  Well, it meant that if you purchased a newer preamplifier / integrated amplifier / receiver, it no longer came with a phono input and there was no way to connect your turntable directly.  Well, to be honest, you actually still could connect it directly but nothing remotely listenable would be heard. Why?  It’s because the output signal of the common turntable is very different then that of a CD/DVD player, tape deck, computer sound card or even a portable music player – enter, the phono stage.

Now that you know what a phono stage is and in most simple terms, why you need one, let me explain what a phono stage actually does.  As mentioned earlier, a phono stage modifies or stages the direct output signal of a connected turntable.  This staging involves two key aspects: 1) boosting and; 2) equalizing.

Boosting
Turntables generate an electrical output signal via their cartridge and incorporated stylus / needle assembly.  The movement of the stylus as it travels within the grooves of the record is converted into an electrical signal by way of very tiny magnets within wire coils within the cartridge.  This electrical current is sent via small and delicate wires through the inside of the tonearm and out via the turntable’s output cable / plug connections.  Since the cartridge and magnets are so small the generated electrical signal is also very small and much lower than that of a typical CD / DVD player.  In fact, the direct output voltage of a turntable is generally a 1000 times less (sometimes much, much lower) than that of an average CD / DVD player.  This requires that the direct output signal from the turntable be boosted (or preamplified), before it is sent to a preamplifier / receiver.  Since the phono stage actually preamplifies the direct signal from the turntable, before it is sent on to the preamplifcation circuit within a connected preamplifier / receiver – the phono stage could actually be considered a pre-preamplifier (and no, that’s not a stutter). 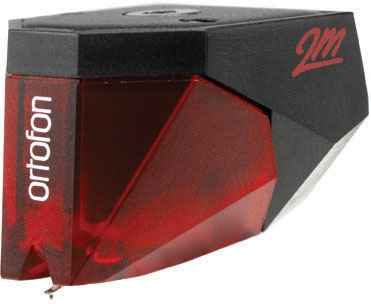 Cartridge Type (MM or MC)
Along with the key aspects of boosting and equalization that a phono stage provides, the type of cartridge used with the turntable must be considered.  Magnetic pick-up cartridges are by far the predominant class of cartridge used today and they come in two main varieties: moving magnet (MM) and moving coil (MC), with MM being the more prevalent.  Within a MM cartridge, a magnet moves inside a fixed coil, while within a MC cartridge quite the opposite happens, the coil actually moves around a fixed magnet.  Due to this fundamental difference in design, MM and MC cartridges provide significantly different output characteristics.  MM cartridges generally provide between 2 – 10 mV and MC cartridges about ten times less, in the neighbourhood of just 0.2 – 1.0 mV.  Though there area a few high-output MC cartridges that can provide an output voltage similar to that of a MM.  In addition to the dramatic differences in voltage output, there are also significant differences in output impendence and the resulting load that MM and MC cartridges present to the phono stage.  A typical MM cartridge will have an output impendence of around 47,000 ohms, whereas, an average MC cartridge has an output impendence of somewhere between 10 and 1,000 ohms.

What do these differences in MM and MC cartridges mean, when it comes to the phono stage?  Well, it means that MC cartridges demand more signal boost given their lower output and will demand that the phono stage works harder to maintain control of the output, given the low output impendence.  To address these more demanding needs of a MC cartridge, a MC compatible phono stage must provide an additional level of boost to the output signal from the turntable.  This additional step-up in voltage is accomplished by way of a pre-pre-preamplifier stage (yes, that’s pre-pre- pre and it’s still not a stutter).  It should also be noted that to perform well, a MC cartridge will also need a phono stage that has a lower noise floor than one, which might happily work with a MM cartridge.  Given these fundamental and substantial differences in output, there exist today, phono stages that are designed for MM cartridges, others that work only with MC cartridges and yet others that are purported to work with both MM or MC cartridges.  In the case of the latter, purists will claim that there are always compromises, so phono stages designed to handle both MM and MC cartridges will favour either MM or MC and not perform equally well with both types.

Tube or Tubeless
Much like with most other audio components, when considering a phono stage the quandary of whether to-tube or not-to-tube comes into the mix.  Three different types of phono stages exist: solid-state, valve or hybrid.  The bulk of phono stage products, especially those in the more affordable range are of solid-state / transistor designs but there continues to be a number of valve / tube-based products, as well as those which are of a hybrid design – utilizing a combination of solid-state and tube.  In these hybrid designs, the tubes are typically used as an output buffer to condition and soften the output signal before it is sent to a connected preamplifier.  All three designs have their supporters and which is best depends on a number of variables, including the cartridge, turntable, connected electronics and speakers as well as personal preferences.

So you have a preamplifier or receiver that has an integrated phono input, which works with your MM or MC cartridge.  Are you done?  Maybe, if you’re enthralled by the sonic performance but as it goes with everything in audio, the question begs, is there something better?  If this is on your mind, it is worth considering whether a stand alone phono stage might be the best way to improve your vinyl rig.  Since vinyl playback is not all about the turntable, tonearm and cartridge – it could be that your phono stage is the weakest link in the chain.  Most phono stages that come integrated within a preamplifier / receiver are simply a low-cost solution; of course, there are always exceptions.  As the price and quality of the preamplifier and/or the cost of an integrated phono stage option increases, so should the performance but this is not a certainty.  Logic would have it that a stand-alone phono stage that has been designed specifically to optimize vinyl playback should outperform something that has been designed as a convenience add-on, within a multi-featured product like a preamplifier or receiver.  In reality, even this is not a certainty.  The point here is that the phono stage plays an important role in a vinyl playback system and any decisions require that you do your homework to ensure a positive result.  My recommendation is that you do your research, talk to your dealer, talk to fellow enthusiasts and audition the candidates carefully before you invest.  Just two last words – caveat emptor.

Here are a few examples of stand-alone phono stages with approximate pricing: