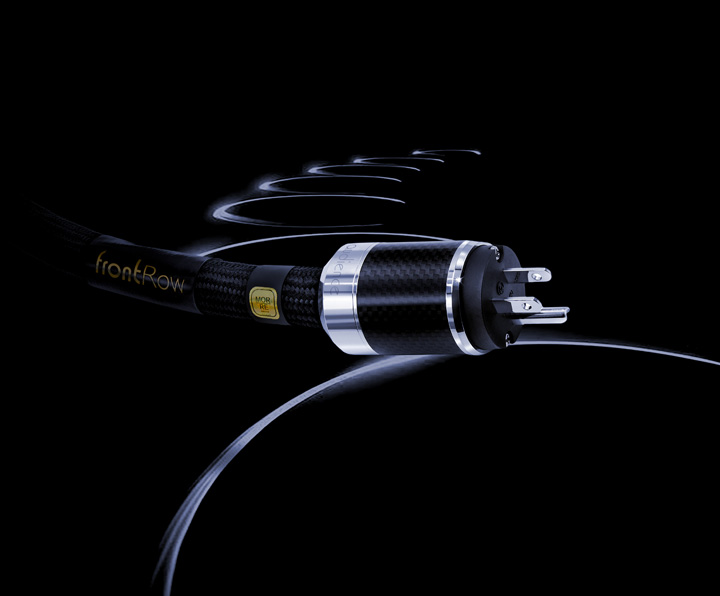 Southern California based Audience has been a highly respected audiophile cable manufacturer for decades and a maker of some of the best power conditioning products on the market. Interestingly, they also designed and brought to market unique single driver loudspeakers, and supply ultra high quality OEM parts, including transformers and capacitors, to other manufacturers.

My statement about Audience’s power conditioning products comes from direct experience. I’ve owned and used their aR6 and aR2 conditioners for a number of years now. They are essential parts of my systems, and help maximize performance by providing clean and consistent current to all the attached components. I can personally recommend the power conditioning line without hesitation to all audiophiles.

I also reviewed their best signal and power cords, the Au24 line, a number of years ago. While not inexpensive, they were exceptionally neutral sounding, and very well made. The interconnect and speaker cables excelled at finesse, while the power cables were among the best I had tried at that time.

Audience has not churned their product line over the years. Instead, they keep their designs intact unless they feel there has been a dramatic breakthrough in performance or parts. Conversely there are numerous audiophile cable companies that scrap their entire line bi-annually and replace it with “upgraded” models. Clearly, for others, this a tried and true sales generating tool.

Audience seems to have taken the attitude that offering consumers products that will stand the test of time in the long run is the better way to go. When they do introduce a new version of their products, they offer upgrades at reasonable prices to existing models where possible which is a nice touch. 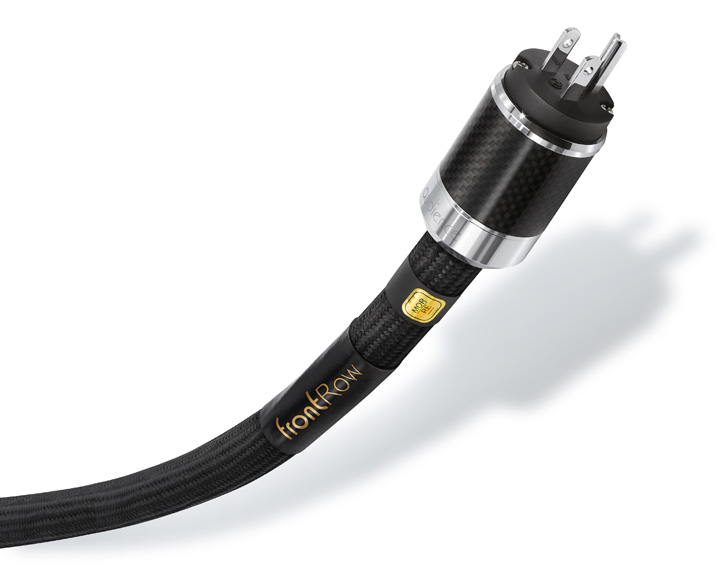 Well it turns out that Audience has been quite busy in the R&D department. They have just released their first new line of cables in some time called frontRow. Audience says the frontRow cables are the distillation of all their proprietary technology and designs. The flagship frontRow line consists of power cables, RCA and XLR interconnects, as well as a loudspeaker cables.

The frontRow series, in the spirit of clever and concise marketing, represents what Audience calls “MORRE”. The improvements brought by this series are the sum and extension of the numerous details of cable design that Audience has addressed with their SX series introduced a few years earlier. In brief, Audience says that they took a comprehensive approach to the design of the frontRow series, which included the selection of conductive materials, dielectrics, and connectors. In addition they took into consideration, the cable’s electrical properties with respect to resistance, capacitance, and inductance, as well as physical attributes like resonance, and the use of cryogenic treatments.

According to Lenny Meyeux, the Vice President of Sales and Product Development for Audience, here’s how the company made the decision to develop a new line of cables that would set a new benchmark for performance:

“When developing SX, Audience was looking to take the hallmark of Audience sound (resolution, speed, neutrality, soundstage, air, and harmonic accuracy) and improve dynamics, midrange density, and resolution of both micro and macro dynamic shifts. That was a lofty design goal to hit, but we think nailed it.

We knew we were on to something and wanted “more.” That is when the design concept for frontRow was born. The design team at Audience worked to find methods for a more predictable and linear flow of signal, decrease electron scatter in signal transmission, and lower the noise floor. We call this process MORRE: Musically Optimized Reduction of Resistive Energy.

We wanted to take the “live” and “dynamic” characteristic of the SX series and bring you to the “frontRow”, which gives you the feeling of being a part of the music and get you as close to the real thing as currently possible. The frontRow are hi-resolution, rhythmically complex, holographic, neutral, and dynamic. The frontRow is both dynamic and delicate, revealing the greatest of dynamic shifts, and the smallest and subtlest of details in a natural and real manner, as if you were in the frontRow”

But wait, there is actually, well, more to MORRE. Audience talks about their Extreme High Voltage Process (EHVP), which entails the use of a Tesla Coil. This is beyond my pay grade, but Audience says this process allows for ultimate precision in the manufacturing process. Directionality and cable geometry round out the overview of MORRE. The last stage, as you might imagine, was extensive post production testing.

So all of this being said, the subject of this review is Audience’s new flagship power cord, which is christened the frontRow powerChord. There are two versions of this powerChord – one called the HP (10AWG) priced at $6,700 USD (6 feet, each additional foot is $260), and the second one called the MP (14AWG) priced at $6,200 USD (6 feet, each additional foot is $240). Each internal wire is made up of 38 strands of 99.9999% pure Continuous Cast Copper, in 6 bundles, and is assembled in a way to reduce any unwanted interactions. Both the MP and HP version are comprised of the same 14 AWG wire bundles with the difference being that the MP has 1 per leg and the HP has 2 per leg. The dielectric was chosen for its stability and consistency. The very impressive plugs are Audience Rhodium plated copper and are available in 15 or 20 amp flavors.

Three HP (10AWG version) powerChords arrived very beautifully packaged, as one would expect for a power cord in this price range. As a nice touch, there is an included certificate signed by the technician that built them, as well as the person that inspected them in quality control. The cables have some mass to them, but they are surprisingly flexible. I will say that the connection they made with the IEC sockets of my components and the receptacles of my Audience and Bryston power conditioners was the most secure I have experienced with any power cord. Audience sent three samples at my request, one for the power amplifier, the preamplifier, and the DAC.