Both drivers are angled to the mounting surface and can be directed towards listeners so they hear the correct balance of sound. That way, dialogue is crystal clear and special effects come across accurately. 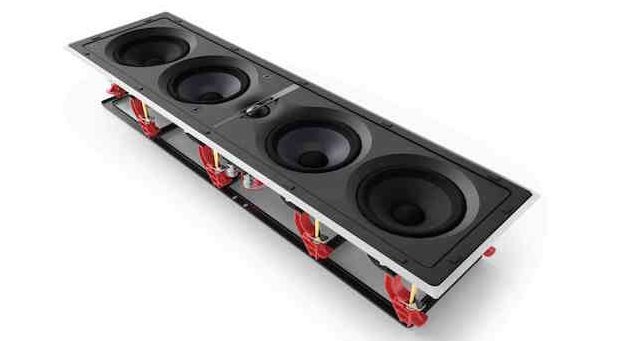 CWM Cinema 7 in-wall speaker does the job of three home cinema speakers – front left, center and front right – yet is incredibly discreet. It can be mounted beside, above or below the screen, ensuring crystal-clear dialogue and dramatic special effects.

Both Cinema 7 speakers feature ultra-narrow bezels and magnetically attached metal grilles that can be customized to complement décor. CCM Cinema 7 is supplied with a round grille but this can be replaced with square.

Cinema 7 speakers are installed in the ceiling or wall using Bowers & Wilkins QuickDogs™ fixings – spring clamps that rotate and clip into place, so you can fit the speaker frames securely, tool-free, with one hand. As well as being quick and simple, they can also cope with almost any thickness of mounting panel. 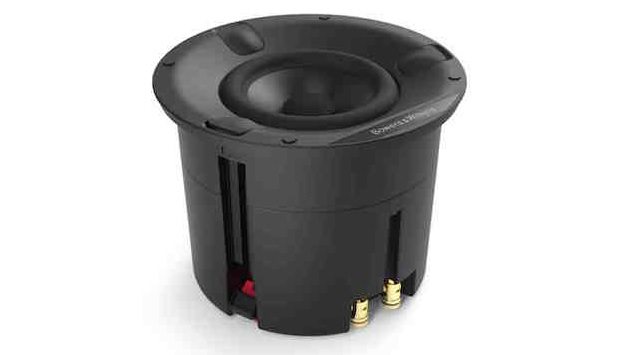 The new CCM632 is ideal if you want the musical fidelity of a hi-fi speaker but the near-invisibility of an in-ceiling speaker. Its full-range 75mm driver elegantly sidesteps a common problem with custom install speakers: small drivers don’t offer enough bass but two-way speakers with a tweeter positioned in front of a bass/midrange driver lead to sound discoloration. The result is a beautiful, balanced and clean sound.

CCM632 is supplied in stereo pairs and comes with both round and square grille/bezel assemblies that attach magnetically.

CCM632 is also the first speaker to feature Bowers & Wilkins new ZipDogs™ fixings. These are similar to QuickDogs™ but they’re quickly fastened from the front with three cable ties. This lets you install the speaker without putting your hand through the mounting hole. This is perfect for CCM632 because it has an integral enclosure designed to minimize acoustic bleed into adjoining spaces.

Look for more information on these and other Bowers & Wilkins products at: http://www.bowers-wilkins.com