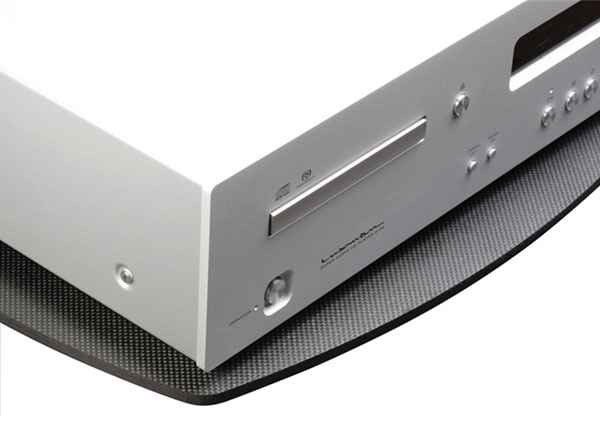 Audio is a wonderful hobby that brings great pleasure to millions around the world through their aural senses. However, few audio enthusiasts will deny that our wonderful hobby is plagued by a few product categories that flatter only to deceive. These are usually promoted by charlatans who talk such a great game, their mesmerizing sales pitches actually brainwash us into believing that we can hear sonic improvements that are non existent. This is why, I am reluctant to listen to a sales pitch before I hear any audio component, based on the premise that if there is a genuine sound improvement, my ears will detect it and I don’t need a sales pitch that could potentially brainwash me.

Having said that, there are a lot of audio related products that seem to fall into the category of snake oil and voodoo but on further scrutiny, they turn out to be the real McCoy after all. The subject of this article deals with such an audio product category, namely, products that help our audio components perform without being subjected to structural and airborne vibrations.

I first encountered this category of products, when my good friend Donald Jeffrey Casser (better known as DJ) tried to get me to try out his vibration busting products. My first reaction to DJ was “I prefer not to waste my time with snake oil”. For the longest time I resisted even trying them out, convinced that it was just not worth my time. Then one day DJ just decided to ship to me his Black Diamond Racing ‘The Shelf’. I was still skeptical but gave in to DJ’s argument that I had nothing to lose by trying it out. I placed the ‘The Shelf’ under my CD player, quite convinced that I would not hear any difference.

Imagine my surprise when this product not only proved me wrong, but also did so very emphatically. I apologized to DJ and thanked him for being so persistent. Sadly, DJ succumbed to lung cancer in January 2012, but the legacy he left behind, lives on. Following that experience, I promised myself never again to dismiss any audio product as voodoo without trying it first, irrespective of how outlandish it looks or how improbable the performance claims are. Thus began my fascinating journey into the world of platforms, stands, cones, pillows, discs and other products that protect audio components from airborne and structural vibrations.

The difference that these products make is not in what they add to the sound but rather what they eliminate. Unbeknownst to most listeners, there is a fair amount of grunge in the sound of most audio systems, which our brains attempt to tune out so that we are not so aware of it. However the effort by our brains to block this grunge does expend energy, which results in higher listening fatigue. A good example to illustrate this point is the ambient noise picked up by our ears and vibration picked up by our bodies that we are exposed to when traveling on an aircraft. After 5 to 10 minutes on the aircraft, our brains tune this out so well, we are not aware of it anymore unless someone brings our attention to it. However, just because we are no longer aware of it, does not mean that it is not taking a toll on our bodies, which is evidenced in the jet lag that we feel after a long flight. If you use noise-cancelling headphones on long haul flights, the jet lag is significantly reduced, thus proving the point.

Today, I use these products extensively in my reference system and I can vouch for the positive impact that they have on the sound. One of the more obvious improvements that I could easily perceive is the reduction in glare (especially with digital sources) while retaining the resolution in the music. There is also a perceivable improvement in the reproduction of the subtleties and nuances in the music, obtained by dropping the noise floor.

As I journeyed through this world of vibration busting products, I discovered that some components benefit more than others from their use. Source components like CD players and turntables benefit the most. Components with moving parts also register a greater degree of performance improvement when compared to their counterparts without moving parts. Amplifiers (especially tube) are also able to perform closer to their optimum level when isolated from structural and airborne vibrations with the most perceptible improvement detected in the bass, which becomes more tuneful.

Although the goals of all vibration isolation products are the same, the modus operandi to reach this goal varies widely amongst various manufacturers. Getting back to my late friend DJ, I have to credit him with developing one of the more effective methods. The technological path that DJ chose was to tap into the unique properties of carbon fiber and its ability to provide vibration and resonance isolation. I remember asking DJ why he chose carbon fiber to which he replied “carbon fiber has five times the tensile strength of steel, I can’t think of any other material that would be better for use in vibration isolation”.

BDR products use aerospace grade carbon fiber, which is crafted to military specifications. The modular system of BDR products offer a very good upgrade path in that, they can be used in isolation and in combination with other BDR products. There is a boon for those with limited budgets as you can start with the affordable BDR cones, pillows and discs and then slowly build up to the shelves. This means that you can ease into the world of vibration isolation as quickly or as slowly as your pocket book will allow.

Moving up the food chain of vibration isolation products brings us to Harmonic Resolution Systems whose stands cost more than many total high-end audio systems. Mike Latvis, the brains behind HRS, took a path to vibration isolation that is quite different to the one adopted by BDR. 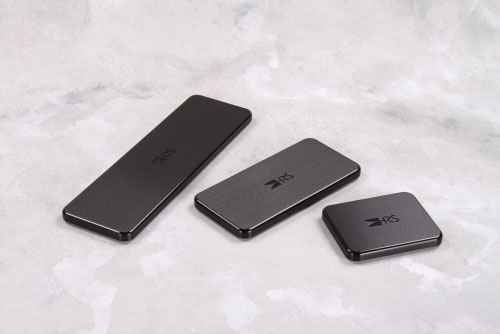 According to Mike, the vibrations that plague audio systems come from multiple paths and over a broad frequency range. In his view, the best isolation systems should reduce vibration across the entire spectrum of input frequencies and from all sources. The two primary sources of performance degrading vibration are structure borne and air borne. Structure borne vibrations are either transmitted through adjacent structures of audio equipment or can be inherent within the design and construction of the component itself. This vibrational energy undergoes modification as it travels to the sensitive circuits in the component and can be amplified when the stiffness of the supporting structure or the component itself has a natural frequency near the invading frequency.

The main source of air-borne vibration is the sound generated by your loudspeakers. Other sources can be loud human voice and vibrating devices, which generate sound waves that reach the audio components. Like structure borne vibrations, the frequency range of airborne vibrations is broad and complex. These vibrations can travel from the source through the air and directly impact the outer shell of the audio component or they can be transmitted through the structures used to support your audio equipment. A portion of this air-borne energy is converted into mechanical vibration when it contacts the audio equipment and support structure of your system. 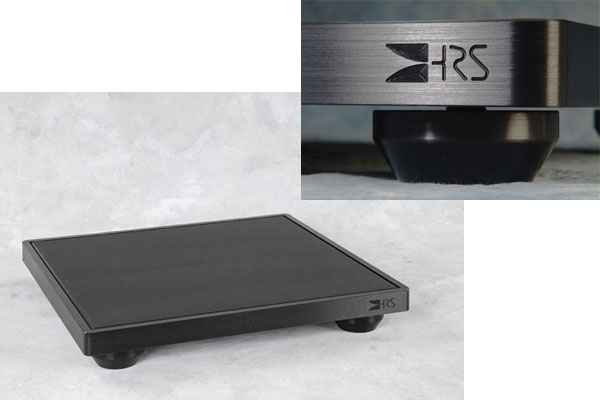 The HRS Isolation Base minimizes input vibration, provides significant levels of isolation, and controls residual energy by employing optimized geometry, mass, impedance, and a proprietary elastomer formulation. According to HRS, this eliminates harmful vibration across the audio spectrum by maximizing energy dissipation and by converting chassis noise to heat.

To control airborne vibrations and resonance, HRS offers damping plates that are placed on the top of components. These employ mass, stiffness, and a proprietary elastomer formulation to convert into heat, the airborne vibrations that pollute the chassis of the component.

Another highly regarded brand of vibration busting products is Critical Mass Systems, which was founded by Joe Lavrencik. I had the pleasure of dealing with Joe a few years ago and he proved to be a very knowledgeable and passionate individual.

Rather than trying to dampen the vibrations that plague audio components, Joe decided to take a completely different route, which he calls direct coupling. In this methodology, Joe’s design functions like an antenna in that it actually attracts airborne and structural vibration and then forces it to travel evenly in all directions so as to dissipate literally into thin air, without allowing it to adversely affect audio components. According to Joe, this is a superior method to the vibration dampening method used by many of his competitors.

There are many other brands of vibration busting products in price ranges from just $10 to $10,000 and beyond. If you decide to obtain the benefit of these products, I would suggest that you try them out before you pull the trigger. This is because with this category of products, price is not always the best indicator of performance level. I have come across many reasonably priced products of this genre that totally outperform their counterparts that cost 7 to 10 times their price.

It would also be wise to choose a product with a price that is in line with the cost of your audio system. For example, it may not be too prudent to invest $ 4,500 in vibration control products when your audio system costs $7,000. You may also want to weigh the option of upgrading your component against buying a vibration control product that will set you back for the same amount.

For instance, if you own a $500 CD player, upgrading to a $1,000 CD player might be a better option than buying a $500 vibration control platform to place under it. That is not to say that the platform will not make your $500 CD player sound like a $1,000 model. Rather, what I am recommending is that you try out both options to gauge which one will give you bigger bang for your buck.

I was surprised to discover that the better vibration control products have better than average resale value in the world of audio. These products, when listed on Audiogon or CAM sell really fast even when they are priced at 50% to 70% of their brand new price. This in itself is a testament to their proven performance.