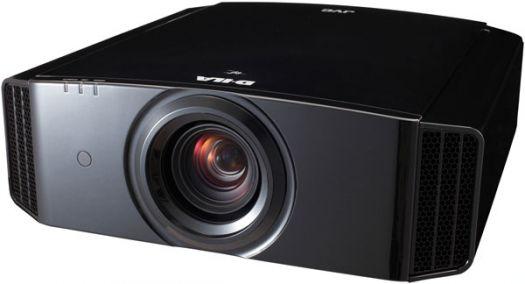 All models include three 0.7-inch 1,920 by 1,080 native D-ILA imaging chips and include a new lens memory function with three settings for storing custom focus, zoom and lens shift position.

In these two top models a combined 16-step lens and lamp aperture adjustment allow the user to optimize the f-number (relative aperture) of the optics system in all steps.

JVC is including two pairs of active-shutter 3D glasses and three-year warranties with the top-of-the-line 4K projectors.

The third projector being shipped is the DLA-X30, which also delivers 3D images and 1080p resolution but omits the e-Shift 4K conversion.  It offers a 50,000:1 native contrast ratio and comes with a two-year warranty.

Look for more details at: www.jvc.com.