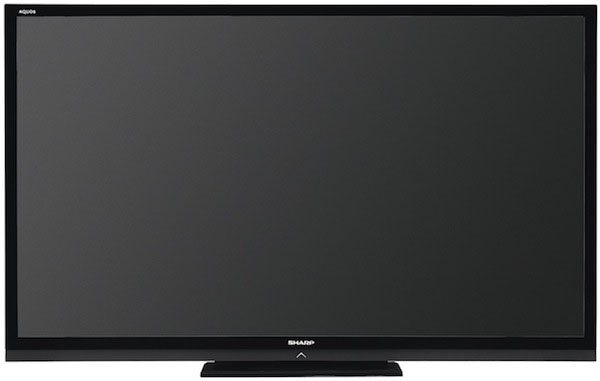 If you aspire to a video wall rather than just a TV, you might want to take a look at Sharp’s new mammoth 70-inch TV.  Sharp has just announced that it is shipping its 70-inch class (69 ½” diagonal) AQUOS Quattron LED LCD TV, model LC-70LE732U, the largest LCD television on the market with sixty-two percent more viewing area than a 55-inch model. The LC-70LE732U retails for $3,799.99 US. The company also announced its plans to ship three more 70? class LCD TVs this summer.

Sharp’s proprietary Quad Pixel Technology adds the color Y (yellow) to the three colors of R (red), G (green), and B (blue) of the traditional television pixel structure. This technology enables the reproduction of colors that have been impossible to portray using conventional LCD displays, such as the brass color of musical instruments. The addition of the yellow sub-pixel also allows more light to pass through to the panel. Sharp’s advanced pixel control technology minimizes light leakage while offering a wider aperture to let more light through.

Sharp will extend its line of 70-inch class AQUOS Quattron LED LCD TVs this summer with the LC-70LE735U (3D), LC-70LE734U and LC-70LE733U models. Each will offer full HD 1080p image resolution and employ Quattron Quad Pixel Technology, and they will feature built-in WiFi and access to the best internet content services. All three models will begin shipping this summer.