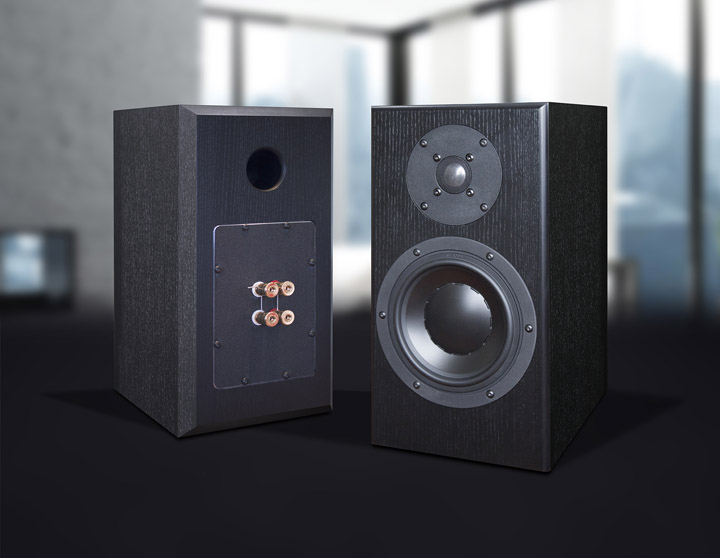 With the Signature One connected to my Jeff Rowland Continuum S2 integrated amplifier, I sat down in my armchair and started queuing up my favourite recordings. My sources included the Sonos system as well as the Gold Note Giglio turntable. The cables in my system consist of a mix of Nordost and Skogrand Cables.

To warm things up and get a general sense of the sound from these Totem speakers, I started off by listening to a few of my ‘summer of 2017’ playlists. These playlists included bands such as The Revivalists, Mondo Cozmo, Death From Above 1979, City and Colour, Muse, Alt-J, Sir Sly, Allan Rayman, The Head and the Heart, and The Weeknd. After just a few tracks, it became clear that the Signature One is a nimble little speaker, capable of much bigger sound than its dimensions suggest. Just as impressively, it offered a remarkably engaging, highly musical sound that was a pleasure to enjoy for hours at a time.

To take a deeper look at its performance, I fired up Phil Collins’ “… Hits”, the English singer-songwriter’s first greatest hits album, released in 2008. Tracks such as Against All Odds, Another Day in Paradise, One More Night and In the Air Tonight played smoothly and melodically on the Signature One. On Another Day in Paradise, Collins’ distinctive voice sang gently, conveying all the melancholy and emotion that form the foundation of this song. The instruments, backup vocals and sonic effects on these tracks combined to produce a large atmospheric soundstage. In the Air Tonight played with a soft mix of vocals, keyboard notes and drums, a sound that’s in line with most of this album. But as we all know, the best part of this songs comes in about three quarters through, when the drum fill jolts into action. This small Totem speaker managed to pump a marvelous amount of energy into my room, putting a big grin on my face. Picturing the gorilla playing the drum kit in my mind, from the viral Cadbury commercial, always helps me paint the full picture for this song. The fluent, natural presentation of the Signature One made it impossible not to lose myself in the music, one of the hallmarks of a well designed speaker.

Next up was “Jump Back: The Best of The Rolling Stones 1971-1993”. This album starts out with the band firing on all cylinders with tracks like Start Me Up, Brown Sugar and It’s Only Rock ‘N Roll. The Signature One speaker offered a fast, dynamic, room-filling sound that immediately captured my attention and had me strumming my favourite air guitar in no time. Softer tracks like Angie, showed that the Totems were also capable of detail and finesse, accurately portraying Mick Jagger’s delicate, quirky vocals. The midrange was clean and articulate. The highs were sparkly and nuanced, while the bass offered great extension and played tunefully. The total balance was right on the money.

Other well recorded albums, such as Songs of Anarchy: Music from Sons of Anarchy, Dire Straits “Brothers in Arms”, and various recordings from Florence + the Machine, demonstrated that the Signature One was also terrific at stereo imaging – painting a wide, well defined musical stage, with a respectable field of depth. This allowed me to peer deep into the recordings. At times, I like to listen to music loud and I was able to turn the volume way up before my ears began detecting any distortion.

But what if you’re hosting a party? I entertain family and friends often, so this is certainly an important consideration for me. And what better place to start with than Luis Fonsi’s Despacito (the Justin Bieber remix), the super hit of this summer? Cranking the volume up to house party levels, the energy of the music belied the physical dimensions of the compact Totem speakers. The sound was remarkably large, the presentation clean across all the frequencies, and the bass played with an articulate, hip-shaking depth. Was it the deepest bass I’ve ever heard from a bookshelf speaker? Close, but it wouldn’t be fair to expect that from a compact speaker at this price point. Just as importantly, thanks to the wide dispersion characteristics of the Signature One, the music sounded great even when I moved around the room, spilling well into my open-concept living room and kitchen. These speakers are certainly happy to entertain you, as well as your family and friends.

My time spent with the Totem Signature One speakers was delightfully fun. These are mighty little speakers that should be a big hit with both serious, long-time music lovers and younger listeners looking to elevate their sonic experience. Regardless of what genre of music I asked them to serve up, these speakers rewarded me with an engaging, musical experience. My review pair came in a standard black ash finish, but you can orders yours in a variety of other colors, including a mahogany veneer and a satin white. Happy birthday Totem – well done!