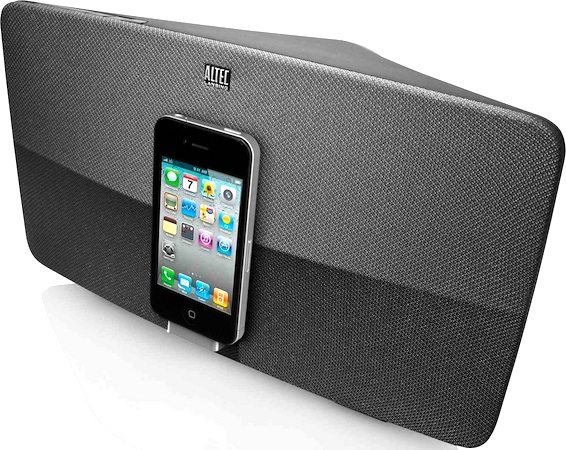 Today’s generation has embraced mobile audio and all the conveniences it has to offer.  Many own i-devices and look for new ways to expand on their use.  One way to do this is to use a speaker dock.  Altec Lansing has just announced a new product to help those with such a desire get there.

The new Altec Lansing Octiv 650 docking speaker system delivers audio, while displaying full screen video from an iPhone or iPod Touch on a TV screen.  Using a free Music Mood app, users can get pre-loaded videos and sounds that are aimed at soothing the user.

Audio is delivered through two 3” full-range drivers and a nested 4” subwoofer for deep bass.  A simple design approach has been taken to allow for a greater match to décor.

Watching Netflix and YouTube videos on a television from an iPhone or iPod Touch is in the cards using the Octiv 650 component and composite video out jacks.  The Octiv 650 also has an auxiliary input and full-featured remote.  In fact, the Octiv 650 automatically pauses when a docked iPhone receives a call.

With Altec Lansing’s free Music Mood app. users can watch and listen to a number of videos and sounds such as a crackling fireplace or a calming river stream with the app’s Ambient Sound and Visual Library. Also included within the Music Mood app is a graphic equalizer.