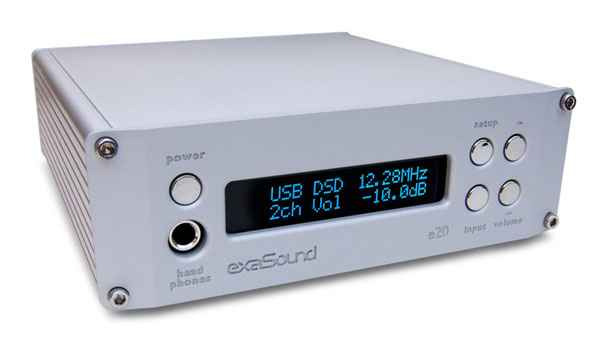 exaSound’s DAC’s have always stayed ahead of the curve, and the latest e20’s DSD 256+ capability not only goes beyond the capabilities of all other DAC’s on the market today, it is ahead of current recording technology. This ensures that audiophiles will be enjoying studio master files the way they were recorded – without down-sampling or down-conversion – well into the future, without equipment upgrades.

In addition to offering the highest digital audio resolution, the e20 DACs have vanishingly low levels of jitter, distortion and noise, creating an astonishingly clean and analog-like sound. Detailed measurements, specifications and subjective impressions are available at www.exaSound.com.