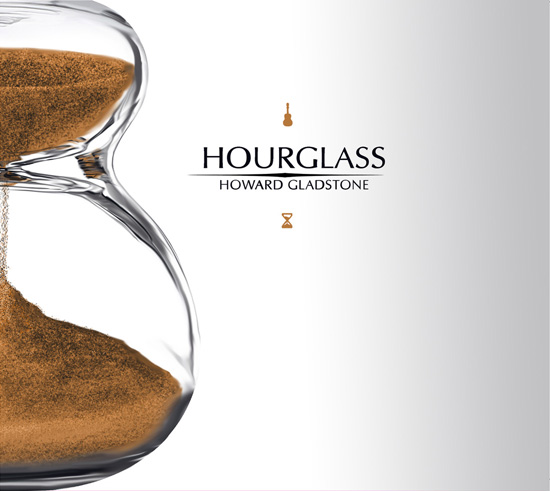 Three years after spinal surgery Howard Gladstone has returned to music with a higher level of commitment and inspiration, and deeper understanding of its’ healing power. Gladstone has written songs that reflect a quiet despair, but answered by a message of hope, perseverance and optimism. The songs on HOURGLASS have resonated well with early reviewers, audiences and international radio airplay.

Howard Gladstone has deep roots in the audio and video industry. He is the founder of Torus Power – a leading company specializing in audio/video power conditioning. He previously founded Plitron Manufacturing – renowned worldwide for high performance toroidal transformers for high-end audio.

HOURGLASS is envisioned as a traditional album with side A (tracks 1-5) featuring all acoustic instruments, while side B (tracks 6-9) adds drums (Bob Scott), electric guitar plus instrumental surprises including electric sitar and large vocal chorus.

High-resolution versions of Hourglass can be downloaded from leading audiophile sites including prostudiomasters and hdtracks.   Also available on Apple Music, iTunes, Spotify and more.